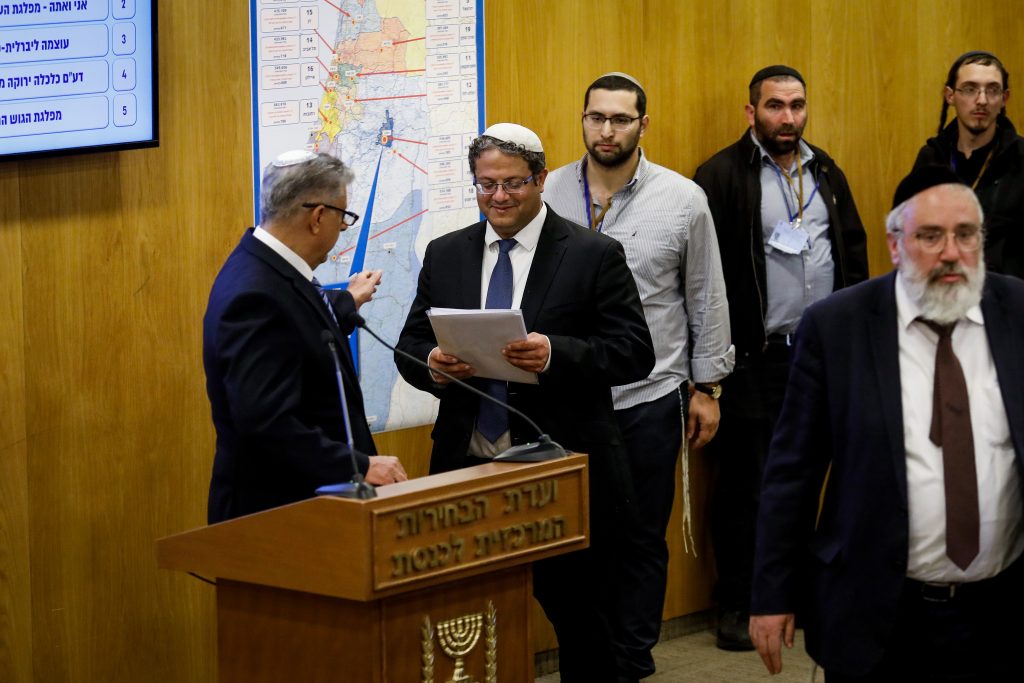 Prime Minister Binyamin Netanyahu on Thursday called on Itamar Ben-Gvir to drop Otzma Yehudit’s election campaign after the party was left out of Yamina, the new union of right-wing parties.

In a statement, associates of Netanyahu placed the blame outright on New Right chief Naftali Bennett for “putting the entire right-wing rule in danger” through his veto against adding Otzma Yehudit to his joint party list.

On the other hand, “the prime minister praised the leadership shown by Minister Rabbi Rafi Peretz, who despite the heavy personal cost tried to minimize the damage cause by Bennett to the right-wing bloc and saved votes in the bloc.”

“Now the prime minister expects Ben-Gvir, despite the difficulty, to drop the race in order to ensure right-wing rule.”