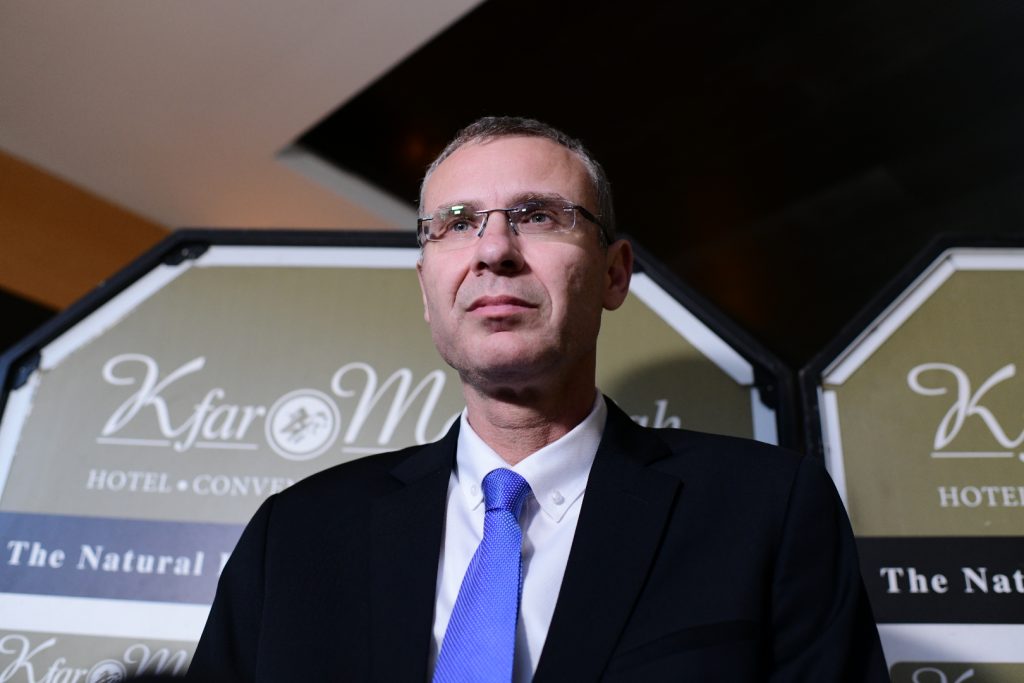 Had Jewish Home and the New Right not agreed on running together on a single list, the Likud might have removed Naftali Bennett from his position as defense minister, according to Tourism Minister Yariv Levin. Speaking on Kan Bet, Levin said Thursday, “I am not definitively saying that would have happened, but we couldn’t have a situation where the Defense Ministry would have been turned into a campaign tool for Bennett against his rivals in Jewish Home. Fortunately we were able to avoid this.”

The last-minute decision by Bennett and Jewish Home’s Rafi Peretz to join forces is welcome, but there is plenty of criticism to go around, said Levin. “Religious Zionism is an important movement, but it is suffering from a leadership crisis. The events surrounding the unification deal were not very respectable. The political bickering that they were all involved in is not the way parties that want to win elections act. I am talking here about Bennett and the other leaders of these small parties. Throughout the process, Bennett was unable to get over his own politicking and show true leadership, and neither were any of the others.

“It’s difficult to understand these divisions,” Levin said. “Look at the United Arab List. Balad and the Islamic Movement have very strong differences of opinion, but they manage to overcome them and work together so that no votes are wasted. On the right, you need a microscope to determine the differences between the parties. On the right, it’s all about ego.”

The unity deal, reached literally at the 11th hour – less than 60 minutes before the midnight deadline when final party lists had to be submitted to the Central Elections Committee – places Bennett as first on the list, with Peretz second. Ayelet Shaked moves to third place, while National Union head Betzalel Smotrich is fourth.

Prominently missing from that list is Itamar Ben-Gvir of Otzma Yehudit, who had a signed agreement with Peretz that the latter abrogated. Ben-Gvir said Wednesday night that Peretz “calls himself education minister, but he stabbed me in the back. For them, it’s all about ego. Bennett, Shaked and Smotrich are fighting like little children for jobs, and a lying education minister – none of them are worthy of leadership. Otzma Yehudit will run independently to save the lost votes of the right.”

Ben-Gvir was not the only politician upset at Peretz’s abrogation of the agreement with Ben-Gvir. Veteran Jewish Home MK Moti Yogev announced he was leaving the party. “Earlier Wednesday night, Rafi Peretz wrote in a social media message that he couldn’t break his deal with Ben-Gvir because ‘a promise is a promise,’ but he erased that message a few minutes later because he knew that his promise was no longer a promise. Throughout his term he has acted unfaithfully, has been unable to show leadership, and has acted against the wishes of the public. He is not worthy to be a public servant. I will not run in the coming elections. Instead, with the help of others, I will work to rehabilitate Jewish Home.”