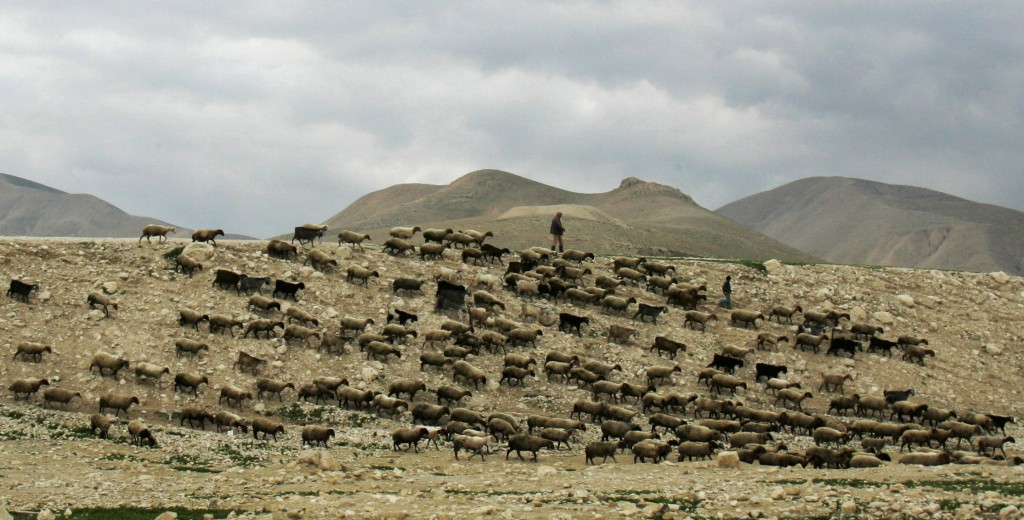 Farmers and shepherds brought their stock in trade to the center of the country Thursday morning, as they protested outside the Ra’anana residence of Defense Minister Naftali Bennett – letting calves and sheep graze on his lawn. The farmers were protesting an ongoing boycott of the Palestinian Authority against Israeli agricultural products, while Israel freely allows PA produce into Israel.

The PA began banning the import of live sheep and calves from Israel over four months ago, similar to a ban on the import of Israeli-produced mutton, which was implemented last year. Israel retaliated against that ban by preventing the import of PA agricultural products, and the PA lifted its ban. The bans on Israeli imports were part of efforts to “disengage” the PA economy from that of Israel.

The ban had hurt the incomes of Israeli farmers, but it turned that the real victim of the ban was the Palestinian consumer, who saw the price of fresh lamb and veal skyrocket in recent weeks, as Israeli-grown animals constitute a large part of the meat supply in the PA – as much as 90% of the market. The PA market for live sheep and calves is worth about NIS 700 million annually, with some 600 moshav families and 1,800 workers affected.

A deal was worked out between Israeli and PA negotiators to allow more PA produce into Israel in exchange for an end to the boycott – and while Israel has indeed increased import allocations of PA-grown fruits and vegetables, Israeli cows and sheep are still largely banned from the PA.

Farmers demanded that Bennett do something to end the boycott. “We expect the defense minister to act on our behalf,” Ran d’Levy, one of the protestors, told Channel 12. “We have a huge arsenal of tools to halt this boycott, but so far we have not used them.” Farmers unloaded calves and sheep from their trucks and released them to graze on Bennett’s lawn, saying that they had no money to feed them with. After about half an hour, Bennett came out of the house to discuss the matter with the farmers, Channel 12 reported.