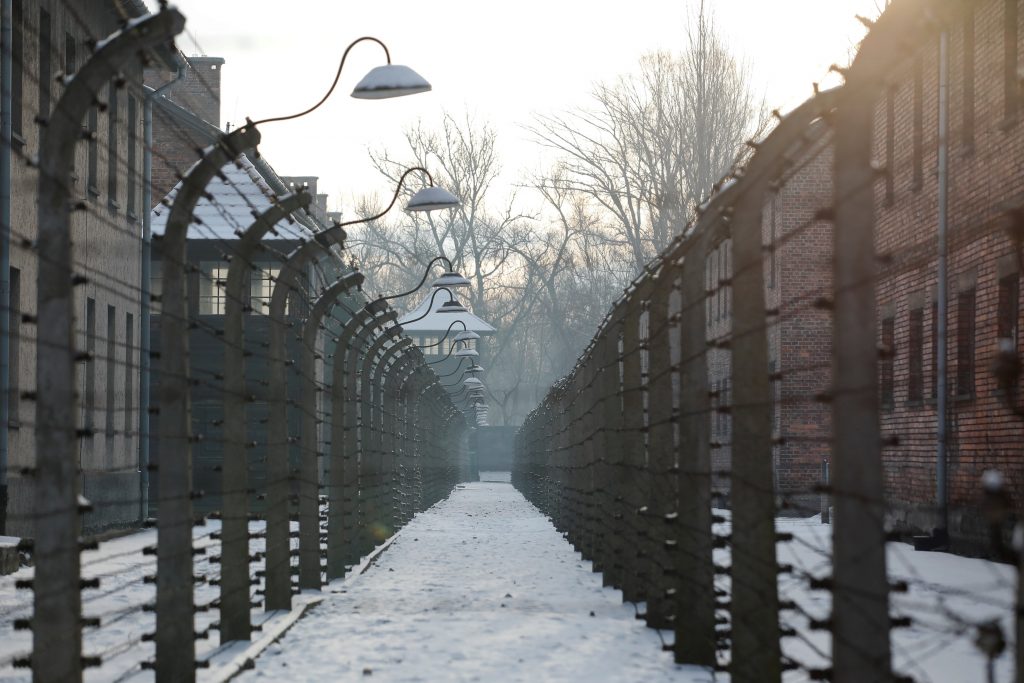 Extraordinary security measures will be in place beginning next week, as dozens of world leaders – including 24 presidents, 4 kings and 4 prime ministers wing their way to Israel to participate in the commemoration of the 75th anniversary of the liberation of the Auschwitz concentration camp. The events will take place at Yad Vashem in Yerushalayim, and as a result many of the city’s streets will be closed at various times of the day to ensure full security for the visitors.

Among the world leaders set to participate are Russian President Vladimir Putin, French President Emmanuel Macron, President of Germany Frank-Walter Steinmeier, President of Italy Sergio Mattarella, President of Austria Alexander Van der Bellen, Spanish King Felipe VI, Britain’s Prince Charles and many others. Leaders are expected to begin arriving on January 22, for the event that will take place on the following day.

Beginning January 20, all flights that usually leave Ben Gurion Airport’s Terminal One will be moved to Terminal Three, with Terminal One on lockdown, dedicated to processing the flights of the world leaders who will participate in the event. The only exception will be flights to Eilat, which will continue to leave from Terminal One. Officials said they expected no delays in any flights, leaving or arriving.

Most of the visitors will be staying at the King David Hotel in Yerushalayim, which is almost entirely rented out for visitors to the event. Police will be out en masse in the area, in order to ensure secure passage for the world leaders to Yad Vashem and other destinations, as well as to prevent protests and demonstrations outside the hotel and Yad Vashem – such as those planned by supporters of Naama Yissachar, the Israeli who was recently sentenced to seven years in prison in Russia for drug possession. Putin is expected to visit with President Reuven Rivlin at his residence in Yerushalayim, and Naama’s mother told Rivlin that she would “block Putin’s entry” into the residence bodily, demanding an audience with him about his daughter.

The event is being sponsored by the World Holocaust Forum Foundation. The Foundation’s President, Dr, Moshe Kantor, said in a statement that the event “is especially important because as the Holocaust recedes further into the past, some of its memory is being forgotten and its lessons are no longer being learned. ’Never Again’ is an action plan, one that we must reclaim as a call to protect the future while remembering the past. This event will provide a unique opportunity for world leaders to stand up and declare ‘enough’ to antisemitism, intolerance and racism and stop the hate.”