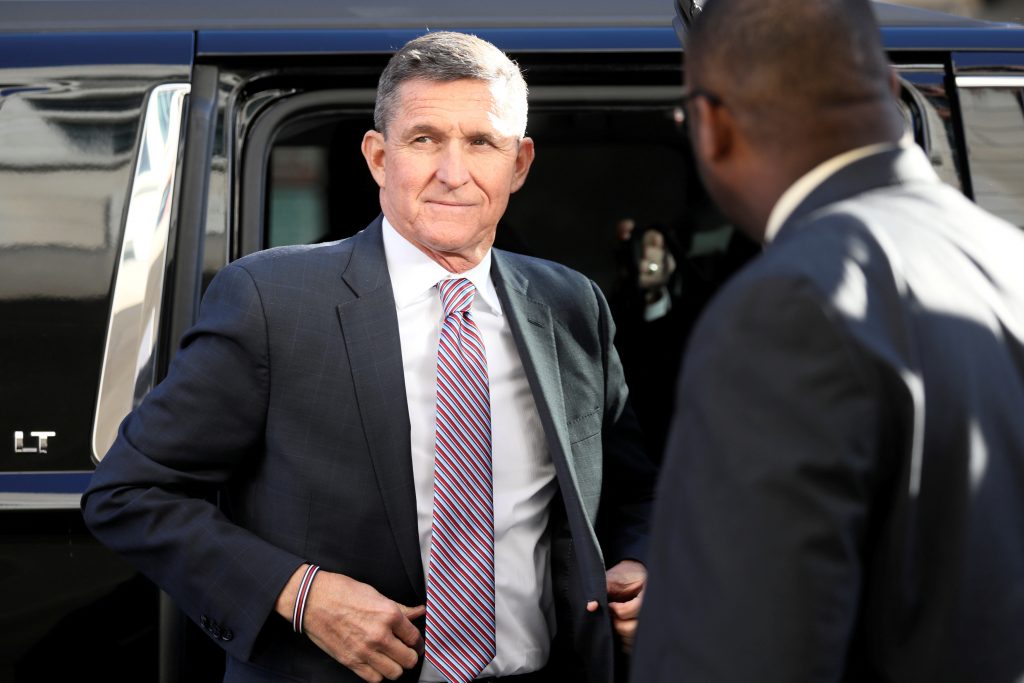 Former Trump administration national security adviser Michael Flynn filed court papers Tuesday to withdraw his guilty plea, saying federal prosecutors had acted in “bad faith” and broken their end of the bargain when they sought prison time for him.

The request came one week after the Justice Department changed its position on Flynn’s punishment by recommending he serve up to six months behind bars for lying to the FBI during its investigation into ties between the Trump campaign and Russia.

Prosecutors had earlier said Flynn was entitled to avoid prison time because of his extensive cooperation, but the relationship with the retired Army lieutenant general grew increasingly contentious in recent months, particularly after he hired a new set of lawyers. Those attorneys have raised repeated misconduct allegations against the government — which a judge has since rejected — and prosecutors have responded by calling into question whether Flynn truly accepts guilt.

It was not immediately clear how the judge handling the case, Emmet Sullivan, would respond to the motion or whether he would actually permit Flynn to withdraw the plea — an extraordinary step that would presumably enable the government to bring additional charges if merited.

In the court document, filed two weeks before Flynn’s scheduled sentencing date, defense lawyers said the Justice Department was attempting to “rewrite history” by withdrawing its recommendation that he receive probation and by suggesting he had not been forthcoming or cooperative.

They asked to withdraw the plea because “of the government’s bad faith, vindictiveness, and breach of the plea agreement.”

“Michael T. Flynn is innocent. Mr. Flynn has cooperated with the government in good faith for two years. He gave the prosecution his full cooperation,” the lawyers wrote.

“He endured massive, unnecessary, and frankly counterproductive demands on his time, his family, his scarce resources, and his life,” they added. “The same cannot be said for the prosecution which has operated in bad faith from the inception of the ‘investigation’ and continues relentlessly through this specious prosecution.”

The case has taken a tortured path since Flynn’s guilty plea in 2017 to lying to the FBI about his conversations during Trump’s transition period with then-Russian ambassador Sergey Kislyak.

He cooperated extensively with the government over the next year.

But his December 2018 sentencing hearing was abruptly postponed midway through it at Flynn’s request after scathing criticism from Sullivan raised the prospect that he might send him to prison, even though prosecutors hadn’t recommended that hearing.

Flynn asked that the hearing be put off so that he could continue cooperating with prosecutors in hopes of avoiding any prison time.

But the Justice Department opted not to have Flynn testify in the Virginia trial of a former business associate, saying that shortly before trial, he changed his account and contradicted his own past statements — making him unreliable as a witness. Flynn’s lawyers rejected the government’s characterization in their new filing.

A spokeswoman for the United States Attorney’s office in Washington did not immediately return an email seeking comment.