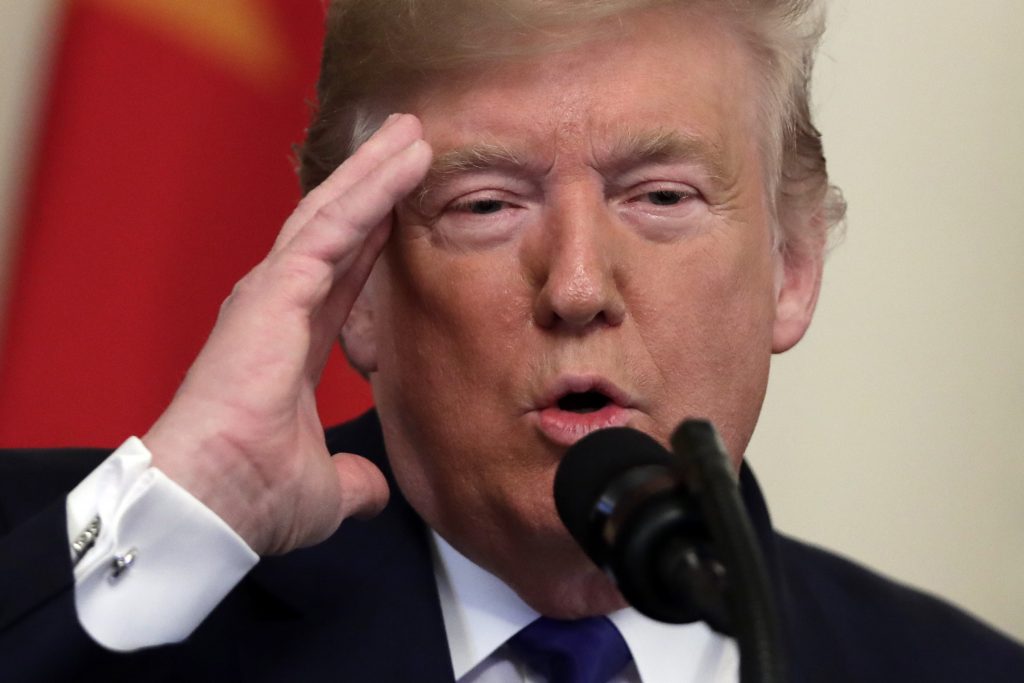 The Democratic-led House of Representatives voted on Wednesday to send two formal charges against President Donald Trump to the Senate, clearing the way for only the third impeachment trial of a U.S. president to begin in earnest next week.

Lawmakers voted 228 to 193 to give the Senate, controlled by Trump’s fellow Republicans, the task of putting him on trial on charges of abuse of power for asking Ukraine to investigate political rival Joe Biden and of obstruction of Congress for blocking testimony and documents sought by Democratic lawmakers.

The vote, which also approved a team of seven Democratic lawmakers named by House Speaker Nancy Pelosi to serve as prosecutors in the trial, was largely along party lines.

The 100-seat Senate is expected to acquit Trump, keeping him in office, as none of its 53 Republicans has voiced support for removing him, a step that under the U.S. Constitution would require a two-thirds majority.

But Trump’s impeachment by the House last month will remain as a stain on his record and the televised trial in the Senate could be uncomfortable for him as he seeks re-election on Nov. 3, with Biden a leading contender for the Democratic nomination to challenge him.

“We are here today to cross a very important threshold in American history,” Pelosi said on the House floor before the vote.

Pelosi launched the impeachment inquiry in September after earlier resisting such a move centered on Trump’s actions to impede a federal investigation that documented Russian interference in the 2016 election to boost his candidacy.

House Intelligence Committee Chairman Adam Schiff, a Trump nemesis who served as a federal prosecutor in Los Angeles for six years, was selected to head the team of House “managers.” The White House has yet to unveil its defense team. The trial was overseen by U.S. Chief Justice John Roberts.

Trump, during a White House signing ceremony for a China trade deal, took a few shots at what he called the impeachment “hoax.” He excused House lawmakers who needed to go to vote on impeachment and singled out for praise every Republican senator in the audience, whose support he will need at the trial.

Opening statements in the trial are expected next Tuesday, according to Senate Majority Leader Mitch McConnell, whose fellow Republicans will set the rules for the trial.

A pivotal event in Trump’s impeachment was a July 25 telephone call in which he asked Ukraine’s president to open a corruption investigation into Biden and his son, as well as a discredited theory that Ukraine, not Russia, interfered in the 2016 U.S. election.

Democrats have called this an abuse of power because Trump asked a foreign government to interfere in a U.S. election for his own benefit at the expense of American national security. Biden is one of 12 candidates vying for the Democratic nomination to face Trump in the presidential election.

Republicans have argued that Trump’s actions did not rise to the level of impeachable offenses. They have accused Democrats of using the Ukraine affair as a way to nullify Trump’s 2016 election victory.

Democrats also accused Trump of abusing his power by withholding $391 million in security aid to Ukraine as leverage to pressure Kiev into conducting investigations politically beneficial to him. The money — approved by Congress to help Ukraine combat Russia-backed separatists — eventually was provided to Ukraine in September after the controversy spilled into public view.

“The president considered that his private ATM machine, I guess,” Pelosi said of the aid on Wednesday.

Schiff, 59, spearheaded the House impeachment investigation and he is a frequent target of Trump attacks. Trump in December called Schiff “a deranged human being.” The House managers also included Jerrold Nadler, who crafted the two articles of impeachment against Trump as House Judiciary Committee chairman, and Val Demings, a former police chief of Orlando, Florida.

Schiff urged Republicans to allow more evidence and witnesses at the trial. McConnell has resisted the idea of calling witnesses, saying senators should consider only the evidence amassed by the House.

“If McConnell makes this the first trial in history without witnesses, it will be exposed for what it is, and that is an effort to cover up for the president,” Schiff told a news conference.

Democrats want Trump’s former national security adviser John Bolton summoned as a witness. Other impeachment witnesses have said Bolton was a vocal critic of the effort by Trump’s administration to pressure Ukraine.