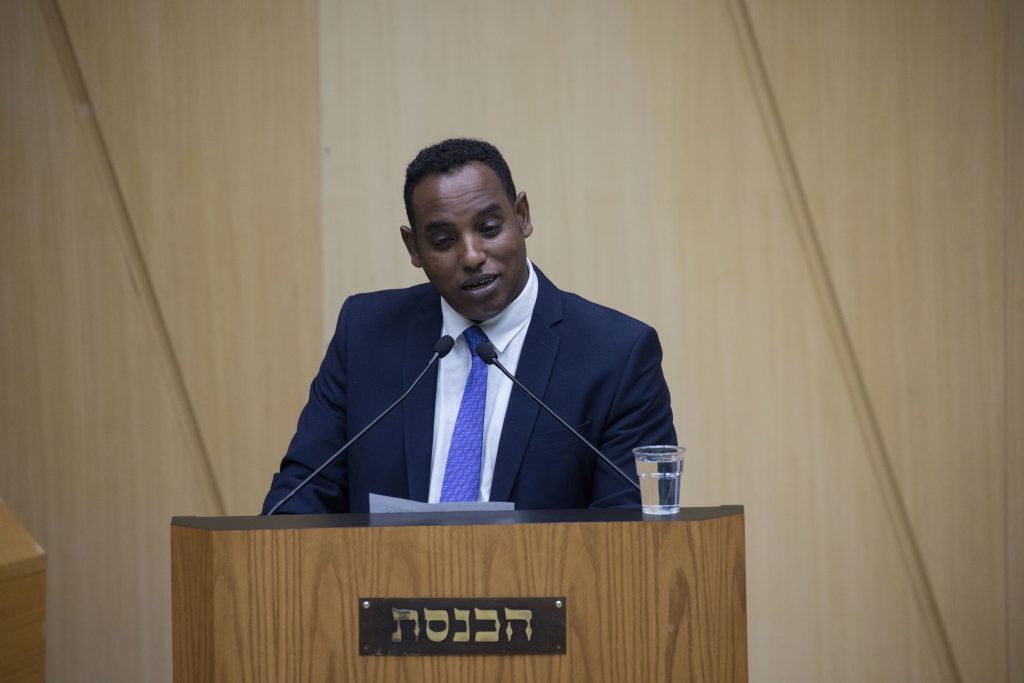 Opening himself up to charges of racism, Blue and White head Benny Gantz threw MK Gadi Yevarkan out of his party Wednesday, after Yevarkan met with Likud officials and Prime Minister Binyamin Netanyahu over the possibility of switching parties. In a terse statement, Gantz said that “I decided together with Telem party head Moshe Yaalon to remove MK Yevarkan from the list of Blue and White candidates for the 23rd Knesset.” Yevarkan was 33rd on the Blue and White list. His spot will be taken by attorney Michal Kotler, identified with the Religious Zionist public.

Yevarkan had received an offer from the Likud to place him 20th on the list. According to Ha’aretz, he told Gantz that he wanted a more favorable place on the list in order to remain with the party – and Gantz decided to fire him. The Likud wants Yevarkan on the list in order to shore up its support in the Ethiopian community, which was lacking in the April elections.

Meanwhile, reaction on social media to the move was sharp on both sides, with Likud supporters and members of the Ethiopian community accusing Gantz of racism. “You only threw him out because he was an Ethiopian,” a typical response to Gantz’s announcement read. “If this were a white MK you wouldn’t dare to such a thing.” Blue and White supporters, meanwhile, said that Yevarkan had no place in the party, comparing him to former MK Alex Goldfarb – who in 1994 jumped from the right-wing Tzomet party to establish a new party that voted in favor of the Oslo Accords, selling out his ideology for a ministry and a chauffeur-driven vehicle.

Meanwhile, there was a question on whether the Likud would be able to include Yevarkan on its list. In response to a question regarding the legality of a current MK switching parties, the Central Elections Committee said Wednesday that this was not permitted. “A candidate who agrees to attach his name to another list cannot do so, and if he does, his name will be eliminated from both lists,” the Committee said. Final lists on who is running with which party need to be submitted to the Committee by midnight Wednesday.