Business AUTO REVIEW: Kia Puts Even More Joy in the Soul for 2020
Business 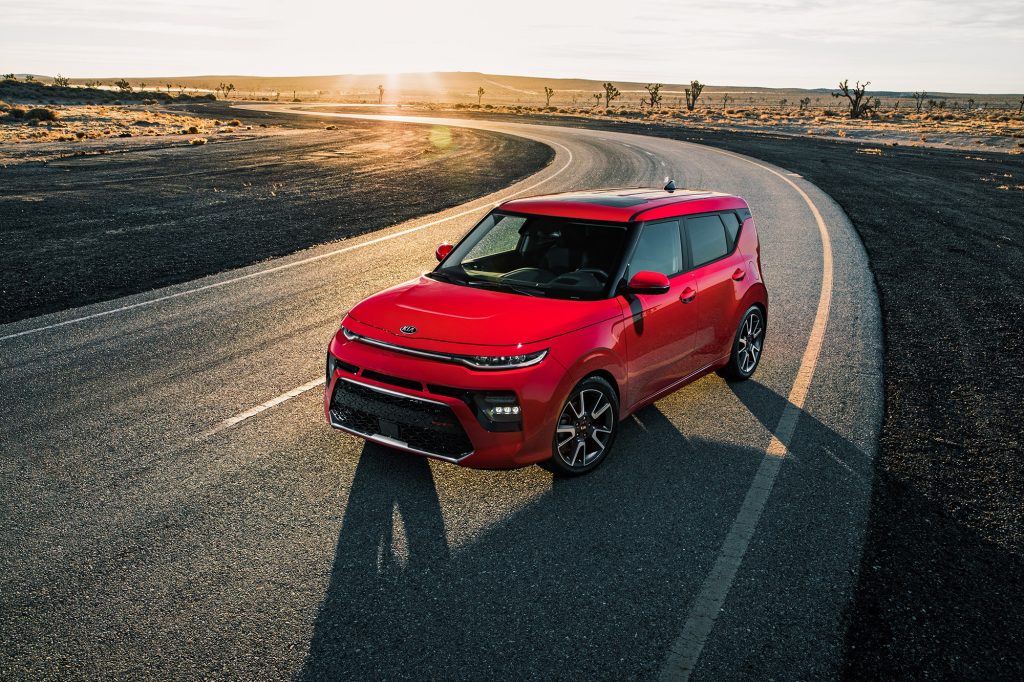 Reality: Better yet — the Soul of a Mini.

What’s new: I’ve often waxed poetic on Kia’s ability to address its cars’ shortcomings with each model upgrade. For most consumer goods, “new and improved” equals “same crap, shiny new packaging,” but Kia and Hyundai have mostly avoided that.

Now, with the turbocharged engine and 7-speed transmission of the GT-Line, though, the Soul takes improvements to new heights.

Because my wife has a 2015 Soul, I’m able to offer a real insider view of this boxy Kia. I only wish it were possible to retest the previous version alongside every new car.

Beyond that, though, it offers plenty of passing ability and quick acceleration from corners.

One downside, though — the front-wheel-drive has about reached its limits. Sometimes the front wheels feel as if they will rip away from the rest of the car.

Shifty: The 7-speed shiftable automatic transmission serves the car well. Operating gears yourself adds the most oomph, but a lazy passing maneuver on the interstate while holding seventh gear doesn’t take forever either.

The lever or paddles provide two ways of shifting, and both work well.

On the road: And the best part — the notoriously bouncy-house ride has departed the Soul. The car now feels sedate on the bumps compared with its early years and even compared with the 2018 model I last tested. This GT-Line was smooth like a regular car. Nice.

A la mode: While all the fun and frolic happen in Sport mode, it is best used only above 30 mph or so. Below that, Sport feels far too jerky, especially in stop-and-go traffic.

In that case, Normal mode and automatic transmission work fine together. Normal mode at higher speeds, though, feels a lot like my wife’s 2015 model — nice enough, but definitely not a super fun car. (Someone’s sleeping on the couch tonight.)

Friends and stuff: Rear-seat passengers will continue to enjoy spacious accommodations, with a nice, low hump and accommodating rear seat. Sturgis Kid 4.0 has made this the basis for comparison as he stretches out his long, long legs.

Though the Soul is slightly more rounded as well, its cargo space is not affected — still at a cavernous 62.1 cubic feet (24.4 with the rear seat up) and besting many medium-size SUVs.

Play some tunes: Kia has made some changes to its vaunted infotainment system. It’s evolving the way most are — to a shorter, wider display — but fortunately, Kia still sees the benefit of keeping buttons outside the touchpad for changing source or switching to a map view. Dials control volume and tuning. The system is as easy as ever.

Sound is about a B+/A-, somewhat clear but not as adjustable as it could be.

Keeping warm and cool: The heater controls have not really changed over the years — dials for the temperature with buttons for source and fan speed. Everything works well, and our Soul experience has been running it on Auto and the temperature remains fairly consistent.

Night shift: Those squinty headlights up front work as expected — providing less shine up high where it would be so useful. Not the worst, but it used to be better. The interior lights are pretty and don’t get in the way, fortunately.

Fuel economy: This also keeps improving as well. I averaged about 28 mpg in a pretty hard-core round of driving. Feed the GT-Line turbo whatever.

How it’s built: Consumer Reports predicts the Soul’s reliability to be 5 out of 5.

In the end: With the improved reliability to round out all the new joys of the Soul, it’s just a shame that Kia isn’t offering this in an all-wheel-drive version.