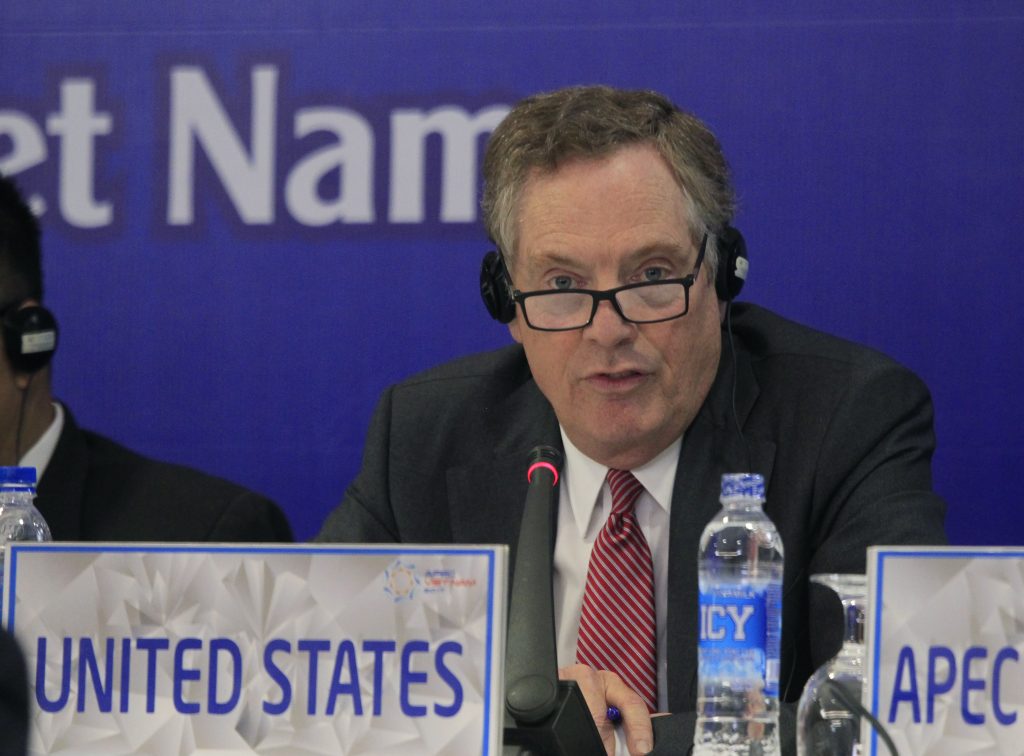 The United States, the European Union and Japan proposed new global trade rules on Tuesday to curb subsidies they say are distorting the worldwide economy, with China their clear target.

A day before Chinese officials are due to sign the first phase of a trade deal with the United States in Washington, Beijing is again the focus of criticism from its main trading partners.

The Phase 1 U.S.-China deal will lead to China buying more U.S. products, but not tackle hard issues such as subsidies.

The proposed rules are the outcome of two years of trilateral discussions, but are only a precursor to the hard work of convincing other WTO members, including China.

They also mark a note of harmony in U.S.-EU relations, strained by U.S. tariffs and disputes over aircraft subsidies and EU auto exports.

The three partners intend to bring their proposals to the Geneva-based WTO, with as many countries involved as possible, even if probably not all the WTO’s 164 members.

“This would only make sense if the big subsidizers were on board,” an EU source said.

The EU last year hailed a breakthrough in talks with China on industrial subsidies and believes Beijing’s desire to keep the WTO afloat may make it more flexible.

Meanwhile, Beijing has said it would be more ready to discuss industrial subsidies if talks also extended to agricultural subsidies prevalent in the West.

The WTO already bans any subsidies which are used to boost exports or to give an advantage to local over imported goods.

They would also seek to ban other large subsidies, such as to prop up zombie enterprises, to create overcapacity or to lower input prices unless the subsidizing country can prove there are no negative effects.

They are also seeking to devise rules to end forced technology transfer and current WTO rules that allow countries such as China, Korea and Singapore to designate themselves developing countries, which enjoy advantages.