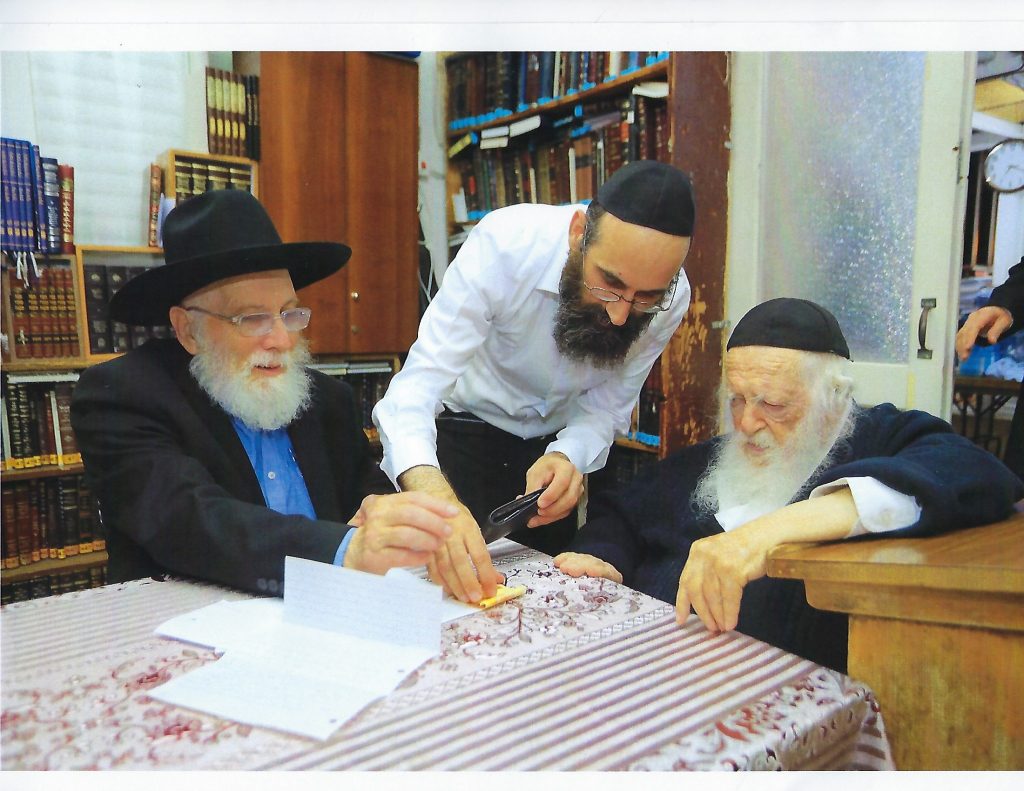 These four meaningful words were inscribed below the high school yearbook picture of Rabbi Moshe Mordechai Leibiker, z”l, whose sheloshim we are marking this week. It described him precisely in his youth and remained his hallmark for the rest of his life.

Reb Moshe was born on 15 Teves 5708/December 28, 1947, to Harav Yochanon, z”l, and Mrs. Sara Leibiker, a”h, two Polish Holocaust survivors who miraculously survived the war in Siberia. Scions of a long line of talmidei chachamim, the Leibikers got married in Bahi, a suburb of Paris where the refugees of various yeshivos gathered, before coming to America under the auspices of the revered Rosh Yeshivah of Novardok, Harav Avraham Yafen, zt”l. Together with other members of their generation, they built families under trying circumstances and, with phenomenal siyatta diShmaya, laid the foundation for the thriving communities we have today, baruch Hashem.

In 1965, one year after graduating Torah Vodaath high school and learning in beis medrash and night college, Reb Moshe opted out of the then-typical route and instead followed his heart’s yearning to learn in the Mir in Eretz Yisrael. In light of this unusual decision, his friends made him a good-bye party and chipped in $10 apiece (a small fortune in those days) to buy him a used movie camera for $300, so that he could capture some of the sights of Eretz Yisrael and share them with his friends who didn’t have the zechus to join him. For three long years he toiled in Torah there, reinforcing his reputation as an outstanding masmid, blessed with depth and clarity, as well as an exemplary baal middos and yerei Shamayim. He became exceptionally close to the venerated Rosh Yeshivah, Hagaon Harav Chaim Shmuelevitz, zt”l, and learned b’chavrusa with his esteemed son-in-law, Hagaon Harav Nachum Partzovitz, zt”l. Reb Moshe did not come home for Yom Tov and only left Eretz Yisrael once, briefly, during the Six-Day War, when he went to Switzerland to wait out the miraculously short war.

I was a very young girl when my beloved brother learned in Eretz Yisrael. We missed him tremendously and communicated very regularly on aerogrammes — thin-paper blue airmail letter/envelopes that took about a week to 10 days to arrive. Phone calls were unheard of, not only because they were astronomically expensive but also because phones were so rare in Eretz Yisrael. We cherished every word in these letters.

Upon his return, Reb Moshe again earned a reputation as an outstanding masmid and talmid chacham in Yeshiva M’kor Chaim, where he became close with the venerated Rosh Hayeshivah, Harav Binyamin Paler, zt”l. Even though his life did not ultimately follow the anticipated script, he dealt with serious challenges with deep emunah and his strong commitment to Torah and mitzvos never wavered.

When our parents moved to Eretz Yisrael in 5744/1984, he also moved to Ashdod. There, in Rovah Chet, he established a whole new set of dear friends, primarily in the Gerrer and Vizhnitzer communities, where he davened and learned on a regular basis, as well as in Melitz and Pittsburgh. He davened slowly and with deep concentration. He sought to bring people closer to Yiddishkeit at every opportunity. He gave candies to the kids in his building on their way to cheder so that they go happily and learn with sweetness. He davened fervently for others and rejoiced in their good tidings. He undertook to personally help and raise funds for several talmidei chachamim on a regular basis, as well as for several almanos. He frequently asked halachic and hashkafic she’eilos from Rabbanim and Poskim and displayed genuine emunas chachamim. He was a model of yashrus. He spent a lot of time learning Pirkei Avos comprehensively with my father and used notes from these sedarim to compile a sefer based on the traditional meforshim, presented in simple language.

In the last year and a half of his life, Reb Moshe was struck with a serious illness. Time and again, he miraculously survived several medical crises, to the astonishment of top doctors in Shaare Zedek hospital. He made a kiddush Hashem during his prolonged stay there in the way he spoke to and dealt with the medical staff. (He once spent a considerable amount of time searching for a nurse to whom he had promised a present.) He davened with emunah peshutah, despite his surroundings and illness and constantly thanked Hashem for his progress. He accepted his yissurim b’ahavah and used every ounce of his strength to pursue Torah and mitzvos, chessed and tefillah.

His whole demeanor reflected one who had a new lease on life and a mission. In and out of the hospital, he forged ahead diligently with many of his goals. He increased his learning sedarim in various venues, undertook new daily commitments, and worked intensely on refining his manuscript in between. He came close to the final production of his sefer, which will iy”H be published in the near future. He yearned for Moshiach and spoke of his imminent coming regularly. In fact, he recently purchased two suits, one for Shabbos and one to greet Moshiach.

Once he had a goal, nothing stood in his way. He started a new daily seder in Mishnayos with a chavrusa during his illness and was almost mesayem Shishah Sidrei Mishnah. Even as his body deteriorated, his soul and spirit soared.

The day he was niftar he was in a very happy frame of mind. His son and daughter-in-law were coming from America in two days and he was being transferred to a rehab the next day. With these pleasant thoughts, he returned his purified neshamah to the Yeshivah Shel Maalah on 13 Kislev. 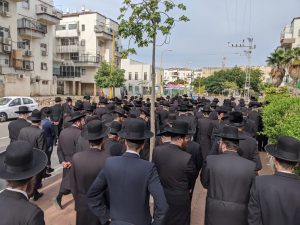 The maspidim at the levayah, who spoke with deep emotion and awe, included Harav Meshulam Meshulami, Rosh Kollel in Bnei Brak and a mechaber sefarim; the Melitzer Rebbe of Ashdod, shlita; Harav Moshe Yechiel Zeide, Dayan, Hayashar v’Hatov, Ashdod; Harav Shaya Rosen, gabbai of the Gerrer shtiebel where the niftar davened; and his grandson. Harav Shaul Dolinger, Rosh Yeshivah in Ashdod, spoke at the beis hachaim.

Reb Moshe is survived by, ybl”c, his devoted wife, Devorah; his son, grandchildren and great-grandchildren; and three siblings.