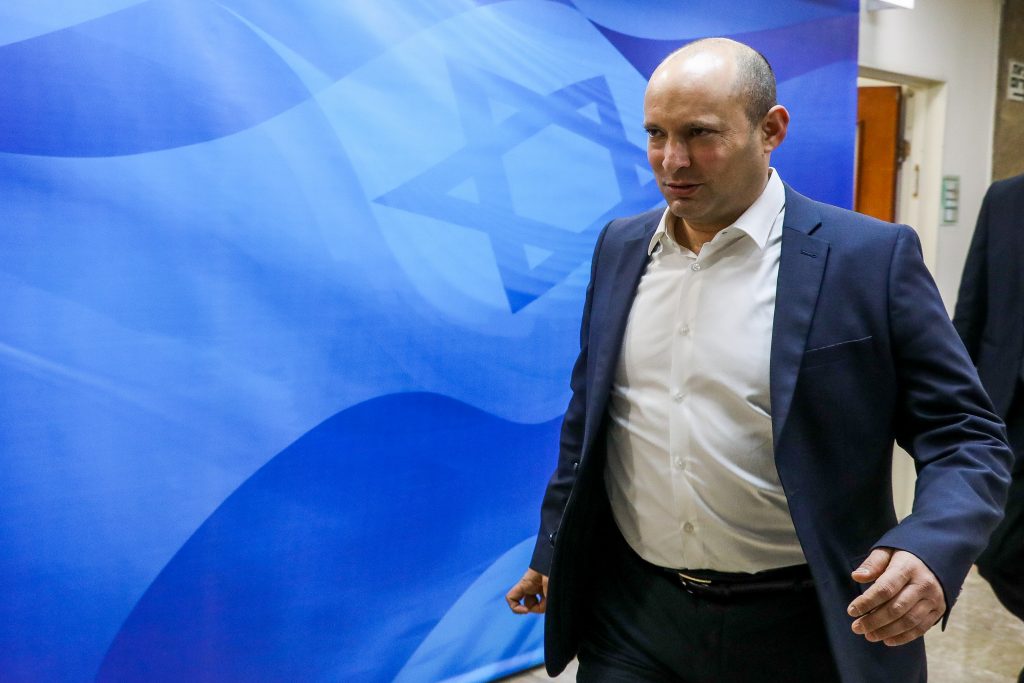 There is pressure from the top on Naftali Bennett to merge with other right–wing parties, including the extremist Otzma Yehudit, in order to maximize the bloc’s chances in the March elections.

Prime Minister Binyamin Netanyahu’s Likud party declared on Monday: “The right must do everything now to prevent [the] wasting of votes. Unfortunately Bennett wasted votes in April and in the last elections [in September] he pushed out Otzma [Yehudit] from his party.”

The statement went on to cite successful unity moves on the other side of the political divide as a role model for recalcitrant elements on the right:

“Just as Orly Levy (of Gesher) found herself in the same party with Tamar Zandberg of Meretz and just as in the Joint List communists and Islamists joined one slate, the responsibility is on Bennett to form a technical bloc in order to save right-wing votes,” the party said.

On Tuesday, Bennett’s New Right party and Bezalel Smotrich’s National Union announced their agreement to a joint run in March.

That was followed by an invitation to Jewish Home, led by Rabbi Rafi Peretz, to hop onto their slate, even though talks between the two broke down on Monday night in a meeting that ended in some disorder.

But Smotrich voiced optimism on Tuesday, saying in a joint statement with New Right that “We took a significant and big step this morning and with the help of G-d, we’ll complete a full union with Jewish Home in the coming hours.”

The implication was, however, that Otzma Yehudit was not included in the invitation. Smotrich was quoted earlier today saying that allying with the party, which is led by followers of late extremist Rabbi Meir Kahane, could “cause damage for generations.”

Jewish Home—now United Jewish Home with Otzma—did not respond favorably. “The true face of Bezalel Smotrich and Naftali Bennett has been exposed — the shattering of religious Zionism,” the party said in a statement.

It accused them of having “hurt the entire right-wing camp.”

In a separate statement, Otzma Yehudit claimed Smotrich had an ulterior motive for initially spurning Jewish Home—its refusal to reserve the fourth spot on the combined list to a National Union MK instead of the fifth.

Meanwhile, Smotrich said that in his unflagging quest for unity, he also met with Zehut Chairman Moshe Feiglin on Monday night, but “unfortunately, he decided not to join us.”

“In light of this fact, around 11p.m., when I understood the full picture, I decided to unite us—the New Right with the Jewish Home and National Union—and I turned my attention to negotiations. By six in the morning, we had completed the process, and this morning we signed.”

Now all he has to do is to convince Rabbi Peretz.

All of Israel’s political parties have until Wednesday midnight to file their electoral lists with the Central Elections Committee.