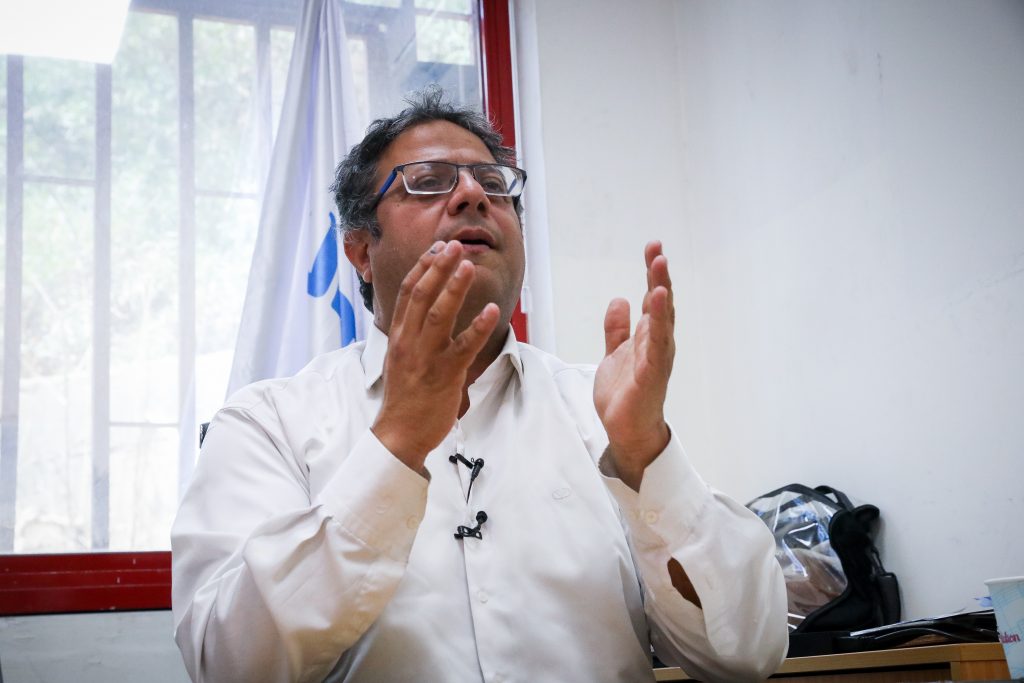 Pressure from Israeli Prime Minister Binyamin Netanyahu on New Right leader Naftali Bennett on Tuesday to merge with Otzma Yehudit did not stop with reminders about how important it is not to waste valuable right-wing votes:

Bennett was also reminded—or threatened—that his position as Minister of Defense could depend on whether he does the politically right thing.

According to Israel’s Channel 12 on Tuesday night, Netanyahu warned Bennett he’ll be fired if he doesn’t heed the call to run a joint campaign with Otzma and Jewish Home (he’s already together with National Union).

Likud sources were quoted as denying there was any outright threat—just a straightforward presentation of the facts of political life. They argued that he could not remain defense minister if he criticizes the premier on the campaign trail, though the connection between the two was not clear. More likely, the threat of termination was wielded to get Bennett to be more conciliatory toward the other parties.

Whatever, the exact nature of Netanyahu’s communication to Bennett and Smotrich, a fresh call for unity went out on Tuesday evening.

The statement said, “Naftali Bennett, Ayelet Shaked, and Betzalel Smotritz have been working hard over the past few days to formulate a single strong list that faithfully represents religious Zionism and the ideological Right.

“We have called and we continue to call on Jewish Home and Rabbi Rafi Peretz to join one victorious party. No vote should be wasted,” they concluded, without mentioning Otzmah Yehudit, the far-right party which has already merged with Jewish Home.

Wednesday midnight is the deadline for parties to file their electoral lists.