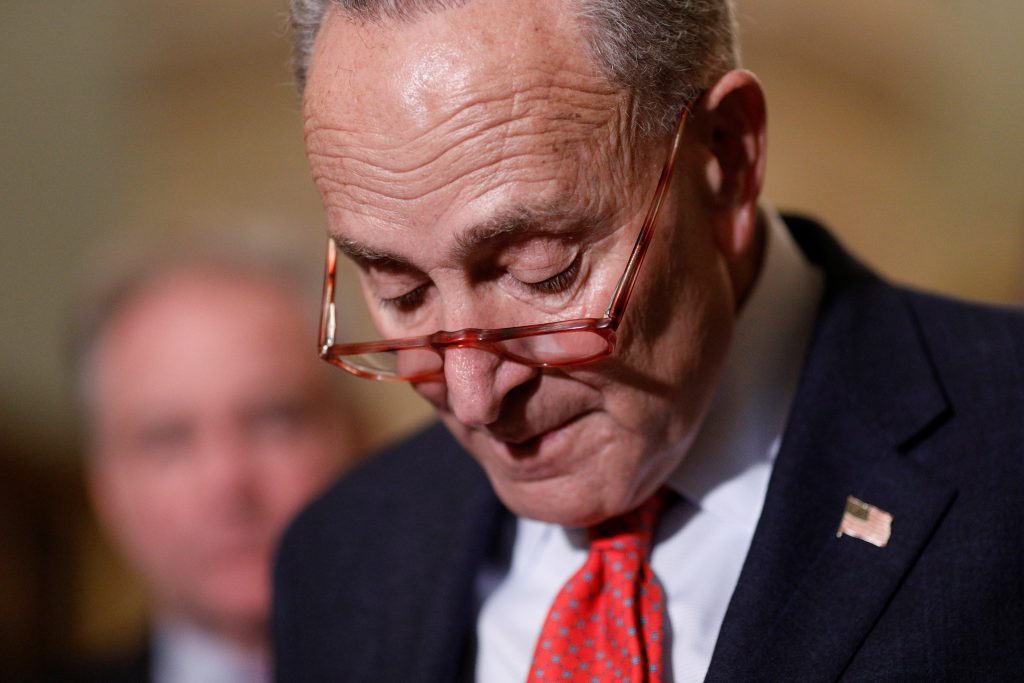 U.S. Senate Democrats said on Tuesday they had enough votes in the Republican-controlled Senate to pass a resolution curbing President Donald Trump’s ability to wage war on Iran without congressional approval, which would be a rebuke of the president after he ordered a strike that killed an Iranian commander in Iraq.

Senate Democratic leader Chuck Schumer and Senator Tim Kaine, the measure’s sponsor, said they had at least 51 votes for a joint resolution that would require Trump to seek congressional authorization for military action against Iran.

To become law, the measure must pass the House of Representatives and either be signed by Trump, or garner a two-thirds majority in both houses of Congress in order to override his veto.

Many members of Congress, including some of Trump’s fellow Republicans as well as Democrats, have been pushing the administration for more information about the killing this month of top Iranian military commander Qassem Soleimani at Baghdad’s airport.

Trump did not inform Congress about the strike until after it took place and then, according to many lawmakers, his administration kept back too much information about the reason for the strike or the legal justification.

Criticism grew as Trump and his top officials have offered shifting justifications for the drone strike. Trump himself fueled controversy by saying on Twitter that “it doesn’t really matter” whether Soleimani posed an imminent threat.

In a statement, Collins said Kaine’s resolution would let Trump respond to aggression from a hostile nation or repel an attack. “It simply makes clear that only the Legislative Branch may declare war or commit our armed forces to a sustained military conflict with Iran,” she said.

Senate leaders are working out the timing of a Senate vote, likely next week, which is complicated by Trump’s Senate impeachment trial starting within days.

The House passed legislation known as a concurrent resolution last week, which called for an end to military action against Iran unless Trump obtained Congress’ approval.

As a concurrent resolution, that measure would not have needed Trump’s signature. But it could not garner enough support in the Senate to pass. There also were legal questions over whether it would have been binding.

Representative Eliot Engel, chairman of the House Foreign Affairs Committee, threatened earlier on Tuesday to subpoena Secretary of State Mike Pompeo if he does not provide more information about Iran policy.

Engel also said he would send a letter on Tuesday to Pompeo and Secretary of Defense Mike Esper seeking information about the strike, which took place in Iraq.