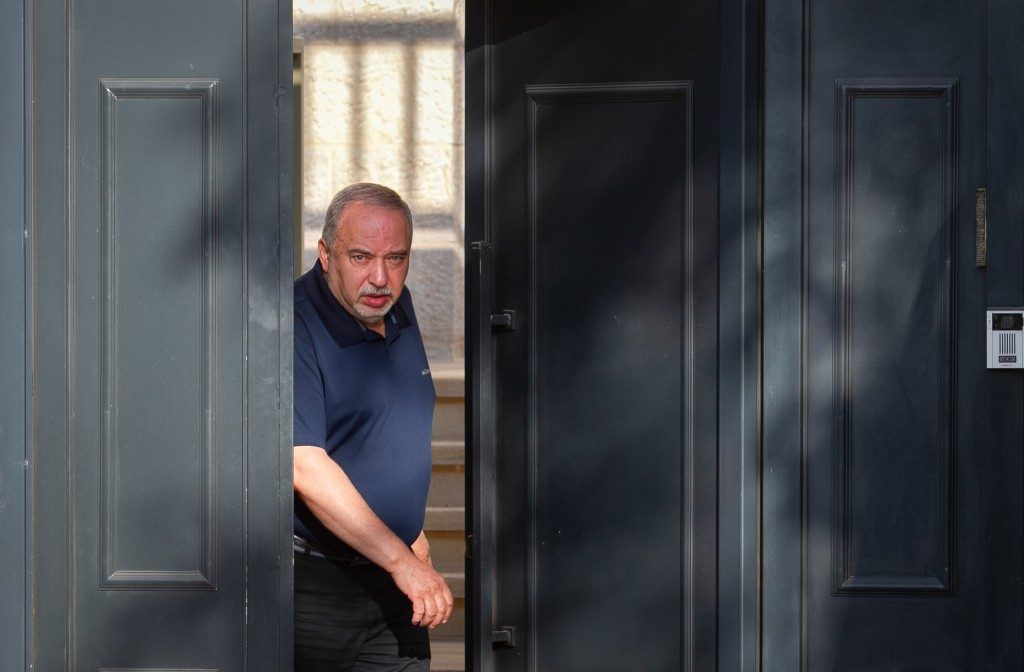 Avigdor Liberman is today the most dangerous man in Israel.” That wasn’t said by a chareidi Knesset member, but by Dr. Hagai Ben-Artzi, a National Religious academic who lives in Beit El (and who also happens to be the prime minister’s brother-in-law).

“We have never seen here a leader like Avigdor Liberman, who terrorizes a group of frightened adults [the MKs in his Yisrael Beytenu party] who are dependent on him and his whims, and whose entire role is to serve him and find favor in his eyes because their future depends on him.” That, too, wasn’t said by a chareidi Knesset member, but by Shalom Yerushalmi, a senior political analyst who is secular and left-wing.

Liberman is dangerous for a number of reasons. For one thing, he keeps dragging the public through unnecessary elections until he gets the results he wants, namely a government without either Prime Minister Binyamin Netanyahu or the chareidi parties.

For another, he’s crossed all lines in his anti-chareidi rhetoric, creating a lynch-like political discourse that makes it possible to say anything about chareidim, no matter how vile or outrageous.

It isn’t just Liberman’s minions in Yisrael Beytenu who outdo one another in making outlandish anti-chareidi claims, but supposed moderate MKs from other parties. In a radio interview last week, Ram Ben Barak, an MK for Blue and White, accused Health Minister Rabbi Yaakov Litzman of using his influence to arrange preferential treatment for Gerrer Chassidim.

“You can check me,” he said. “Hospitals in Israel are collapsing, in all internal medicine wards there are patients in the corridors — if you find for me one Gerrer Chassid in the corridors call me.” (To his credit, he retracted his remark and apologized, something Liberman and company have never done.)

Finally, Liberman uses bully tactics against anyone who gets in his way:

Knesset Speaker Yuli Edelstein refuses to allow the current, transitional Knesset to set up a House Committee that can decide on Netanyahu’s request for immunity (where Liberman is sure to lose)?

Liberman threatens to have Edelstein ousted.

The Sephardic Chief Rabbi, Rishon LeTzion Harav Yitzchak Yosef, states an obvious fact — that there are thousands of non-Jews in Israel who are antagonistic toward religious Judaism?

Liberman, of all people, accuses the Rav of making statements that are “racist and bluntly anti-Semitic.”

As Rabbi Litzman (United Torah Judaism) put it, “The last person who can preach to others about incitement is Avigdor Liberman — a person who can’t stop stoking the flames between different sectors in society and acts maliciously, without any public responsibility, to divide and damage the delicate fabric of the various sectors in Israel.”

Liberman is a hypocrite and a bully, who relies on chareidi-bashing to win votes. It is gratifying to see that non-chareidi elements are beginning to understand the threat he poses, and it is to be hoped that, come March 2, enough voters will act to save Israel from “the most dangerous man in Israel.”