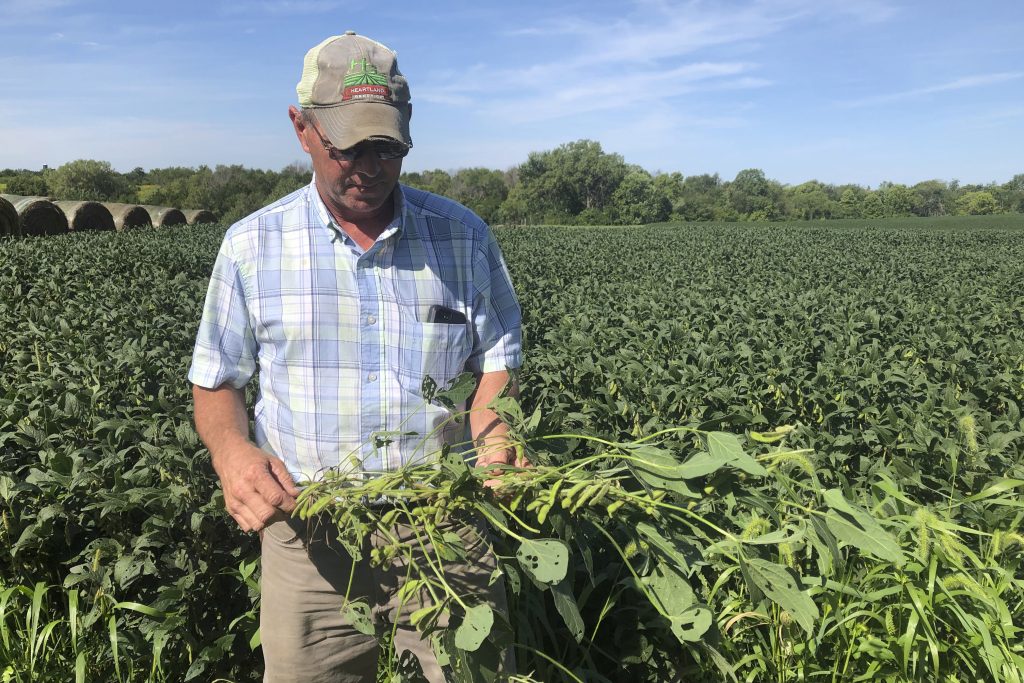 China has pledged to buy almost $80 billion of additional manufactured goods from the United States over the next two years as part of a trade war truce, according to a source, likely giving a much-needed boost for planemaker Boeing.

Under the terms of the trade deal to be signed on Wednesday in Washington, China would also buy over $50 billion more in energy supplies, and boost purchases of U.S. services by about $35 billion over the same two-year period, the source told Reuters on Monday.

The Phase 1 agreement calls for Chinese purchases of U.S. agricultural goods to increase by some $32 billion over two years, or roughly $16 billion a year, said the source, who was briefed on the deal.

When combined with the $24 billion U.S. agricultural export baseline in 2017, the total gets close to the $40 billion annual goal touted by U.S. President Donald Trump.

The numbers, expected to be announced on Wednesday at a White House signing ceremony between Trump and Chinese Vice Premier Liu He, represent a staggering increase over recent Chinese imports of U.S. manufactured goods, raising some skepticism over how it would be achieved.

Two other sources familiar with the Phase 1 trade deal agreed with the rough breakdown of the purchases, without providing specific numbers.

A spokesman for the U.S. Trade Representative’s office could not immediately be reached for comment.

U.S. Trade Representative Robert Lighthizer on Monday called the deal a “huge step forward” for U.S.-China trade relations and “a really, really good deal for the United States.” He told Fox Business Network that Beijing’s compliance would be monitored closely.

“We expect them to live up to the letter of the law. We’ll bring cases, we’ll bring actions against them if they don’t,” Lighthizer said.

When the Phase 1 trade deal was struck on Dec. 13, U.S. officials said China had agreed to buy $200 billion in additional U.S. farm products, manufactured goods, energy and services over the next two years, compared to the baseline of 2017.

They said they would publish targets for the four broad areas, but would keep details of specific products classified to avoid market distortions.

The $32 billion agriculture increase over 2017 was confirmed by Myron Brilliant, the U.S. Chamber of Commerce’s head of international affairs, who spoke to reporters on Monday in Beijing.

While seeing room for China to boost purchases of wheat, soybeans, sorghum, dried distillers grains and some corn, analysts and traders doubted whether it could absorb such a big increase. Relying on the United States so heavily could expose China to price and supply risks, they said.

Trump had mainly touted the increased farm exports, which would benefit a major political constituency that has been battered by Chinese retaliatory tariffs during his 18-month trade war with Beijing.

Company executives have been waiting eagerly for details of what other U.S. goods China would be buying more of, aside from farm products, after 18 months of tit-for-tat tariffs that have stalled U.S. business investment.

The $80 billion increase for manufactured goods includes significant purchases of autos, auto parts, aircraft, agricultural machinery, medical devices and semiconductors, said one of the sources, without giving the names of any specific suppliers.

The aircraft would likely be built by Boeing Co, the No. 1 U.S. exporter, whose new sales to China have ground to a halt over the past two years. That would be welcome for the aerospace giant, which has seen shares and earnings plummet as its best-selling 737 MAX aircraft remains grounded due to two fatal crashes in 2018 and 2019.

The source providing the purchase figures expressed skepticism about manufactured goods pledges by Beijing since the U.S.-China trade deal does not address any of the non-tariff barriers that have kept these U.S. goods out of the Chinese market for decades, including procurement rules, product standards and subsidies to Chinese state-owned firms.

With Chinese car sales flagging and excess domestic assembly capacity on the rise, it is difficult to see the need for China to purchase significantly more U.S.-built cars. Among the most popular U.S.-built vehicles sold in China are BMW and Mercedes-Benz sport-utility vehicles.

China also has major industrial policy goals to dominate the very manufacturing sectors in which it has pledged to pump up purchases of U.S. goods, further fueling skepticism.

Many economists and experts are dubious that the Phase 1 trade agreement will be implemented as written, despite what U.S. officials describe as an important enforcement clause in the deal.

That enforcement mechanism allows grievances to be aired through escalating consultations that would reach Chinese Vice Premier Liu He and U.S. Trade Representative Robert Lighthizer.

If a U.S. claim of Chinese noncompliance cannot be resolved, Washington would have the right to reimpose tariffs on Chinese goods in proportion to the economic damage alleged. But nothing would preclude China from retaliating, returning the two sides to the current status quo, people familiar with the deal said.

Oil traders and analysts were also doubtful whether China would be able to purchase an extra $50 billion of energy products, including crude oil, liquefied natural gas (LNG) and imports of petrochemical raw materials such as ethane and liquefied petroleum gas (LPG).

Beijing-based SIA Energy analyst Seng Yick Tee said the target was “too aggressive and unlikely to be achieved.”