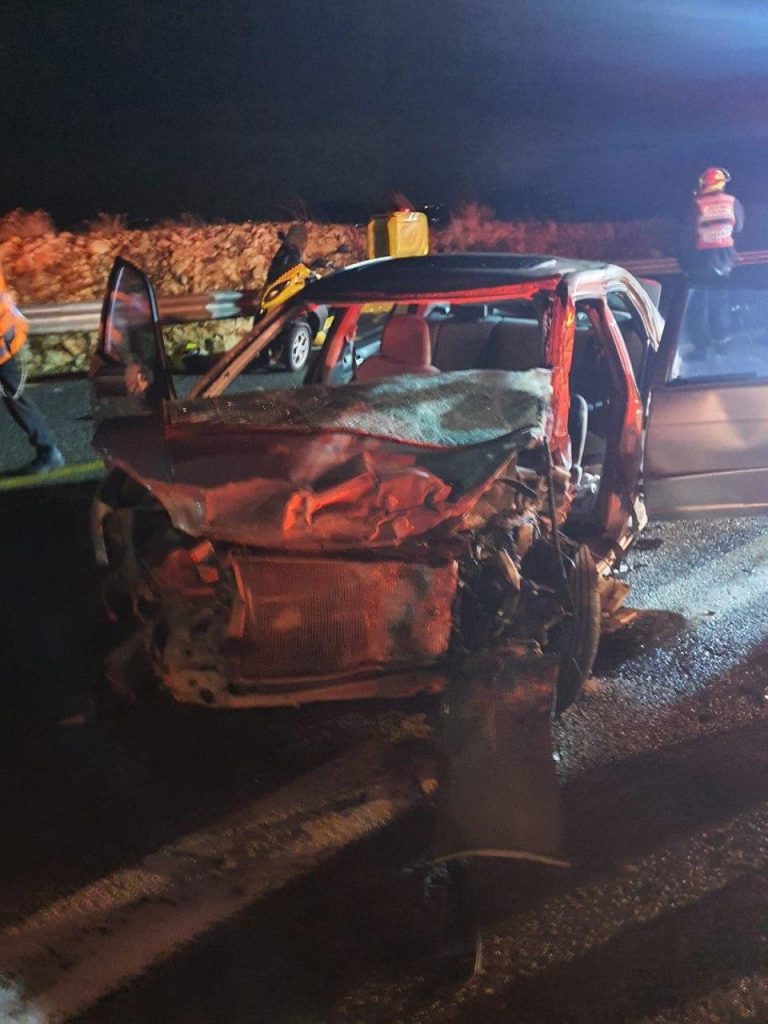 Harav Shmuel Binyamin Sofer, z”l, was killed and three other people were moderately injured in a car accident that occurred on Route 89 near Tzfas early Tuesday morning.

The accident involved a head-on collision between two vehicles on the Akbara Bridge next to Tzfas. The victims included two children, ages 13 and 12, who were injured in one car, and a man in his 60s who was injured in the second vehicle.

Emergency first responders from MDA and United Hatzalah were called to the scene and treated the victims before evacuating them to Ziv Hospital in Tzfas.

United Hatzalah volunteer EMT Yoel Tzarfati who was one of the first responders at the scene relayed: “The accident occurred between two private cars. I, together with other EMS personnel, treated the injured at the scene before they were transported to Ziv Medical Center in the city. Unfortunately, one of the people who was seriously injured was pronounced dead due to the severity of the injuries that he sustained. Firefighters were active at the scene and assisted in evacuating people from the vehicles.”

Harav Sofer, 51, was a noted avreich in the Breslov community in Tzfas. He was returning from the wedding of his brother’s daughter in Beit Shemesh, along with several of his children, and at about 2:30 a.m., the accident occurred on Route 89, where he was unfortunately killed on the spot.

An initial police investigation revealed that one of the vehicles involved, both private and commercial, deviated from his travel lane to the opposite lane. The cause of the deviation in the investigation and investigation of the accident continues. It should be noted that this is a two-way road consisting of one lane in each direction.

The news of his petirah shocked the residents of Tzfas in general and the Breslov community in particular.

Reb Shmuel is survived by, lhbch”l, his wife Mrs. Tzivia and ten orphaned children, including his two children who were admitted to the Ziv Hospital after being injured in the accident.

His levayah is to be held Tuesday afternoon from the Breslov beis medrash in Kiryat Breslov in Tzfas, to the city’s cemetery.