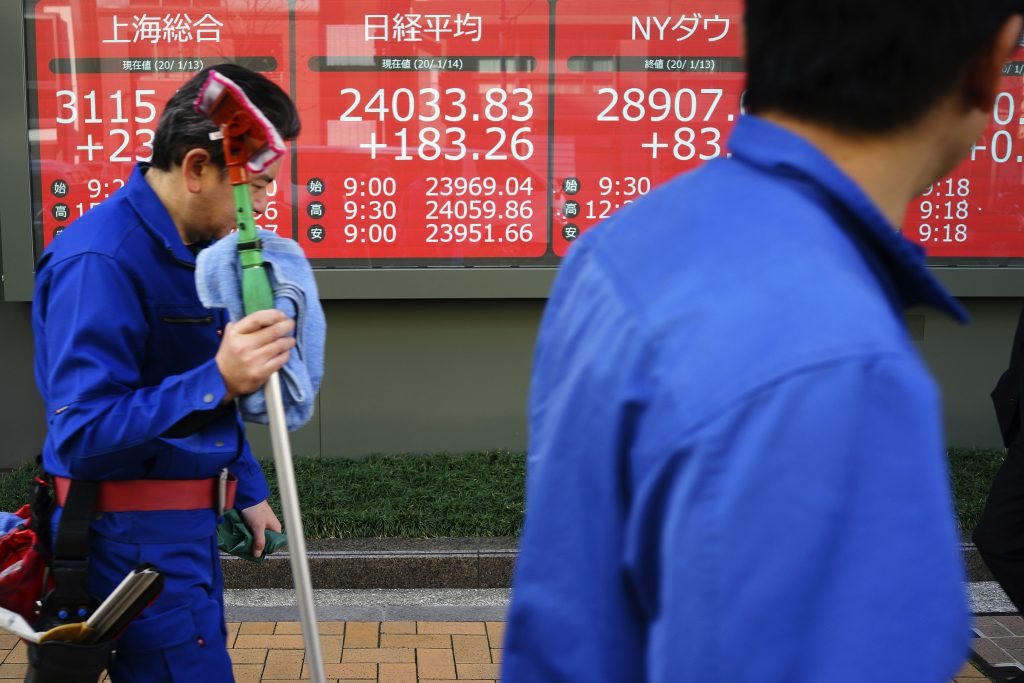 Asian shares mostly followed Wall Street higher on Tuesday amid optimism that a trade deal between the U.S. and China will be a boon for the regional economy.

Monday’s rally on Wall Street added to gains from last week driven by an easing of tension between the U.S. and Iran. Investors are now looking ahead to the signing of an initial trade deal between Washington and Beijing and the potential for future talks.

The world’s largest economies are expected to sign a so-called “Phase 1” trade agreement on Wednesday. It is seen as an opening to future negotiations that will deal with more complicated trade issues.

Investors’ “unquenchable appetite for stocks is in hyperdrive” thanks to the thawing tensions between the U.S. and both China and Iran, Stephen Innes, chief Asia market strategist at AxiTrader, said in a report.

Across markets, worries about a recession have faded since last year as central banks cut interest rates and pumped stimulus into the global economy. In addition, the promise of the trade deal between the U.S. and China has helped lift markets in recent weeks, easing investors’ concerns of further escalation in the costly conflict.

Full details of the pact are due to be released after the agreement is signed at the White House on Wednesday.

Wall Street will be releasing earnings reports later in the week and also will have several economic reports to consider, including government reports on consumer prices, retails sales and home construction.