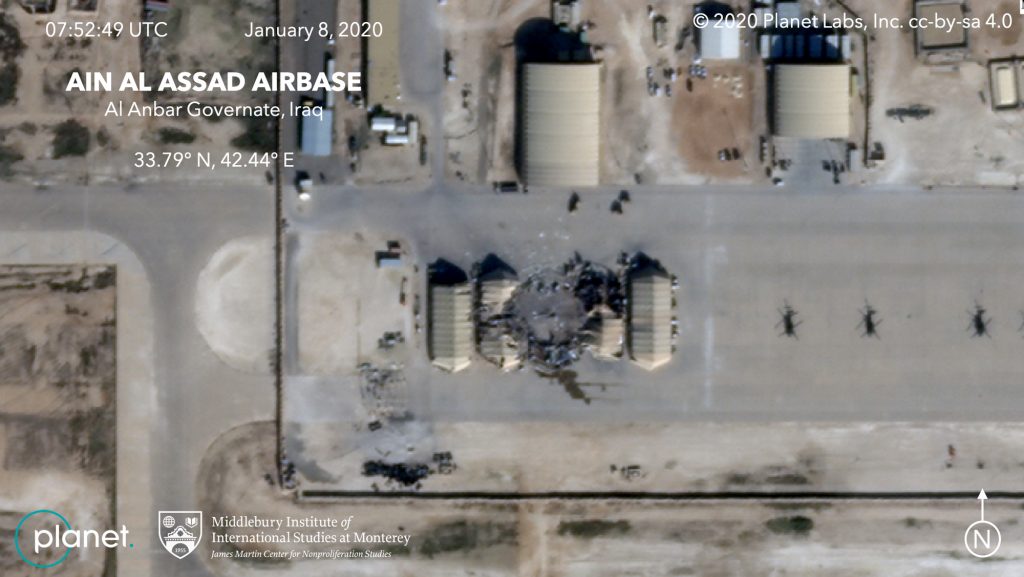 U.S. troops were clearing rubble and debris on Monday from a military base housing American soldiers in western Iraq, days after it was struck by Iranian ballistic missiles.

The Ain al-Asad air base in Iraq’s western Anbar province is a sprawling complex about 110 miles west of Baghdad and houses about 1,500 members of the U.S. military and the U.S.-led coalition fighting the Islamic State terror group.

It was struck by a barrage of Iranian missiles on Wednesday, in retaliation for the U.S. drone strike that killed a top Iranian commander, Gen. Qassem Soleimani, whose killing raised fears of a wider war in the Middle East.

An Associated Press crew touring the Ain al-Asad base Monday saw large craters in the ground and damaged military trailers as well as forklifts lifting rubble and loading it onto trucks from a large area the size of a football stadium.

The U.S. said no American soldiers were killed or wounded in the Iranian attack.

Ain al-Asad air base was first used by American forces after the 2003 U.S.-led invasion that toppled dictator Saddam Hussein, and later saw American troops stationed there amid the fight against the Islamic State group in Iraq and Syria.

Trump visited the sprawling Ain al-Asad air base in December 2018, making his first presidential visit to troops in the region. Vice President Mike Pence also has visited the base.