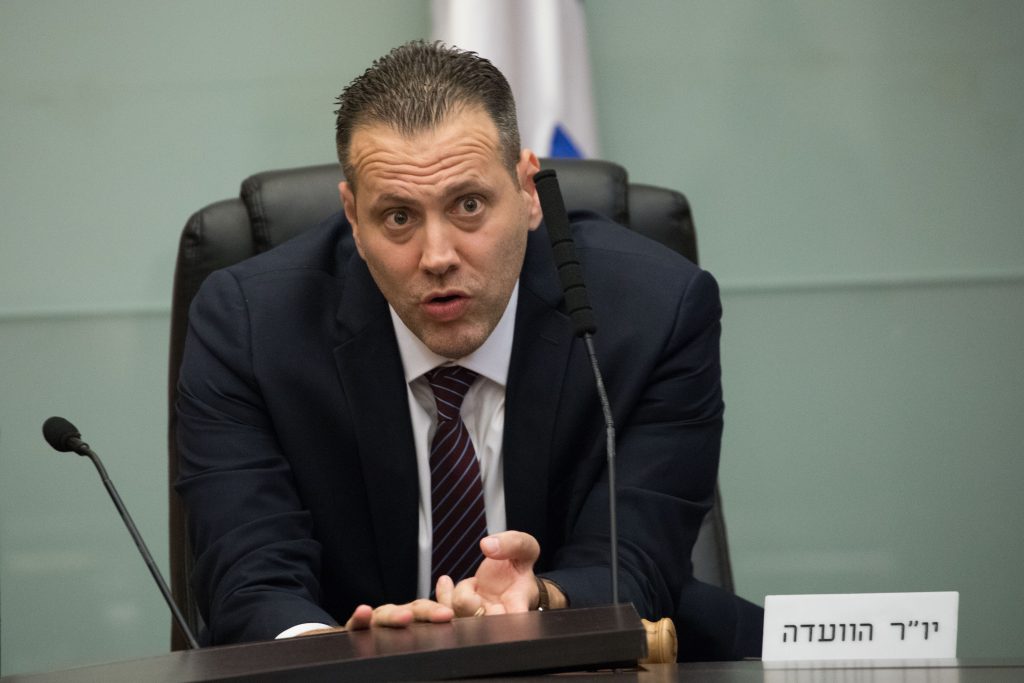 In a session filled with mutual shouting from MKs on both the right and the left, the Knesset Arrangements Committee voted Monday that the Knesset Committee could convene and appoint a committee to discuss Prime Minister Binyamin Netanyahu’s request for parliamentary immunity in the corruption cases against him. The vote was unanimous – after MKs in the rightwing bloc stormed out of the meeting, saying that committee chairman MK Avi Nissenkorn had illegally called the meeting.

The Arrangements Committee is responsible for Knesset procedure, and Nissenkorn called the meeting based on the announcement Sunday night by Knesset legal advisor Eyal Yinon that Nissenkorn did not need the permission of Knesset Speaker Yuli Edelstein to call the meeting – a meeting that Edelstein said in a press conference Sunday night that he was very opposed to, as it would “make the Knesset a political tool in the attempt to bring down the prime minister.”

Rightwing MKs protested loudly throughout the discussion, with MK Miki Zohar (Likud) removed twice for protesting. “There is a psychological reason for the harm you are doing to the Knesset,” he told Blue and White MKs. “For years you were a minority, and now on this committee you are the majority. Being in the opposition for so long has done something to your brains. I hope that even though it is your playing field now you will give me the respect to hear what I have to say about this.” In response, MK Assaf Zamir (Blue and White) shot back, telling Zohar, “When we were in the opposition we weren’t crybabies like you are now.”

Likud MKs continued protesting. “Avi,” said Zohar, addressing Nissenkorn directly, “you are trying to change the rules of the Knesset without the Knesset’s consent and without it even being in session. You will go down in history as the one who politicized the Knesset process. We would never have dared do anything like you are doing, convening a committee without proper authorization. If this is how you are dealing with things, just wait until we are the majority and see what we do. Meanwhile, you can discuss among yourselves,” he said, at which point all the rightwing MKs left the room.

Yinon issued his opinion on the meeting, even though the Likud filed a petition with the High Court Sunday to prevent him from doing so. The petition said that Yinon has a vested interest in seeing the session take place and as such cannot be relied on to make an objective decision on the matter. That conflict of interest revolves around the fact that Yinon’s wife is on the team prosecuting Netanyahu in several of the cases against him.