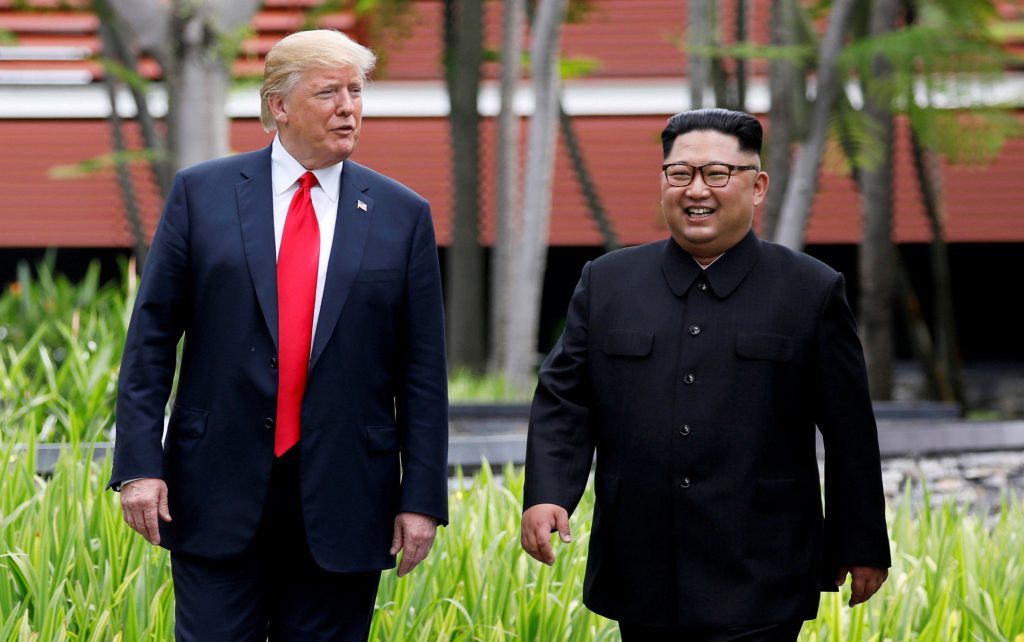 White House national security adviser Robert O’Brien said the United States had reached out to North Korea seeking to resume talks, according to an interview published on Sunday by Axios.

O’Brien also said it was a “positive” sign that North Korean leader Kim Jong Un had not delivered on a warning of a “gift.” Some analysts had said that might be a sign Pyongyang was preparing a long-range missile test, while President Donald Trump said last month the gift “might be a beautiful vase.”

“We’ve reached out to the North Koreans and let them know that we would like to continue the negotiations in Stockholm that were last undertaken in early October,” O’Brien told the online news site on Friday. “We’ve been letting them know, through various channels, that we would like to get those back on track.”

A spokesman for the National Security Council did not immediately comment on Sunday.

On Saturday, North Korea said it had received birthday greetings for Kim from Trump, but their personal relationship was not enough for a return to talks, according to a statement published by state news agency KCNA.

Trump relied on his personal rapport with Kim to push for denuclearization in talks in 2018 and 2019, but those efforts have largely failed at the working level and sparked new concerns about Pyongyang’s nuclear capabilities.

North Korea will not discuss proposals such as those Trump made at his last summit with Kim in Hanoi in February 2019, a Foreign Ministry adviser said Saturday.

Kim said recently there were no longer grounds for Pyongyang to be bound by a self-declared moratorium on intercontinental ballistic missile and nuclear bomb testing and that a “new strategic weapon” would be introduced in the near future.

South Korean President Moon Jae-in said recently there was an urgent need for practical ways to improve ties with North Korea, adding he was ready to meet its leader in North Korea.