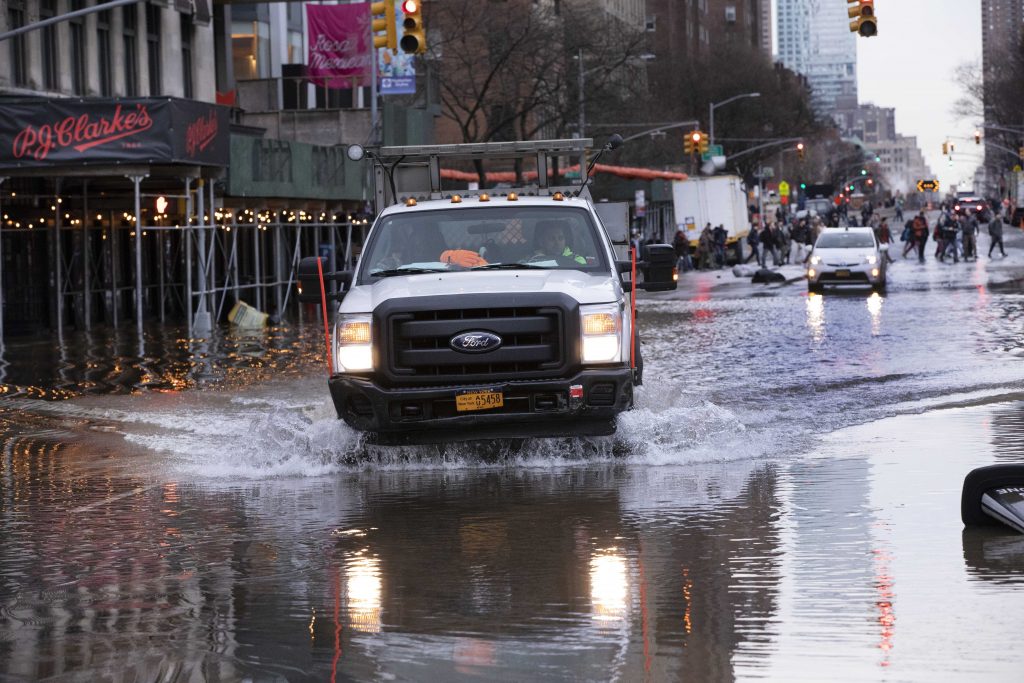 The Fire Department of New York responded to the flooding around 5 a.m. near Broadway and West 62nd Street.

More than 500,000 gallons of water poured into a nearby subway station, topping the electrified third rail and requiring a “Herculean” pumping effort, New York City Transit President Andy Byford said. On the streets, the water spread for blocks and was several inches deep in places.

“It’s crazy — you need a boat or something to get through. I didn’t end wear boots today, and now we got all this,” commuter Michael Romero, 27, of the Bronx told the New York Post.

Abigail Marie, 33, of Manhattan, said city workers and firefighters responded quickly after the streets started “flooding a lot and from all directions.”

“You have to be careful — there’s big puddles around and they’re deeper than they seem,” she told the Post.

The flooding snarled the No. 1, 2 and 3 subway lines for hours, hampering travel for many on Manhattan’s West Side and in parts of Brooklyn and the Bronx. Byford said service was resuming around 4 p.m. and was expected to be normal by the evening rush hour.

Mayor Bill de Blasio tweeted that it would take several days to fix the broken water main, so some nearby streets would remain closed for a time.

“I know this has been a difficult day for residents,” the Democrat added.