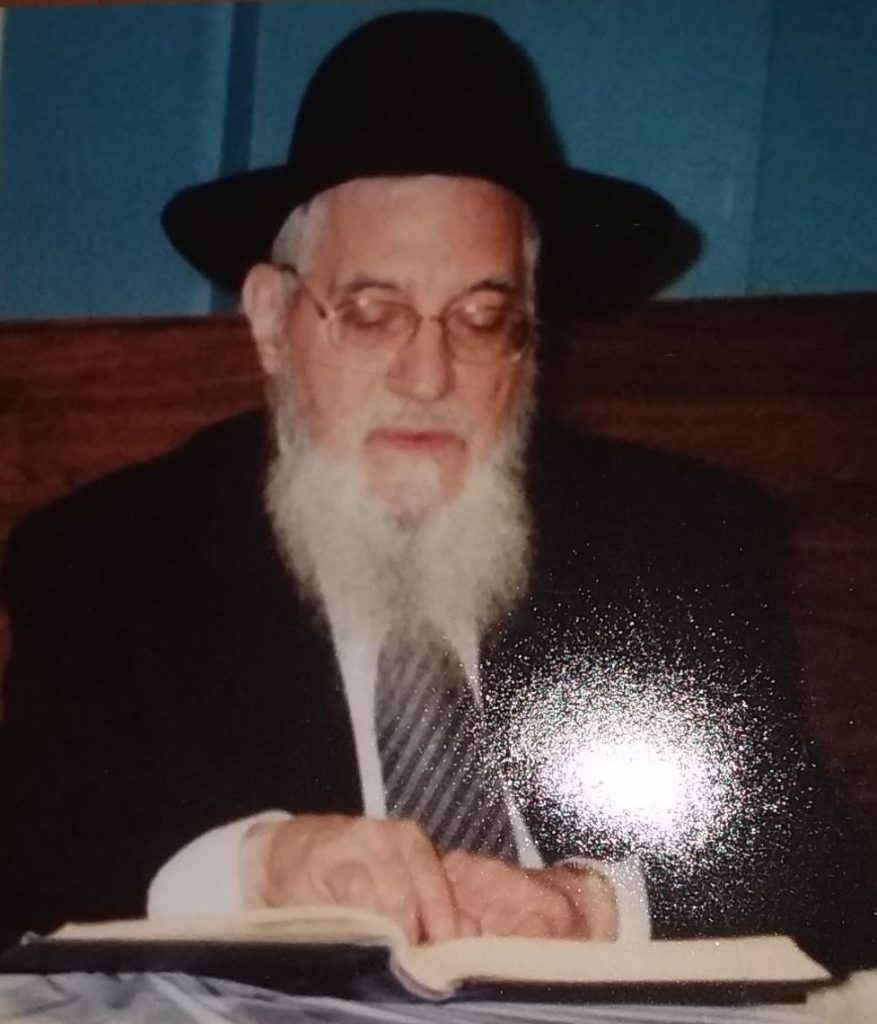 For half a century, Harav Shimon Zeffren, zt”l, taught his talmidim in Yeshiva Gedolah of Montreal both in word and in deed. Together with delivering deep shiurim in the sugyos of the masechta, Rav Zeffren was a living example for how to learn, how to daven, how to interact bein adam lechaveiro, and how to serve Hashem to the fullest. On Motzoei Shabbos, 7 Teves/January 4, at age 77, Rav Shimon return his lofty neshamah to its Source, much to the sadness of all who knew him.

Born in St. Louis in 5703/1942, he went to learn in Telshe Yeshiva in Wickliffe at the young age of 13, and remained a Telzer talmid forever after. He was a close talmid of, zichronam livrachah, Harav Mordechai Gifter, Harav Chaim Stein, Harav Pesach Stein and Harav Isaac Ausband. Besides the Torah he learned from them, he internalized the lessons of their avodah and seder as well.

“One could set his clock by the times that the Rosh Yeshivah arrived, by time he spent on Shemoneh Esrei,” a talmid told Hamodia. “It was ‘temidin k’sidran,’ exactly the same each and every day, with perfect consistency. I once asked him what he did bein hazemanim. He answered that in order to have a change in his routine, he walked to the yeshivah using a different route.”

His hasmadah was legendary, as he used each and every second to the utmost. “He never bothered to learn how to make a necktie, since he would rather spend the time with Abaye veRava,” his brother-in-law, Rabbi Moshe Yehudah Mann, related in his hesped, “since he did not want to waste even the few seconds it would take to make it. He had it pre-made and hung it over a doorknob so that he would not have to remake it each morning.”

He had many sefarim in his house, and he knew each one thoroughly. Yet the extent of his relationship with these sefarim became evident from a game he would play with his children. He would close his eyes and ask them to choose a sefer and bring it over to him. He would inhale the fragrance of the sefer, and would be able to tell them which one it was!

When he would say over something from a sefer to his children, he often made it come to life by telling stories of the mechaber of the sefer. Through this, they would gain in-depth familiarity with the Ritva and Maharsha.

In 5730/1970, he was called upon to be the Rosh Yeshiva and first year beis medrash Maggid Shiur in Yeshiva Gedolah of Montreal, and he was driven from Cleveland to Montreal by a family member. They arrived late at night, and after unpacking enough to make the beds, the rest of the family retired for some well-deserved sleep. At 2:00 a.m., a family member wandered into the dining room and saw Rav Shimon learning with his last bit of energy.

“I asked him why he was up so late, and his reply revealed a new aspect of his persona that I had never seen before,” the relative related.

“Rav Chaim Stein urged us to make a kaballah that we spend at least one hour each day with uninterrupted learning,” Rav Shimon told his relative. “Today, since we were traveling, I have not yet accomplished that, so I was completing this hour now.”

“I was surprised at his answer, since for the entire trip from Cleveland to Montreal he was sitting with his sefer and learning. I asked him about this,” he said, “and his reply was astounding. ‘I was unsure if as we were driving along, perhaps I looked out of the window, and my learning was not uninterrupted. So, I had to learn for an hour now in order to keep my kaballah.’”

After the petirah of Harav Mottel Weinberg, zt”l, in 5752/1992, he once again assumed the position of Rosh Yeshivah which he shared with Harav Shlomo Avigdor Altusky, shlita, until 5760/2000, when  Harav Yaakov Bistritz, zt”l, joined him. He held this position until his petirah last week.

His talmidim in Yeshiva Gedolah speak of him with reverence. “Rav Shimon was able to give mussar without saying anything,” a talmid stated. “I remember an incident that occurred years ago which made such a rosham on me.

“The dormitory in the yeshivah is near the beis medrash, and from time to time he would go to the dormitory to check up on bachurim who were not at seder. One afternoon, I must admit that I did not come to second seder, and I heard the footsteps of the Rosh Yeshivah approaching. I was embarrassed to be caught skipping seder, so I hid in the closet.

“The Rosh Yeshivah entered the room and eventually opened the door to the closet. He didn’t say a word, but the look in his eyes said it all. He left the room, and never said a word about it to me. But trust me, for as long as I was in the yeshivah, I never missed another second seder.”

Rav Shimon spent much time with his talmidim, and would learn with them as a chavrusa and develop strong bonds with them. They responded in kind, and recently began writing a sefer Torah in honor of his 50 years in Yeshiva Gedolah of Montreal.

Over the last few months, he traveled to various communities where alumni sponsored the sefarim, including Toronto, Lakewood, Flatbush and other communities. Through this, Rav Shimon was able to reconnect with his talmidim from years past when they arrived for kesivas osiyos, and they were able to show their respect and devotion to a Rosh Yeshivah who had given so much of himself for them.

The levayah took place at Yeshiva Gedolah Merkaz HaTorah of Montreal on Sunday at noon, and continued in Lakewood on Monday morning and afternoon, followed by kevurah in Lakewood.

Hamodia thanks Yossi Gross, Yossi Berger and Mrs. Leah Berger from Montreal for their assistance with this article.