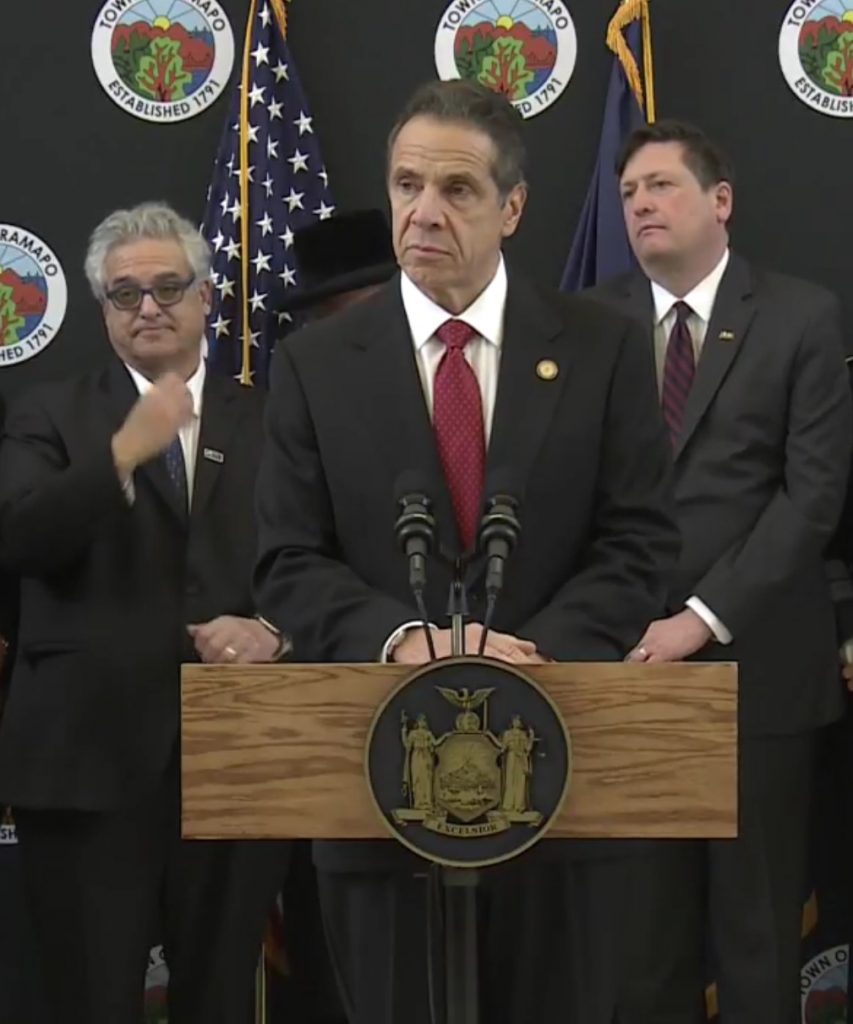 New York Gov. Andrew Cuomo announced that he is directing up to $680,000 in funding for security funding in Jewish communities in Rockland County.

$340,000 will be directed to New Square, and up to $340,000 for Monsey and the surrounding areas, for security cameras and license-plate readers. The money will be taken from security funding passed in the 2019 budget.

The announcement was made at a press conference in Ramapo town hall Monday morning, Cuomo, surrounded by leaders of the Jewish community, also said he wants to expand the public-school curriculum to include courses on diversity and tolerance, and particularly to focus on contributions the Jewish people have made to the state.

License-plate readers were essential to the quick arrest of Grafton Thomas, who is accused of stabbing five people and slightly wounding a sixth at a Chanukah celebration at the home of Harav Chaim Leibish Rottenberg in Monsey. One of the stabbing victims, Rabbi Yehosef Neumann (Yehosef ben Perel) remains in critical condition.

That attack was the most violent of some two-dozen anti-Semitic incidents that occurred in New York state since the start of Chanukah.

“We have zero tolerance for the cowards who perpetrate these vile acts of hate and will use every tool at our disposal to hold them accountable,” said the governor. “This new technology will enhance security in vulnerable communities and serve as a deterrent for future attackers.”

“The Governor was with us the day of the attack and he is with us now,” said Harav Rottenberg, “providing extra funding for security measures to ensure that we are safe in the future, not just in words but in action. I appreciate the Governor’s commitment to the physical and spiritual welfare of the Jewish community and all New Yorkers.”

Thomas pleaded not guilty on Monday to federal hate-crimes charges. He has already been indicted on six state charges of attempted murder.