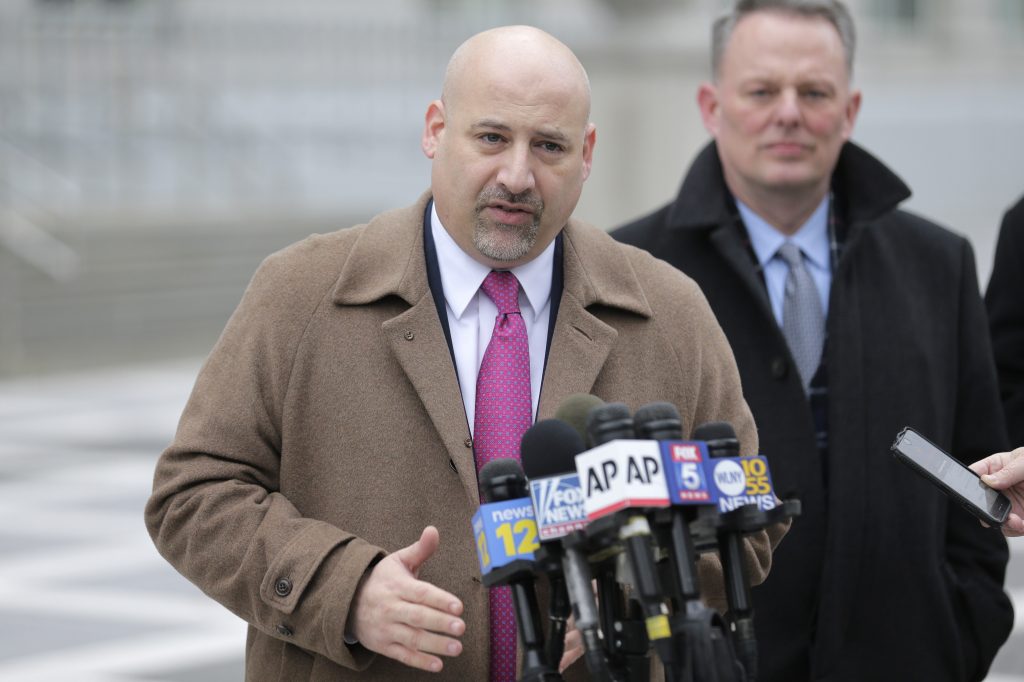 The bomb that was found in the van of alleged Jersey City domestic terrorists Francine Graham and David Anderson had the capability of killing people more than a quarter of a mile away, said the U.S. attorney in New Jersey and the head of the local FBI, WNBC 4NY reported on Monday. In addition, the van contained sufficient bomb-making material to make a second bomb.

In the December 10, 2019 attack on the JC Kosher Supermarket on Martin Luther King Boulevard in Jersey City, three innocent people died in the hail of prolonged gunfire, while a veteran Jersey City police detective and father of five was killed moments earlier by the same suspects.

Investigators believe Det. Joseph Seals approached the suspects’ van at a nearby cemetery because police were looking for it in connection with the murder of a livery driver the prior weekend in Bayonne, NJ. Cops are still investigating a possible connection. The murder of Det. Seals brought law enforcement to the scene of the horrific shootout where three additional victims were shot.

U.S. Attorney Craig Carpenito said, “We believe he (Seals) threw off a broader plan,” and that his actions “probably saved dozens if not more lives.”

Authorities said that Graham and Anderson researched on a Jewish Community Center in Bayonne. The authorities also confirmed suspicions that the shootout was a bias crime against Jews and against the law enforcement community.

As a precaution, The Bayonne Police Department met with local Jewish businesses and organizations, and they are providing additional security and patrols to all high risk locations.

Authorities said they do not believe the yeshivah next door to the kosher supermarket was targeted, but confirmed that suspects had cased the grocery store multiple times, including the morning of the attack. Carpenito also confirmed reports that a Jewish man driving near Newark Airport had been shot at, with ballistics showing two of the shots that hit the man’s car came from one of the guns ultimately used in the Jersey City attacks.

According to authorities, the livery driver who died in Bayonne the weekend before the attack was also shot with the same weapon.

The U.S. attorney also confirmed reports that both suspects had handcuff keys concealed in their clothing.

Five firearms, four from inside the kosher market and a fifth discovered in the U-Haul they drove, have been linked to the duo. Two of the five weapons were connected to the attackers through their serial numbers, and were purchased by Graham at separate gun shops in Ohio in the spring of 2018.

Although authorities have not established a formal link, the two attackers had identified themselves in the past as Black Hebrew Israelites, whose members have railed against white people and Jews.