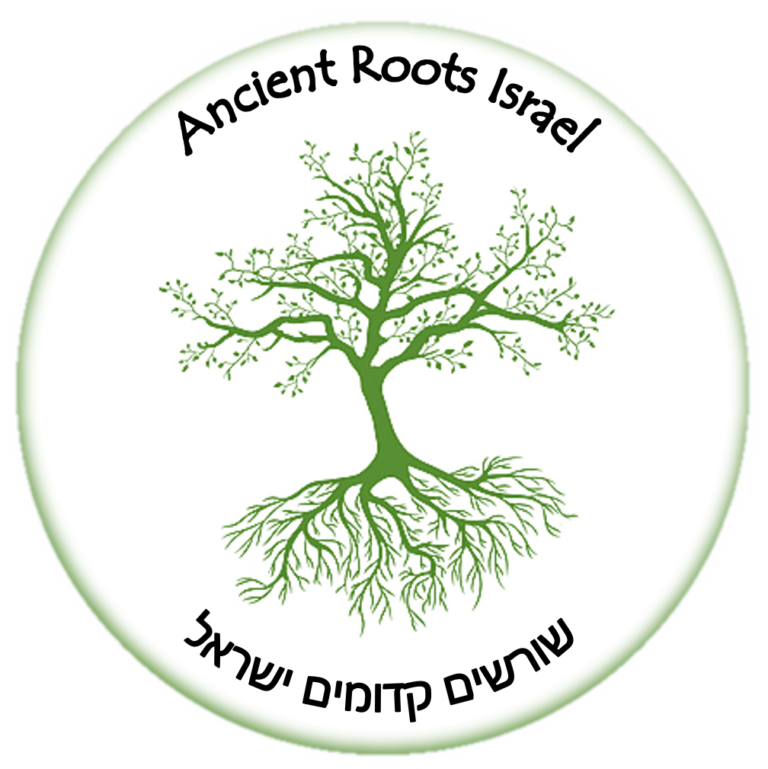 An international herbalist conference in Israel next month is being threatened by herbalists associated with the Boycott, Divestment and Sanctions (BDS) movement.

Last summer, a group of herbalists announced the Ancient Roots Herbal Conference, scheduled for February 9-11 in Poriya, near Teverya, Israel. This will be the first English-language herbalist conference ever in Israel, organizers tell Hamodia. They are aiming for the modest goal of selling 50 tickets, simply to break even. Speakers agreed months ago to waive their speaking fees; some will have travel costs covered.

Rivkah Asoulin, an organizer living in Israel, says she sent information about the event to the American Herbalists Guild, one of the most prominent herbalist associations, and that she was delighted to have received a reply from AHG President Bevin Clare, who offered Asoulin support. Asoulin asked Clare to film a video promoting the event, to which Clare quickly agreed.

“I just wanted to congratulate the Israeli community on your first herbal conference; I think that’s really exciting,” said Clare in the video. “I really look forward to hearing about how the conference goes and maybe having some Israeli herbalist over to one of our symposia … I hope to get over there and join you some day, I think that would be fantastic.”

The video was posted to social media on December 19.

By the end of the year, plans for the conference were progressing smoothly. With this support from the AHG president, and prominent herbalist speakers lined up, organizers were pleased that thirty tickets had already been sold, and were optimistic about reaching their 50-ticket goal.

Just after the clock turned to 2020, everything changed.

On January 1, Asoulin re-posted Clare’s video to social media. The next morning, Asoulin was stunned to receive a message from Clare – who happened to be in Jordan, and would be visiting Asoulin’s home for dinner the next evening – asking that Asoulin remove the video.

At dinner, Clare told Asoulin that on the night of Jan. 1, she had received around twenty emails, which she described as aggressive, many from AHG members, criticizing her support of the Israeli conference, and saying she should have received AHG Board approval before creating her video.

Asoulin says Clare told her she understood the difficulties of putting on an international herbalist conference and that she felt for organizers, but, “Rivkah, in life we have to choose our battles, and I’m not going to choose Israel.”

Also on Jan. 2, a prominent American herbalist who goes by the name 7Song told Asoulin he could no longer agree to speak at the conference. The next day, another speaker, Danny O’Rawe of Northern Ireland, also informed her he was withdrawing.

Asoulin says that after January 3, ticket sales “ground to a halt.”

Shocked at the turn of events, Asoulin asked Clare for a sample of the messages Clare had been receiving. Clare directed her to a social-media post of Shabina Lafleur-Gangji, a Canadian herbalist who had recently been hired as the editor of the Journal of the American Herbalists’ Guild.

“I am someone who *absolutely* stands behind the BDS movement,” wrote Gangji, who includes a photo of herself wearing a keffiyeh in the post. “The conference had no Palestinian or Muslim speakers included in their line up, yet included a speaker who referred to Palestinians as a non-people who willfully left their ancestral lands … We decided something needed to happen and reached out to the herbalists involved. Within 24 hours they both made the decision to retract their support for the conference in solidarity with folks in living under the brutal force of Israeli apartheid.”

Gangji goes on to thank six other herbalists “and everyone else who put their time and energy into this” campaign to convince Clare, O’Rawe and 7Song to withdraw. Her post includes the hashtags #freepalestine #bds #rightofreturn #untilweareallfree.

Gangji had been hired in the summer of 2019 to “shadow” then-editor Susan Marynowski for the Autumn edition, and to fully assume her position as editor beginning with the Spring 2020 edition.

Gangji’s reference to a scheduled conference “speaker who referred to Palestinians as a non-people who willfully left their ancestral lands” apparently refers to an herbalist who also runs a blog called “Women on the Land: Torah Wisdom from Rebbetzin Chana Bracha Siegelbaum: Author, EmunaHealer, Founder and Director of Midreshet B’erot Bat Ayin.” Siegelbaum had written a blog post in 2017 questioning the term “Palestinians,” and disputing what she deemed “The Palestinian Refugee Myth,” saying, “In 1947-1948 thousands of wealthy Arabs left in anticipation of a war, thousands more responded to Arab leaders’ calls to get out of the way of the advancing armies, a handful were expelled, but most simply fled to avoid being caught in the cross fire of a battle.”

In informing Asoulin that he would withdraw from the conference, a deeply apologetic 7Song did not explicitly mention the BDS movement, but said, “I don’t think I can be a part of this conference without it affecting my livelihood.”

O’Rawe was more specific. He said he would not be making the trip to Israel due to his inability to get other speaking engagements to defray costs, and due to several illnesses in his family, but then mentioned “some conflict that has been generated on the internet [regarding the conference], including several accusatory emails that have been sent to me as a consequence.”

O’Rawe said he disagreed with Siegelbaum’s blog post, and that he was “being accused of ‘supporting Israeli nationalism and anti-Palestinian regimes’ by appearing at the conference. Questions were asked about why this speaker was included, or if this speaker’s opinions were the same as the other speakers and did the organizers know, and why wasn’t there an Arab speaker at the conference and so on. While I don’t necessarily disagree with what has been said, it was originally my intention to come as I believe in talking to people no matter what they believe.”

“I hope you can appreciate my situation and reasons for withdrawing. I trust the conference will be successful, but I also hope that the narrow beliefs and politics of some do not upset the genuine need to bring the healing of plant medicines to everyone.”

Asoulin says that Siegelbaum’s political positions are irrelevant to her work as an herbalist and her role as a conference speaker.

“Our peaceful, non-political herbalist conference has speakers of all political persuasions,” says Asoulin, claiming that speakers were approached solely because of their expertise, and not based on any racial preferences or quotas. “We approached a fair number of excellent herbalists to speak. It just so happens that one of them was Arab and another was Druze. But they could not attend due to scheduling conflicts.”

“It’s mind-boggling that this issue is even seen as legitimate,” she says.

Asoulin argues that any specific complaints about this conference are just coverups for the BDS movement’s ultimate goal: a full boycott of Israel.

“We also have speakers who are politically more toward the Left, and have spoken very openly about that,” Asoulin says. “The BDS movement did not grab those statements and pass those around. This is a political entity that has decided to twist a peaceful, non-political herbal conference to fit its own political agenda. Legitimizing this perspective just reflects the greater double standard when it comes to Israel that no other country is subjected to. The fact that this doesn’t happen with any other country in the world in and of itself reflects the inherent anti-Semitism of the BDS movement.”

Gangji did not respond to a Hamodia interview request sent to her social-media page.

Clare told Hamodia by email that she is “no longer responding to interview requests,” and directed Hamodia to Mimi Hernandez, executive director of AHG. In response to Hamodia’s interview request, Hernandez wrote, “I appreciate your interest in interviewing me. Be assured that recent events have prompted an internal dialogue within the organization and its leadership. I am not yet authorized to respond to media interviews, but I will be sure to reach out as soon as the AHG has prepared a response.”

Hamodia reached 7Song by phone, but he declined to be interviewed.

O’Rawe did not respond to emailed and voicemailed requests for an interview.

Betina Thorball, an Austrian herbalist who will speak at the conference, questioned AHG’s hiring of Gangji – whose AHG web page describes her as “a mother, community organizer and herbalist” – saying Gangji appears to have more credentials as an activist than an herbalist.

“If you search Gangji online,” Thorball told Hamodia, “you’ll find a lot about her racial activities but much less about herbs. Does she care about herbalism as much as about activism? And is that not a serious conflict of interest, given her position as editor of the AHG journal, where she is deciding and soliciting content – based on her strong political views? This incident seems to show that if she has to choose between supporting or leaving alone other herbalists building a new community or targeting them to further her political agenda, she will choose the latter.”

In a social-media post in July, Gangji wrote that her appointment as editor “feels really exciting and like a huge responsibility.”

“I left the world of white dominated herbalist spaces several years ago and vowed to come back more prepared,” wrote Gangji, who is of Indian, Iranian and French descent. “Change needs to happen, our various traditions, histories and futures can no longer be sidelined. My goal as the editor is to ensure our stories are at the centre of the conversation, to uplift each others’ work, to inspire one another and build a future where resistance, resilience and respect are honoured.”

Conference organizers tell Hamodia they empathize with 7Song and O’Rawe.

“I feel for them; they were placed under tremendous pressure,” says Asoulin. “They are professionals, and backing out of a commitment they had made eight months prior is not in line with their usual behavior. The only explanation is that they were acting under severe duress by BDS, and we are certainly not placing any blame on them.

“The blame is squarely on AHG for caving to this anti-Israel, anti-Semitic BDS movement. We are calling on AHG to reverse its position, and to make clear that going forward, it will encourage peaceful, non-political herbalist conferences such as this one all over the world, including Israel.”

Several scheduled speakers at the Ancient Roots Israel conference, which is going on as planned, tell Hamodia that this incident threatens AHG’s status as a premier herbalist organization.

“AHG members can have whatever political or religious beliefs they want in the privacy of their own homes, but it shouldn’t affect their work as an AHG staff member or a practicing herbalist,” says Sara Chana Silverstein, an AHG member and speaker from Crown Heights. “If an Israeli researcher came out with a new study on botanical medicine, will Gangji nix the article despite the fact that the research may bring healing to thousands of people of all races and religions? I don’t see how Gangji can be trusted to be impartial.

“AHG should be a guild promoting herbalists’ and botanists’ research – not political agendas.”