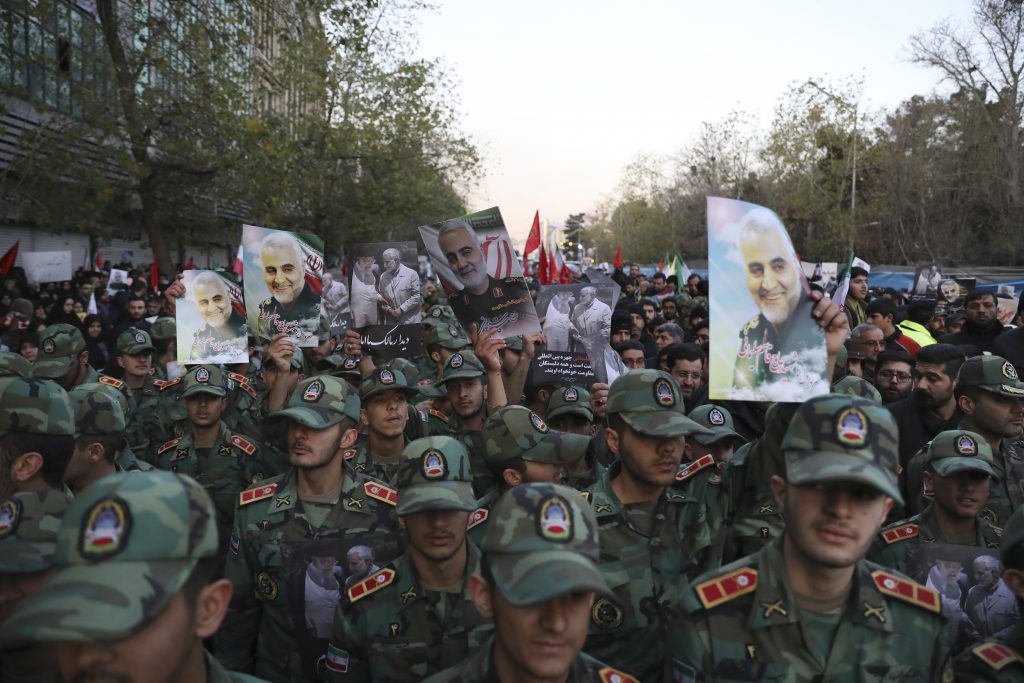 Israel assisted the United States in eliminating Iranian general Qassem Soleimani in its strike against the head of Iran’s Quds Force. NBC News reported Saturday night that Israeli intelligence supplied the U.S. with specific information on the location of Soleimani, enabling him to be targeted.

Soleimani was killed in an American airstrike on Baghdad Airport last week, by missiles fired from a drone on a vehicle he was riding in. According to the report, Israel supplied the U.S. with coordinates of where Soleimani would be when he was targeted at around 1:00 a.m. on January 3. Israel has not commented on the story.

In a separate report, The New York Times said that Prime Minister Binyamin Netanyahu was privy to the attack before it took place. According to the paper, “the only foreign leader who appeared in the know was Prime Minister Benjamin Netanyahu of Israel, who had spoken with Mr. Pompeo before the attack and later offered a cryptic public hint hours before it took place.”

Netanyahu made that “cryptic” comment the day before the Soleimani elimination before he took off for Greece on a state visit, saying that Israel “is following the situation and is in close touch with our great friend the United States, including the conversation I had this afternoon [with Pompeo]. We fully support any steps that the United States decides to take.” Netanyahu said that “we know that our region is volatile. Dramatic things happen and we are following them closely.”

Iran has sworn to retaliate against the U.S. and Israel, and in the wake of the elimination of Soleimani, Israel has begun to prepare itself for a possible Iranian attack, and security has been heightened on all fronts. The most likely target for an attack, if one does come, would be northern Israel, but no special instructions have been issued yet for residents of the region.