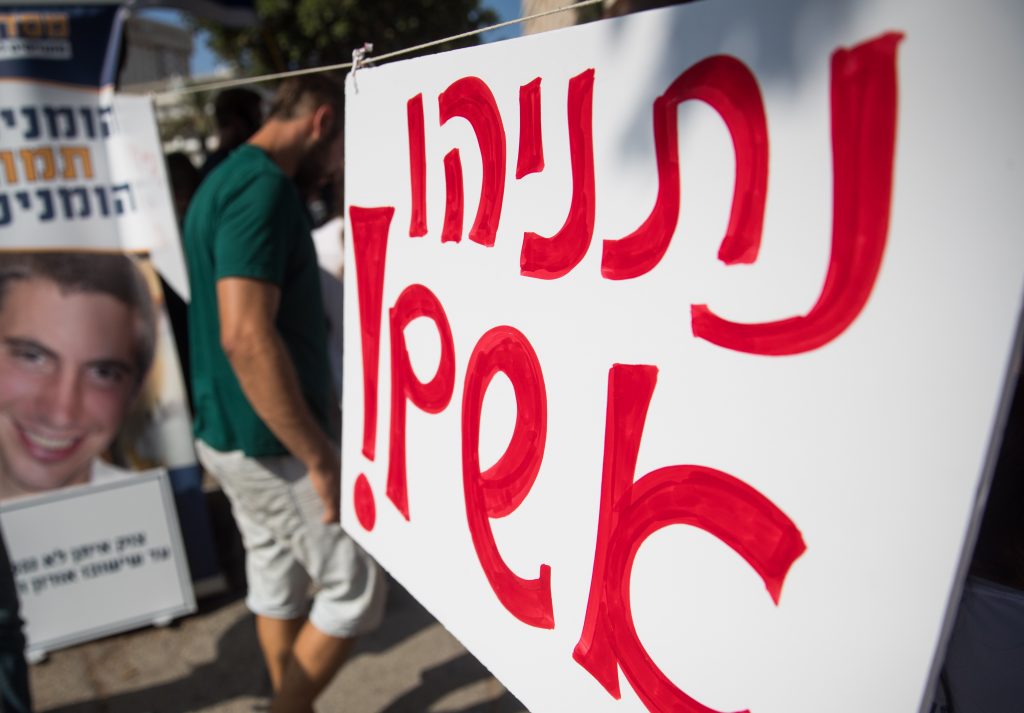 The Goldin family sharply criticized Prime Minister Binyamin Netanyahu over the weekend for releasing two Syrians who were in Israeli custody as a “gesture” for the return of the remains of IDF soldier Zachary Baumel, Hy”d, last year. “The release of the Syrian prisoners proves how great the failure of Prime Minister Binyamin Netanyahu has been in attaining the release of our sons held hostage in Gaza. The agreement to return the remains of Zachary Baumel should have included returning our prisoners in Gaza.”

Israel on Thursday authorized the release of two long-term Syrian prisoners held by Israel, in what the government called a “gesture” to Syria for the return last year of the remains of IDF soldier Zechariah Baumel, Hy”d.

Makat Sodki has been in Israeli custody since 2015 on security charges, including supporting and planning to carry out terror attacks. Previously he had been in an Israeli prison for 27 years on similar charges before being released Friday. Released Thursday and repatriated to Syria was Amal abu-Salah, who has been in jail for seven years on criminal charges.

Hamas is believed to be holding four Israelis: the remains of IDF soldiers Hadar Goldin and Oron Shaul, as well as civilians Avram Mengistu and Hisham Shabin a-Seid.

Unlike Baumel, said the Goldin family, “the fate of our son Hadar, Hy”d, is known. He is a murdered soldiers whose remains are in the hands of Hamas. This is the same terrorist group that Netanyahu does business with on a daily basis. Our boys are being held by Hamas terrorists who are getting rich off the billions that are invested in Gaza, the same terrorists who are getting millions in Qatari cash every month. Instead of pressuring Hamas Netanyahu does business with it.”

Israel received the remains of Baumel last May, thirty seven years after he went missing. Baumel was one of three IDF soldiers, together with fellow soldiers Yehuda Katz, and Zvi Feldman who went missing in a key battle in the Lebanon War on June 11, 1982 at Sultan Yakoub in Lebanon. Iran is said to be looking for these soldiers, as well as missing airman Ron Arad, and Cohen. Baumel’s remains were found in a refugee camp in Syria.