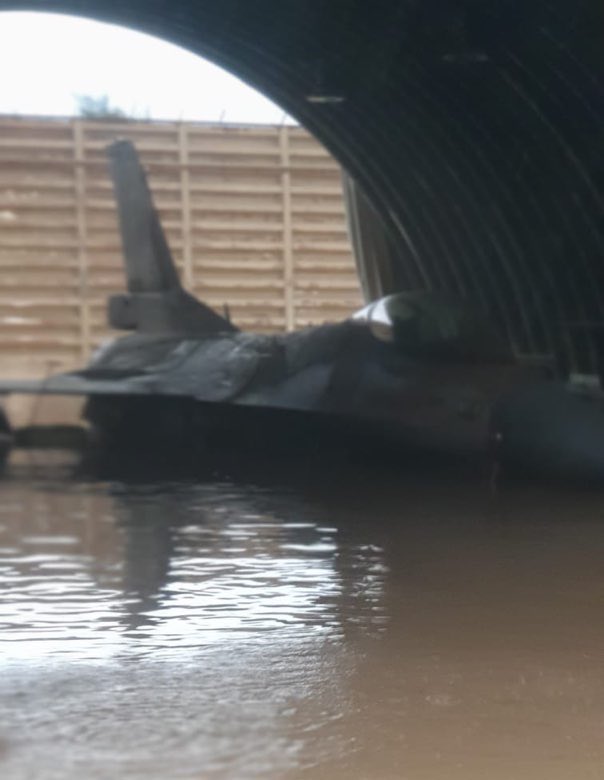 Israeli Air Force fighter planes were among the victims of last week’s storms and flooding, which caused extensive damage to a base in the south of the country, according to media reports on Sunday.

In addition, some Air Force technicians had to be rescued from the flooding in hangars at the base, which reached a depth of 4.5 feet.

The damage, which ran into millions of shekels, was forbidden from publication by military censors until Sunday, and some details continue to be withheld, according to Ynet.

The military essentially confirmed the reports, saying that “a number of planes were damaged. They will be repaired and will return to flight in the coming days.”

The rainwater has since been pumped out of the hangars, they said.

In all, storm damage over the past two weeks was estimated at something over two billion shekels ($577 million), based on data gathered by the Bureau of Insurance Agents (BIA). The damage to the private property was around NIS 1.5 billion ($432 million); repairs of public property was said to cost several hundreds of millions, as well.

Lior Rosenfeld, who heads the BIA, told Ynet that so far at least 50,000 damage claims have been filed by insurance agents.

“We are here with Mayor Ronen Marelli and we are presenting NIS 5 million in preliminary and immediate assistance to the city today, and another NIS 20 million next week in order to deal – on a preliminary basis – with those problems that must be resolved, and we will resolve them.

“We first had a hard visit, consoling the Ben-Shabbat family. It was really heart-rending to see the parents, Chava and Danny, his daughter and the sisters, an amazing family with a great hero who saved others and was swept away to his death. We know that it is very hard to offer consolation but the public’s love for them still gives some comfort,” PM Netanyuahu said.