Politics Democrat Bloomberg: If My Fortune Can Help Beat Trump in 2020, Why Not Spend More?
Politics 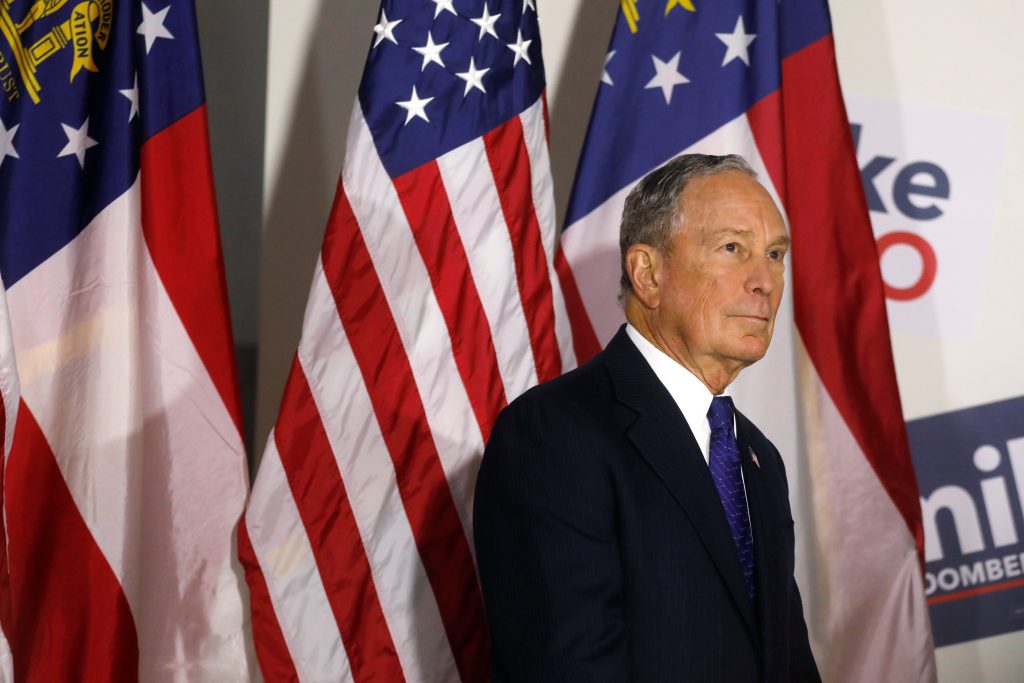 U.S. presidential candidate Michael Bloomberg told Reuters he is ready to spend much of his vast fortune to oust Republican President Donald Trump from the White House in 2020, rejecting criticism from rivals for the Democratic nomination that the billionaire is trying to buy the U.S. election.

Ranked by Forbes as the eighth-richest American, Bloomberg has flooded U.S. airwaves and social media feeds with messages that he stands the best chance to beat Trump, spending more on campaign ads since he launched his campaign in November than his main Democratic rivals have over the last year.

“Number one priority is to get rid of Donald Trump. I’m spending all my money to get rid of Trump,” Bloomberg told Reuters aboard his campaign bus on Saturday, during a nearly 300-mile drive across Texas, one of the 14 states that will vote on Super Tuesday on March 3.

“Do you want me to spend more or less? End of story.”

U.S. Senator Elizabeth Warren, one of the leading Democratic presidential contenders who has vowed to get money out of politics, blasted Bloomberg when he launched his campaign with a $37-million TV advertising blitz, accusing the former New York City mayor of trying to buy American democracy.

“These are just political things they say, hoping they catch on and they don’t like me doing it, because it competes with them, not because it’s bad policy,” Bloomberg said.

But not just the two liberal standard-bearers of Warren and Sanders, all of the four are too liberal to beat Trump, Bloomberg said.

“One of the reasons I’m reasonably confident I could beat Trump is I would be acceptable to the moderate Republicans you have to have,” said Bloomberg, a former Republican who made his fortune selling financial information to Wall Street firms.

“Whether you like it or not, you can’t win the election unless you get moderate Republicans to cross the line. The others are much too liberal for them and they would certainly vote for Donald Trump.”

After a late entry into the race, he is skipping the first four Democratic nomination contests in Iowa, New Hampshire, Nevada and South Carolina all due to take place in February.

Instead, Bloomberg is waging a nationwide campaign to capture delegates in later contests such as Texas, which will be the second largest prize among the 14 Super Tuesday states.

At campaign events in San Antonio, Austin and Dallas in Texas on Saturday, Bloomberg said his bipartisan nature made it more likely he could deliver on his pledges to expand health insurance coverage, fight climate change and reduce gun violence.

While his speeches drew modest crowds of no more than a few hundred in Austin and fewer still in San Antonio, many who attended said they were independents or former Trump supporters who had learned about Bloomberg through his massive advertising campaign.

“He’s better than Trump,” said Marcelo Montemayor, 75, who listened to Bloomberg speak at a taco restaurant in San Antonio.

Montemayor voted for Trump in 2016 but worries the president’s conservative appointees to federal courts could undermine her rights.

Bloomberg’s media ads have dominated the airwaves both nationwide and in Texas.

In the top four media markets in the Lone Star State, which include Houston and Dallas, Bloomberg has spent more than $15 million on media ads through mid-January, said Mark Jones, a political scientist at Houston’s Rice University, who analyzed Federal Communications Commission records on ad buys.

That exceeds the combined spending nationwide by Democratic frontrunners in 2019, according to a Wesleyan Media Project analysis of Kantar/CMAG media ad data through mid-December.

And for this year’s National Football League championship game broadcast on Feb. 2 in Miami, Trump and Bloomberg both plan to air a 60-second commercial, a prime example of their ability to devote vast resources to reach millions of viewers.

“You can’t get to 330 million people by shaking hands,” Bloomberg said.