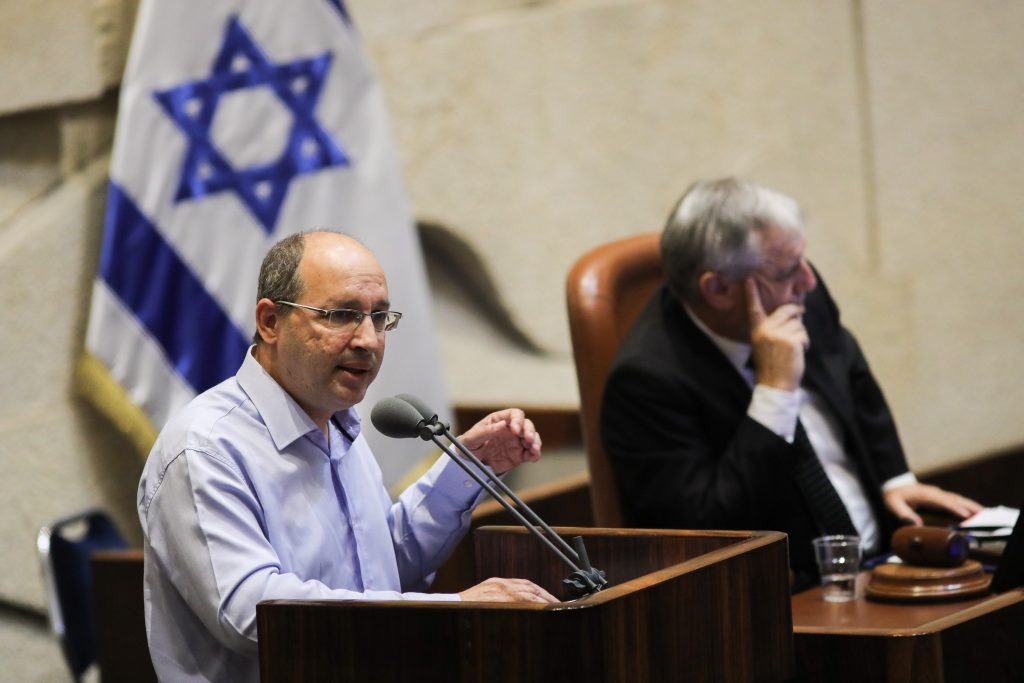 The Blue and White party eagerly announced its intention to commence the process of considering Israeli Prime Minister Binyamin Netanyahu‏‏’s request for parliamentary immunity, after rulings by the Knesset legal adviser and the High Court cleared the way on Sunday.

Eyal Yinon submitted his opinion saying that Speaker Yuli Edelstein has no power to prevent the Knesset from forming a House Committee, which would then take up the issue of the prime minister’s immunity.

“The decision is in the hands of the MKs and they are able, if they see it as correct, to form the House Committee,” Yinon wrote in the ruling.

Also on Sunday, the High Court rejected the Likud party’s petition seeking to disqualify Yinon from involvement in the matter, due to an alleged conflict of interest. Both decisions had been expected.

“I have instructed the chairman of the Blue and White faction, MK Avi Nissenkorn, to convene the Arrangements Committee as soon as possible in order to establish the Knesset committee to discuss Netanyahu’s immunity,” party leader Benny Gantz said in a statement.

Nissenkorn on Sunday night summoned the members of the committee for a hearing at 11:00 Monday morning, Arutz Sheva reported.

The Arrangements Committee will then convene the House Committee, which is procedurally tasked with deliberating such matters. The expectation is that the committee will reject PM Netanyahu’s request, according to media reports.

Edelstein said he disagreed with Yinon, but will not try to obstruct the process.

He added, “I disagree with [Yinon’s] decision,” while indicating that he did not intend to stand in its way. “As far as it concerns me, I don’t intend to help the tainted process that begins today.”

The prime minister and his supporters have argued that the committee should not be formed because the Israeli government is in transition, and also because there is insufficient time before the elections for the committee to properly weigh his request.

Edelstein also bristled at Blue and White accusations that he has tried to block the immunity discussion because of pressure from Netanyahu and the Likud.

“I’ve been the victim of an aggressive campaign to politicize my role,” he said, according to The Jerusalem Post. “Those who accused me of not being a statesman haven’t served long enough to know what statesmanship is.”

It will likely take a few days for the committee to actually meet, probably next week.

“The madness today is twofold,” Liberman said during an onstage interview in Netanya. “It is clear that Blue and White is [set on] building a coalition with the chareidim and the Joint List, while Netanyahu wants immunity, even at the cost of a coalition with Hamas.”

In response, Economy and Industry Minister Eli Cohen (Likud) said that a vote for Yisrael Beytenu in March would be the same as a vote for a fourth consecutive election, since Liberman’s refusal to join the right-wing coalition triggered the electoral repeats, The Times of Israel reported.