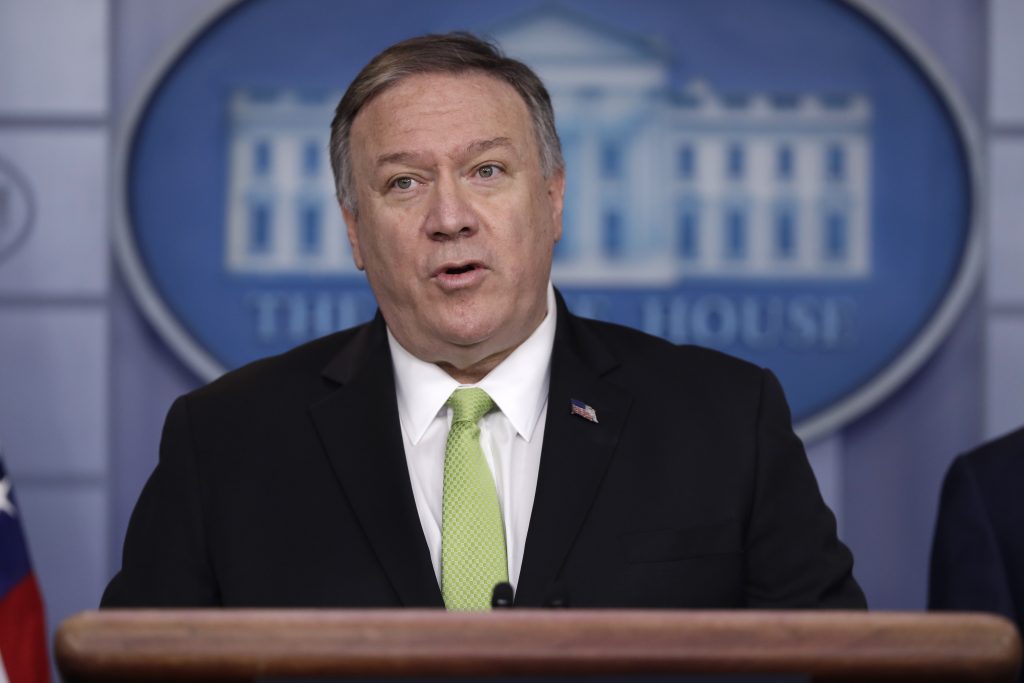 The U.S. promised “appropriate action” Friday in response to its assessment that an Iranian missile was responsible for downing a Ukrainian jetliner that crashed outside Tehran, as the Iranian government denied playing a role in the killing of all 176 people on board.

Secretary of State Mike Pompeo became the highest-level U.S. official to directly pin the blame on Iran, after Canadian, Australian and British leaders announced similar intelligence conclusions Thursday. “We do believe it is likely that that plane was shot down by an Iranian missile,” he said.

Pompeo said an investigation would continue into the incident and that once it was complete he was “confident that we and the world will take appropriate action as a response.” Leaders said the plane appeared to have been unintentionally hit by a surface-to-air missile.

Earlier Friday, Iran denied Western allegations that one of its own missiles downed the jetliner that crashed early Wednesday outside Tehran, hours after Iran launched more than a dozen ballistic missiles at two U.S. bases in Iraq to avenge the killing of its top general in an American airstrike last week.

“What is obvious for us, and what we can say with certainty, is that no missile hit the plane,” Ali Abedzadeh, head of Iran’s national aviation department, told a press conference.

“If they are really sure, they should come and show their findings to the world” in accordance with international standards, he added.

Hassan Rezaeifar, the head of the Iranian investigation team, said recovering data from the black box flight recorders could take more than a month and that the entire investigation could stretch into next year. He also said Iran may request help from international experts if it is not able to extract the flight recordings.