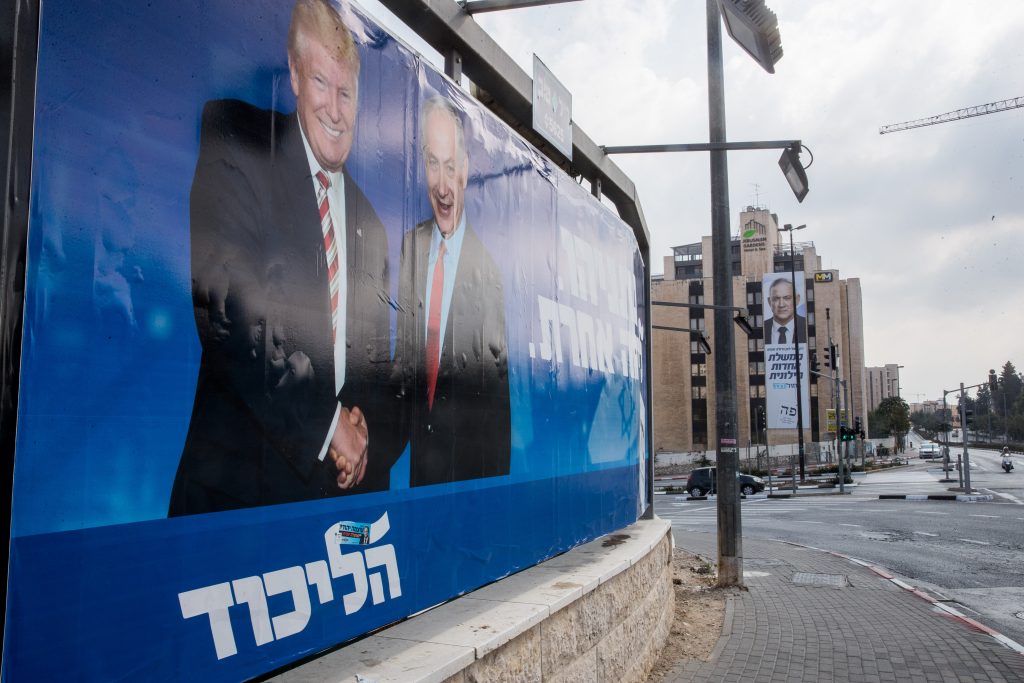 Yet another poll shows that third elections in March will do nothing to break the deadlock between right and left. A poll published in Yisrael Hayom Friday shows that whether running separately or in single lists, parties on the left and right will be unable to help either Binyamin Netanyahu or Benny Gantz to form a government of 61 MKs. Parties have until next Thursday to decide on their final lists for the March elections.

The poll shows Blue and White getting 34 Knesset seats, with the Likud coming in at 30. United Torah Judaism would get 8 seats, Shas 7, Jewish Home 5, Labor 5, Democratic Camp 5, and the New Right 4. The United Arab List would get 15, while Yisrael Beytenu would get 7. A coalition of Blue and White, Democratic Camp, and Labor would reach 44 seats, and even if the UAL were added – considered highly unlikely – the left coalition would get just 59 seats, with the right-wing coalition 54.

If all right-wing parties, aside from the Likud, united, the single list would get 11 seats. The chareidi parties would get 15 seats together, and Democratic Camp and Labor would get the same 5 seats. Blue and White would remain at 34 seats, while the Likud would go down to 29. Yisrael Beytenu would get 7. Under this scenario, the right-wing coalition would get 55 seats, and the left 44. If Democratic Camp and Labor were to unite as well, results for the blocs would be exactly the same.

Binyamin Netanyahu is still the people’s choice for Prime Minister, with 43% preferring him, to 38% for Gantz. With that, 19% of Israelis are still undecided on who would be better for the job. 53% said they were against the request of Netanyahu for parliamentary immunity on the charges against him, while 28% were in favor. Here, too, 19% were undecided.

A poll Thursday by Walla News also showed that unity on the right or left would make little difference in the election results. Running separately, parties on the right would be able to build a coalition of 55 Knesset seats. The Likud would get 33, Shas and United Torah Judaism 8 each, and New Right 6. Jewish Home and Otzma Yehudit, running together, would miss the electoral threshold. On the left, Blue and White would get 35 seats, Labor 5, and Democratic Camp 4, for a total of 44 seats. In this scenario, Yisrael Beytenu gets 8 seats, and United Arab List 13.

A united left party of Meretz and Democratic Camp would get 9 seats, with no electoral advantage for either. With that, there would be a benefit – ensuring that no votes are wasted, on the possibility that either party would not miss the threshold. On the right, a single party to the right of the Likud would get 8 seats, but the Likud would lose one – with a net gain of just one seat for the right-wing coalition, the poll said.