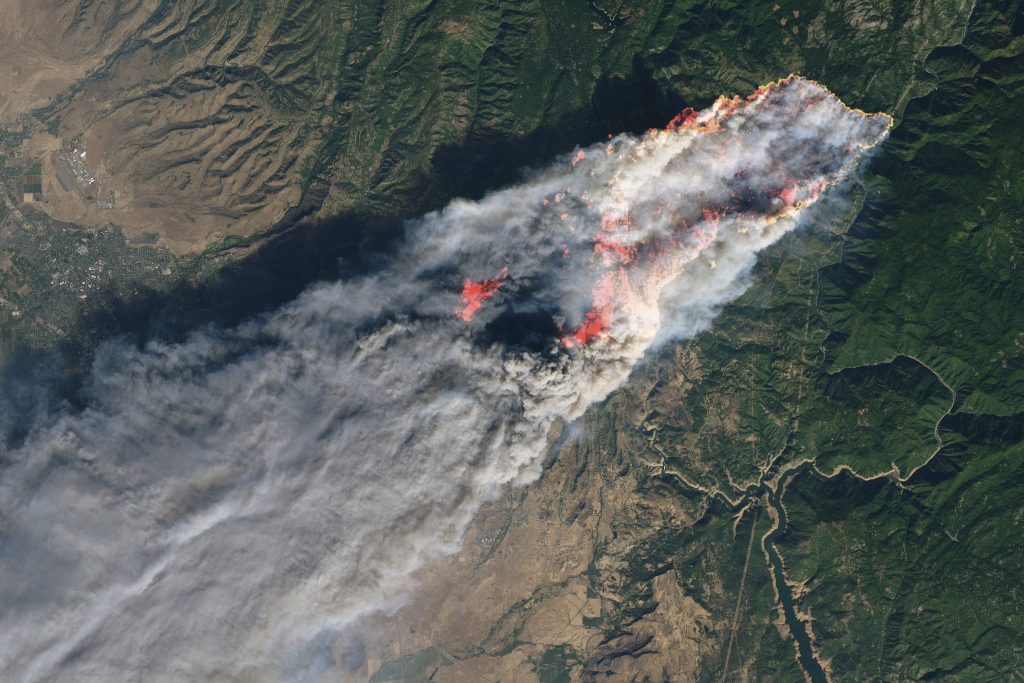 First came the flames, a raging firestorm propelled by 50 mph wind gusts that incinerated Kelsey Norton’s house and killed 85 people in her community.

Then came the smoke — not just from the forest but also from 14,000 houses and their contents that burned, generating a thick plume that enshrouded portions of Northern California for weeks and left Norton gasping.

The immediate toll of lives and property lost a year ago when the Camp Fire tore through the Sierra Nevada foothills town of Paradise, California is well documented. Still unknown is the long-term impact of the intense smoke exposure suffered by the tragedy’s survivors and the hundreds of thousands of people living in communities downwind of the blaze.

Increasingly intense wildfires are scorching forests from California to Australia and stoking concern among residents and health professionals about long-term health impacts from smoke exposure.

The unprecedented fires scorching huge swaths of Australia offer the most recent example as they blanket major cities with dangerous air pollution. Smoke from those fires, which started burning in September, by this week had spread across more than 7.7 million square miles and drifted across the Pacific Ocean to reach South America, according to the United Nation’s meteorological agency and the Copernicus Atmosphere Monitoring Service.

Compounding the danger, experts and firefighters say, is the proliferation of construction materials and household items made from petroleum-based plastics, ranging from plumbing pipes to exterior siding. Those burn hotter and generate smoke more toxic than wood does, exposing people to numerous hazardous chemicals.

Researchers and health officials are confident more people will get sick and many will die as areas of the U.S. West see bigger, more intense wildfires.

An estimated 20,000 premature deaths now occur annually in the U.S. due to chronic wildfire smoke exposure. That’s expected to double by the end of the century, according to scientists funded by NASA, as tens of millions of people get exposed to massive “smoke waves” emanating from blazes in Western states.

But forecasts can’t predict which fires will prove deadly and which individuals will develop lung ailments or other illnesses.

One of relatively few long-term studies on the issue is under way at the California National Primate Research Center. Fifty rhesus monkeys living in outdoor pens year-round were exposed to a prolonged period of wildfire smoke as infants in 2008. They’ve developed lungs 20% smaller than another group of monkeys born a year later, researchers found.

“It’s the closest animal model to replicate what happens with kids,” said Lisa Miller, the center’s associate director of research.

The difference first showed up when the animals were adolescents, and has continued as they’ve matured. It’s impossible for the untrained eye to distinguish the smoke-exposed monkeys from hundreds of others that share their pens, but Miller’s team next plans to investigate how the decreased lung function affects activity levels of the monkeys.

As the animals age, any diseases they develop and how they die would give clues into the fate of humans heavily exposed to smoke.

Studies of wildland firefighters also give insights into the risks of smoke inhalation. They’ve shown significantly higher rates of lung cancer and death from heart disease, said Michael Kleinman, who researches the health effects of air pollution and is a professor of environmental toxicology at the University of California, Irvine.

Firefighters get much higher and more frequent doses of smoke, but Kleinman said a proportional increase in illnesses could be expected among the general public exposed to wildfire smoke across California and the West.

“It’s safe to say there will probably more effects at the long-term level,” Kleinman said. “Especially if those events happened over a longer period of time or more repeatedly, there will be cumulative damage to the lung and heart which eventually will lead to chronic disease.”

As she fled ahead of the fire that destroyed Paradise on the morning of Nov. 8, 2018, Norton said the smoke was so thick, “it was like midnight.”

A few days later, she went back to work at a hospital in Chico, about 15 miles from Paradise. But smoke from the still-burning fire had made it inside the facility.

There weren’t enough face masks to go around so Norton said she went without one for several days.

Initially she felt just a bit wheezy, as she had during the last major fire in the area about a decade earlier. But two weeks later she came down with a respiratory infection that brought fever and severe congestion.

When that finally cleared, she got another, then another — eight or nine infections in all over the past year.

“I just want to break this cycle of sickness,” she said.

Norton says she never smoked, nor did her parents, and never had any respiratory issues prior to the fire. She missed so much work in the months after the fire that she got a warning from a supervisor.

To try to keep from getting sick, she rinses out her sinuses regularly and takes antihistamines to reduce inflammation in her airways. She also avoids large gatherings, including skipping office parties and two weddings, out of fear that she could pick up a virus. She tries to eat healthy and reduce stress by seeing a counselor.

Norton has been to a pulmonologist and two ear nose and throat doctors to little avail, and has been referred to a sinus specialist at Stanford University for further testing.

The pulmonologist who initially treated her, Dinesh Verma, said he sees a “direct correlation” between Norton’s smoke exposure and her subsequent health struggles.

“The logical explanation definitely would be that intense smoke, basically chemical exposure, did damage the airwaves to the extent that they’re now more susceptible” to infection, Verma said.

Verma said virtually all of his hundreds of patients from Chico and Paradise had complications after the fire that required them to be hospitalized or treated.

Most had preexisting conditions such as asthma and needed only a trigger to send them into a downward spiral. Predicting what will happen with otherwise-healthy patients like Norton is more difficult, he said.

Norton is among about 9,000 people who responded to a health survey as part of a long-term health study of smoke exposure in Paradise and other California communities. The work is led by researchers at the University of California, Davis, who plan to track the lung health of a small number of those respondents in coming years by measuring their breathing capacity.

Another participant in the UC Davis study, 64-year-old Elizabeth Watling, lives in Chico and remained there through the fire so she could look after her 94-year-old aunt. She recalls smoke so thick that it left a layer of ash all over town, gray and light as snow. The air remained heavily polluted until it rained more than two weeks later.

When she gardens or does other outdoor activities, Watling wears a face mask because her throat has become so easily irritated by dust. She fiddles with it often, taking the mask on and off to talk, and wonders how effective it will be since she can fit her fingers through gaps along her cheeks.

The health issues Watling blames on the smoke are less severe than Norton’s — a scratchy throat that won’t go away, coughs that linger, shortness of breath.

She expected those to go away but they haven’t. Watling now figures that, given her age, she won’t ever fully recover and the smoke could shave years off her life.

“I don’t think the news is good for me,” she said.