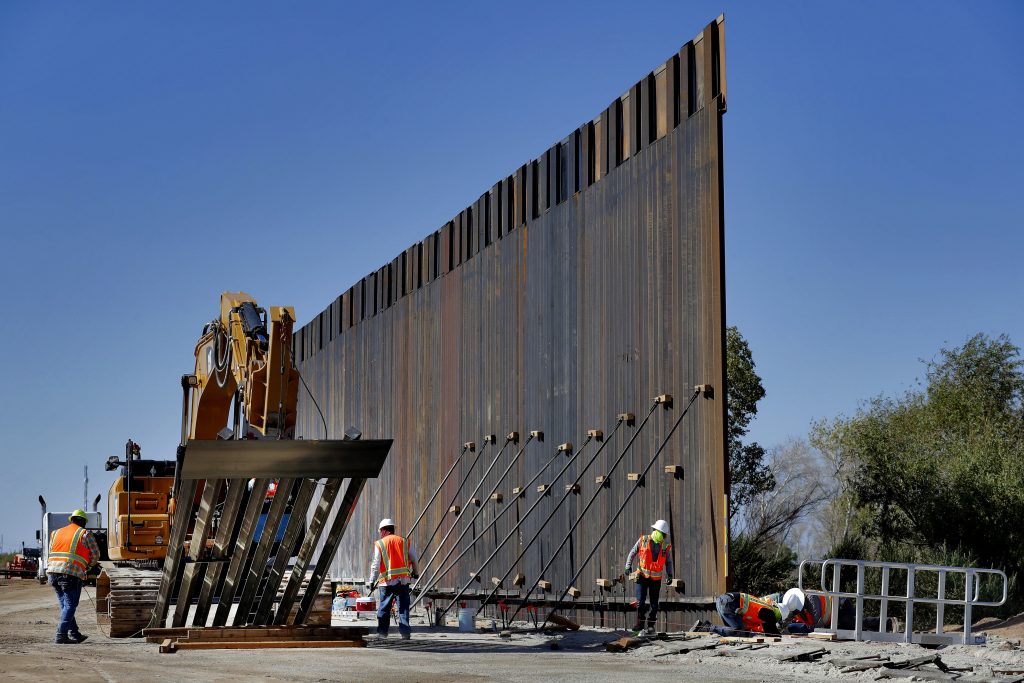 Crews could start building a private border wall in South Texas within the coming days following a federal judge’s ruling Thursday that lifted a restraining order against the project.

Fisher Industries, a North Dakota-based construction firm, wants to install 3 miles of steel posts about 35 feet from the U.S. bank of the Rio Grande, the river that forms the U.S.-Mexico border in Texas. The company’s president, Tommy Fisher, wants to spend $40 million on the private border wall — originally promoted by a pro-Trump online fundraising group — to prove that his company can build barriers more effectively.

The U.S. government sued to stop Fisher on the grounds that building so close to the Rio Grande risked changing the flow of the river and potentially pushing floodwaters into Mexico, in violation of treaty obligations. The U.S. attorney’s office argued the project could shift the river and the international boundary, which violated the president’s authority “to conduct the foreign relations of the United States.”

Existing segments of fencing and the small sections that the government is currently building typically run along the Rio Grande levee or through property a significant distance away from the river. The U.S. is currently working to seize private land to build more sections of wall in Texas.

Crane issued a restraining order in December but lifted that order Thursday. He also declined to grant a restraining order at the request of the National Butterfly Center, a nonprofit located next to the South Texas construction site. The butterfly center and environmentalists warn building a border barrier so close to the river could worsen erosion and potentially damage other land.

Fisher Industries has submitted documents to the government that argue installing fence posts and clearing and grading the land will reduce flooding, though environmentalists disagree with that claim.

Speaking after the hearing Thursday, Fisher said his work crews were ready to start working Sunday and could install all of the steel posts in a week.

“We look forward to showing the whole entire world that you can have border protection where you need it,” Fisher said.

The butterfly center had been in the path of a potential border wall for years until Congress effectively exempted it and several other environmentally sensitive areas and cultural sites.

Marianna Trevino Wright, the center’s executive director, said Thursday’s ruling “makes you wonder when it’s going to end and how many more of these proxies are there.”

At the 5th Circuit, the 2-1 ruling announced Wednesday allows the government to move forward with 11 projects in California, Arizona, New Mexico and Texas. The longest and most expensive by far would span 52 miles in Laredo, Texas, at an estimated cost of $1.27 billion.

The court noted that the Supreme Court in July had stayed a similar injunction, clearing the way for the Trump administration to tap billions of dollars in Pentagon funds to build sections of border wall.

“The Government is entitled to the same relief here,” the three-judge panel wrote.

President Donald Trump tweeted about the ruling and wrote that the “Entire Wall is under construction or getting ready to start!”

White House press secretary Stephanie Grisham said on Thursday that the court had lifted an “illegitimate nationwide injunction” and in doing so had allowed work on the border wall to continue with military construction money.

“We will finish the wall,” she said in a statement.

Opponents of the Trump administration’s actions had welcomed the earlier district court ruling that had put the work on hold, calling the Republican president’s actions an “outrageous power grab.” They noted that Trump had promised repeatedly during the 2016 presidential campaign that Mexico would pay for the wall.