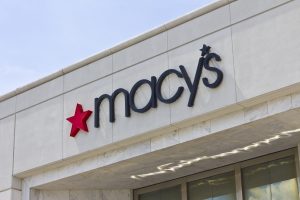 Macy’s is closing 29 stores in coming weeks despite the company reporting some improvement in comparable-stores sales during the crucial end of year shopping season.

In an email to The Associated Press, the Cincinnati-based retailer said the store closures include 28 Macy’s locations and one Bloomingdale’s store. It was unclear how that would affect employees at those stores.

Macy’s on Wednesday reported that its sales at stores opened at least a year fell 0.6% during the November and December period, which was not as bad as most industry analysts had anticipated. The company’s stock rose more than 2% in afternoon trading Wednesday.

Like other department stores, Macy’s is struggling to adapt to a shift online by customers amid intense competition from off-price discounters like T.J. Maxx.

Macy’s has pursued a number of strategies as a way to get shoppers back.

The company said it will provide an update on its growth strategy and three-year plan at its annual meeting with investors on Feb. 5.

In November, Macy’s cut its annual profit and sales expectations after posting a steeper-than-expected 3.5% drop in same-store sales for the third quarter.