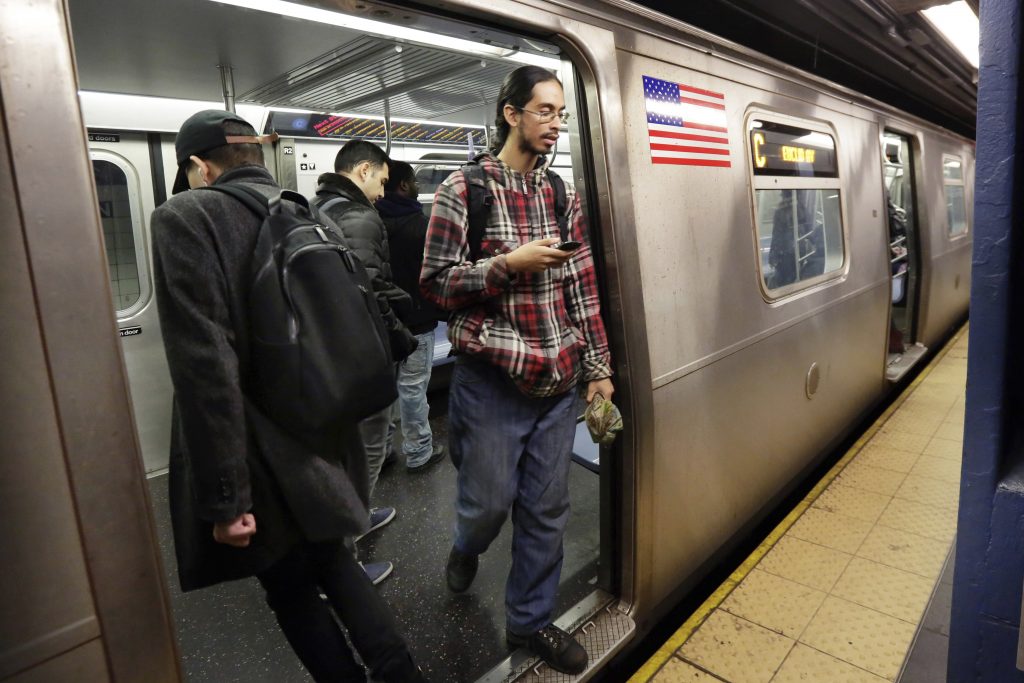 Nearly 300 of New York City’s new subway cars were removed over concerns that the doors could open while the trains were in motion, The New York Times reported Wednesday.

The 298 cars on the A, C, J and Z lines were supposed to replace subways that date back to the 1960s. They were removed after two recent incidents signaled trouble, the Times reported, citing people who were told about the malfunctions.

The Metropolitan Transportation Authority did not say what specific incidents led to removing the cars, but said no riders were injured, the newspaper reported.

The new cars, known as R-179s, were purchased for $600 million under a contract between the authority and the Canadian manufacturing giant Bombardier.

“As documented, the M.T.A. has identified repeated issues with Bombardier’s performance and finds this latest development unacceptable,” Andy Byford, the president of the New York City Transit Authority, told the Times on Wednesday. “We intend to hold the company fully accountable.”

A Bombardier spokeswoman told the Times that the company’s own investigation of the cars showed that the doors had not been properly calibrated by a supplier, Nanjing Kangni Mechanical & Electrical of China.

“We are now inspecting all of the R179 cars and, where necessary, making adjustments to ensure the safe and reliable performance of the doors for the entire fleet,” the spokeswoman said.

Transit workers complained that the new cars speedometer was hard to see, that the master controller used to drive the train was uncomfortable and the space between cars was too narrow for some workers to operate in. Riders also complained that new cars broke down much more often than older subway cars, the Times reported.

An outside firm has been hired by the MTA to inspect the troubled cars.

In 2017, Gov. Andrew Cuomo declared a state of emergency over the city’s troubled public transit system to help cut red tape and speed up improvements to the authority’s roughly 6,700-car fleet.

The city’s subways and commuter trains have been plagued by rising delays and unreliable service. At the time of his announcement, Cuomo said the state of the subway system “is wholly unacceptable,” citing decades of underinvestment, deferred maintenance and surging ridership.