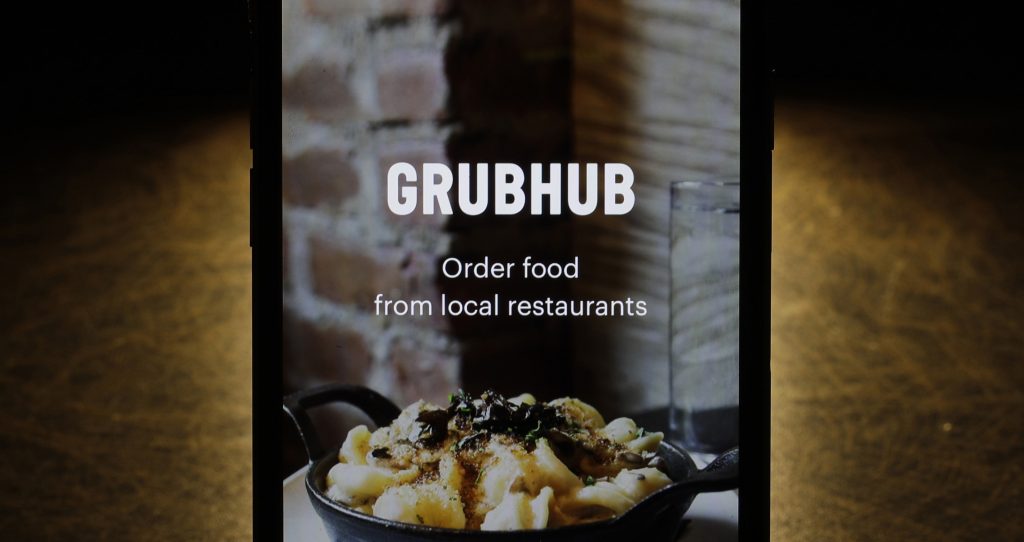 Grubhub may put itself up for sale with competition in the online delivery business growing increasingly intense.

The Wall Street Journal first reported late Wednesday that the company is exploring its options.

Grubhub Inc. said it would not comment on speculation.

The Chicago company was a pioneer in the sector, but it’s since been joined by Uber Eats, DoorDash and Postmates. The companies are finding that customers jump freely between services to find the best deal, making it more difficult to deliver stable sales numbers.

In October, GrubHub slashed its full-year revenue expectations and cautioned on competition, sending its shares tumbling 43%. In a letter to shareholders at the time, the company noted the trend in which its customers switch services depending on what’s being offered.

“As we dug into the data, we saw that our newer diners, particularly those in our newer markets, were not driving as many orders as we expected at that point in their lifecycle,” the company said in the letter.

According to market research firm NPD Group, the forecast annual growth rate of digital restaurant orders from 2017 to 2020 is 22%. In the year ending September 2019, 2 billion delivery orders were placed at U.S. restaurants, up 5% from the previous year.

But delivery represents only about 3% of all restaurant orders, according to NPD. That leaves GrubHub and its rivals to battle it out over customers.

The difficult environment has given some businesses pause. In October, PostMates postponed plans to become a publicly traded company, saying the conditions were not favorable.

Grubhub has said it hopes to double the number of restaurants on its platform by the end of 2020 by expanding a pilot program that included non-partnered restaurants. The company has admitted the new strategy contradicts its philosophy of delivering only for partnered restaurants and that it was not in the company’s best interests long-term, but that it’s an efficient way to keep current customers and lure new ones.