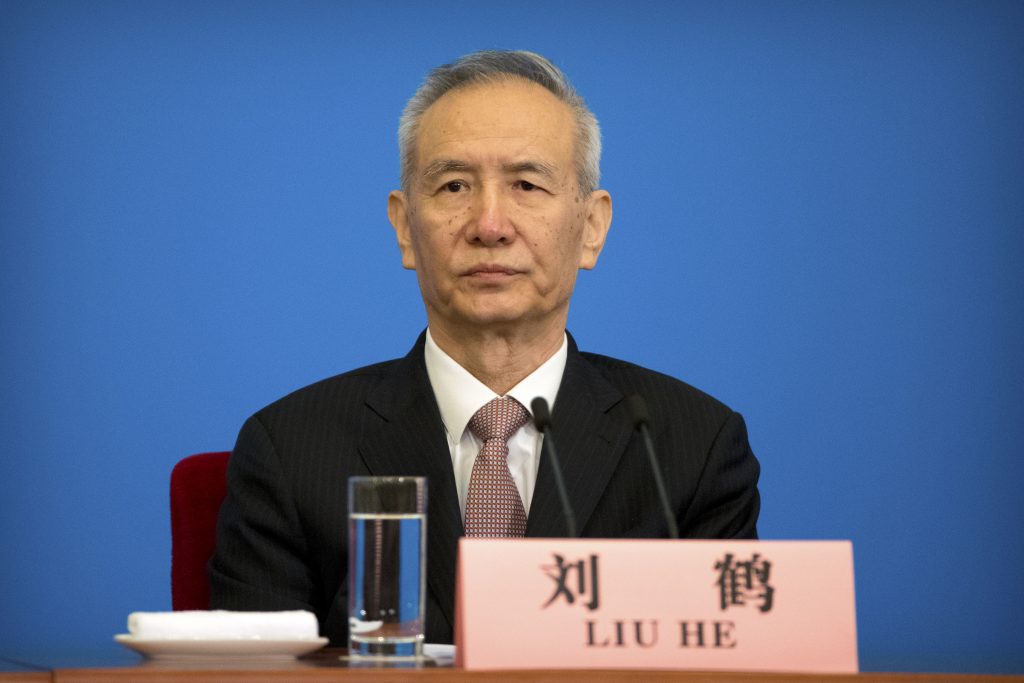 China’s economy czar will visit Washington next week for the signing of an interim trade deal, the government said Thursday.

Vice Premier Liu He, Beijing’s chief envoy in talks with Washington over their tariff war, had been expected to attend the signing but the Commerce Ministry’s statement was the first official confirmation.

Washington postponed planned tariff increases following the announcement of the “Phase 1” deal in October. But earlier punitive duties imposed by both sides on billions of dollars of each other’s goods stayed in place, dampening global trade and threatening to chill economic growth.

Liu will lead a delegation to Washington from Monday through Wednesday, said ministry spokesman Gao Feng.

Under the “Phase 1” deal, Beijing agreed to buy more American farm goods and Washington’s chief negotiator, Robert Lighthizer, said it would make changes to respond to complaints about its industrial policies. Details have yet to be announced and Chinese officials have yet to confirm any regulatory changes or the size of purchases of American soybeans and other exports.

Washington, Europe, Japan and other trading partners complain Beijing steals or pressures foreign companies to hand over technology. Washington is pressing China to roll back plans for state-led creation of global competitors in robotics and other industries that its trading partners say violate its market-opening commitments.

President Donald Trump announced last month he would sign the “Phase 1” agreement Jan. 15 and travel to Beijing after that to start the second stage of talks.

Trump hailed the interim agreement as a step toward ending the tariff war, but Beijing has been more measured in its public statements.

Economists say concluding a final settlement could take years. Potential hurdles include Chinese insistence that U.S. tariff hikes be canceled once an agreement takes effect. The Trump administration says some must remain in place to ensure Beijing carries out any promises it makes.