Politics Booker: Impeachment Trial Could Be ‘Big Blow’ to My Campaign
Politics 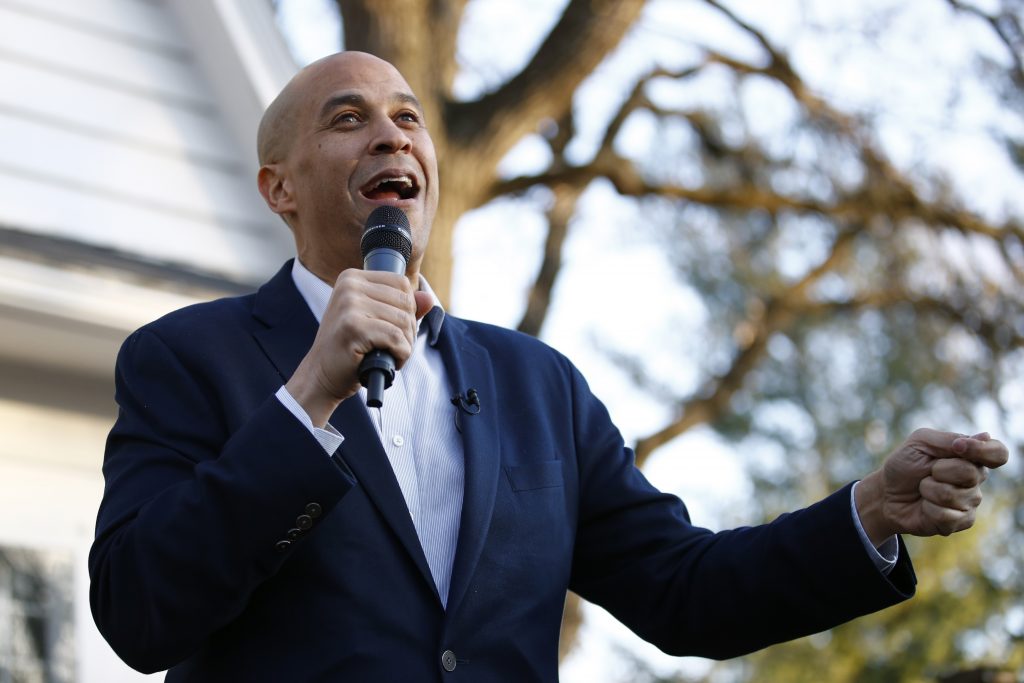 Sen. Cory Booker said a looming impeachment trial and other pressing issues in Washington could deal a “big, big blow” to his Democratic presidential campaign by keeping him away from Iowa in the final weeks before the Feb. 3 caucuses.

Booker is one of five senators running for the Democratic nomination who face the prospect of spending the lead-up to the first-in-the-nation caucuses in the Senate chamber as jurors in President Donald Trump’s trial instead of barnstorming Iowa. The challenge for Booker is particularly acute, given that he has struggled to break into the top tier of candidates and needs a strong showing in Iowa to keep his campaign going.

“It’s going to be a challenging four weeks in the caucus for us,” Booker said in an interview on an Associated Press podcast. “If we can’t raise more money in this final stretch, we won’t be able to do the things that other campaigns with more money can do to show presence.”

The New Jersey senator wouldn’t say how much money his campaign needs to raise to stay competitive in Iowa, including through TV advertising, if he’s marooned in Washington during a Senate trial. His campaign has been candid about previous fundraising struggles, announcing in September that he could be forced to end his campaign unless he raised $1.7 million in 10 days. He cleared that bar and stayed in the race.

Yet Booker’s standing remains tenuous. He failed to meet the polling requirements for the last Democratic debate and has not qualified for next week’s faceoff. A poor showing in Iowa, where his campaign has plunged significant resources, would make it difficult for him to continue in the race.

“If our pathway to victory ever closes off, I’m not staying in,” said Booker, who predicted he would “upset expectations in Iowa.”

“Whether that’s one, two, three, four, I don’t know. But we will definitely upset expectations,” he said.

Booker spoke to the AP on Wednesday just after attending an all-Senate briefing with administration officials on the intelligence used to justify last week’s targeted killing of Iranian Gen. Qassem Soleimani. Like most Democratic senators, and a small group of Republicans, Booker said he was unconvinced by the administration’s argument that an imminent threat against Americans justified the killing.

The hastily scheduled briefing prompted Booker to cancel events in Iowa to return to Washington. His schedule for the rest of the month is also in limbo as congressional leaders haggle over how and when to launch the Trump impeachment trial.

“If this trial lasts two weeks, that is literally dozens of events we won’t be able to do,” Booker said.

Booker has repeatedly sidestepped opportunities to draw sharp contrasts with some of his rival candidates, saying he doesn’t want the party’s eventual nominee to be weakened by the time they face off against President Trump in the general election. Booker said he also has genuine friendships with several of the candidates and has bonded with others during the course of the grueling campaign.