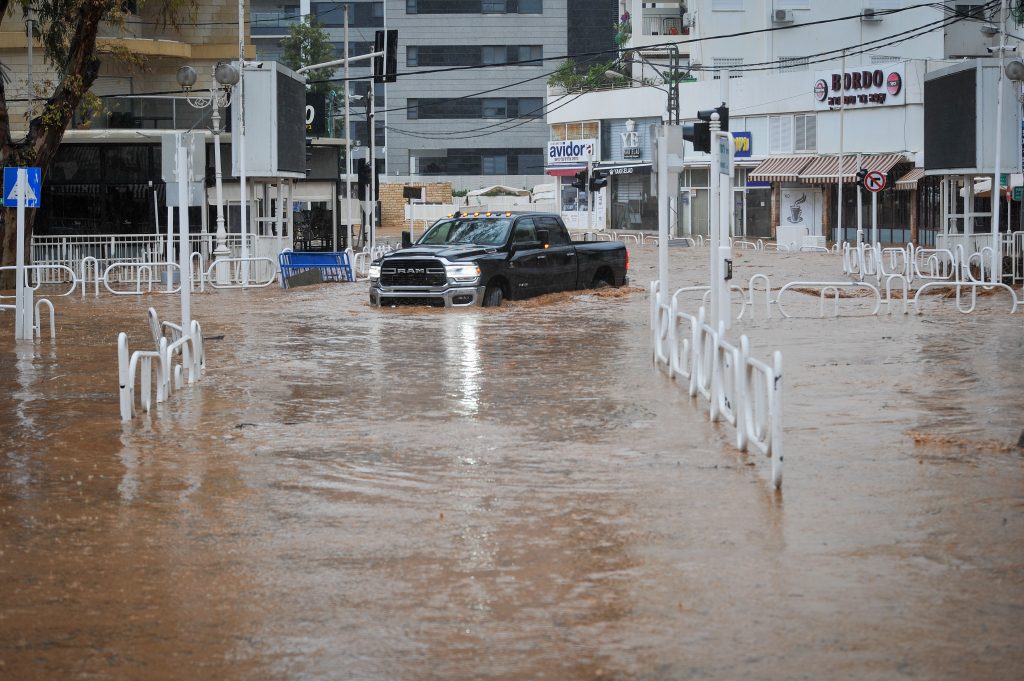 The record-breaking rains that inundated northern Israeli cities on Wednesday was heading toward central Israel, threatening overnight flooding of the kind that hit Haifa and Nahariya.

Over the past two-and-a-half weeks, the north has seen heavy rains of as much as four inches in four separate storms, according to Channel 12.

So much rain in so short a period was “never before recorded” in Israel, the network said, adding that very heavy water flow is seen in the Jordan River and Kinneret Lake.

Earlier in the day, there were dramatic scenes of life and death. In Nahariya, a 38-year-old local resident drowned while saving others from the floodwaters; and 110 students in the first and second grades were rescued from a flooded school building where they had been trapped for hours, according to media reports.

In Haifa, a woman about to give birth was rescued from the flooding and rushed to Rambam Hospital, where her first child was born later Wednesday evening.

In addition, an estimated 60,000 people in Ashdod, on the southern coastal plain, were without electricity, and a number of people were stuck in elevators, due to the storm, Ynet reported on Wednesday night.