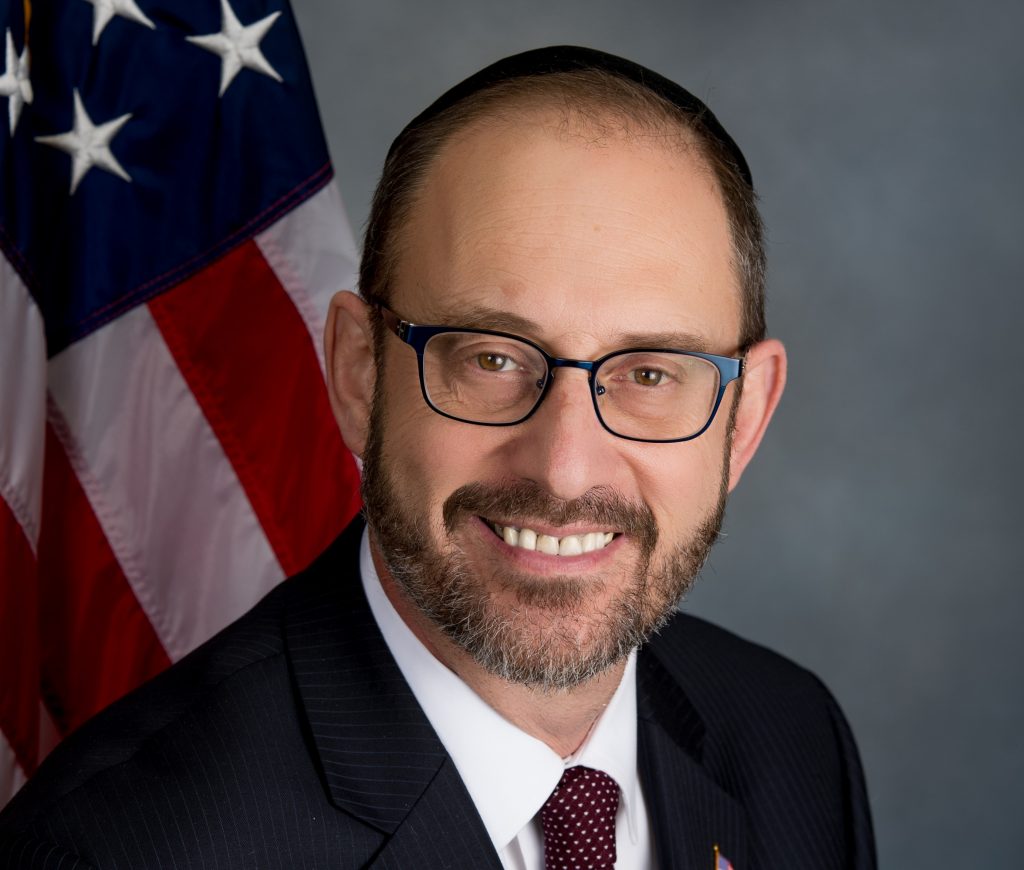 The following is an open letter from State Senator Simcha Felder calling for NYC Mayor Bill de Blasio to resign:

We took these liberties for granted- to live, work, worship and safely walk the streets of our neighborhoods. Freedom used to be a hallmark of this great democracy we call home. Now no place is sacred, no place is safe; Houses of worship, schools, grocery stores, subways and city buses, parks, populated city streets, the list goes on and on. Now, men, women and children live in fear of daily violence and the next act of terror. They have a choice: stay locked in their homes or take a grave risk.

We are in the throes of a surging wave of hate crime, encompassing acts of murder, assault, intimidation, vandalism and property damage. According to the NYPD, compared to 2018, anti-Semitic hate crimes in New York City are up [26%] and crime within the confines of our local 66 Precinct, long prized as the safest precinct in the city, has doubled. The victims, with rising regularity, are visibly Orthodox Jewish people – the ones often disparagingly referred to as the ultra-orthodox.

I understand the desire for Jews to come together and support each other in a time of fear. I understand why many felt uplifted by the experience. However, outreach to include the Ultra-Orthodox community currently under attack, who are heavily represented in my district, appeared to be an afterthought. And as an unfortunate side effect, the march presented a golden opportunity to legitimize many of the usual suspects who are happy to pay little more than lip service to their commitment to protecting the rights and lives of Orthodox Jews.

Mr. Mayor, your dismal failure in responding to this crisis is stunning, even for a mayoralty marked by dereliction of duty and severe mismanagement. Open your eyes. Hate has taken full advantage of your negligence and the dangerous, irrational policies heaved upon this city by your administration. On your watch, hate has come home to roost and despite your assertions, hate has found a very comfortable home here.

Why are villains and hoodlums suddenly emboldened to take up their guns and knives and hunt people down? Beat them and intimidate them with bricks and fists?

For years, I’ve been beating a drum to deaf ears, warning that the ill effects of your policies will endanger us all. Broken windows policing worked, but you abolished it. With the rise of quality of life issues like graffiti, vagrancy, public filth and petty crime, I warned that it would not end there. I raised a red flag when your administration completely abolished stop and frisk, when instead they should have modified it and improved upon it. Kowtowing to the police abolitionists, you stripped the NYPD of their authority that once acted as an effective crime deterrent and then stood by as anarchy ensued.

The day after innocent Jewish victims were bludgeoned with a machete in Monsey, you stood up to reassure the Jewish community that they were not alone. Why did I not stand by your side? Because your current plan clearly says the opposite.

Instead of improved security for victims, you continue to cater to the aggressors. You offered hate-crime awareness classes to reach “the young people who don’t understand the meaning of their actions” (i.e. miscreants, violent criminals and villains) and created an interfaith coalition to “identify and address the issues that drive hate-based crime” (i.e. blame the victim). Who authored this plan? Al Sharpton? Louis Farrakhan? The usual meaningless platitudes would have been less insulting!

Educate the young; certainly, you can do a better job of that. But, the only way to immediately and reliably protect a community under attack is for the NYPD to maintain a constant, visible presence throughout the neighborhood, with more cops on the beat, on foot and on bikes, and stationed as decoys. Your offer to rotate 4-6 additional cops demonstrates alarming indifference at best and the insidious nature of anti-Semitism at worst.

I asked for a permanent increase of police officers assigned to the 66 Precinct, who simply don’t have the manpower to cover the heightened needs of the district. Instead, you proposed security cameras. The critical, obvious difference is that a cop witnesses a crime and stops it, while a camera bears silent witness – its help comes too late. The statements that closely follow every incident now ring hollow.

We don’t need an administration that kicks up more fuss over the mistreatment of turtles and geese than human beings. This city is in a death spin and you, Mayor de Blasio, are at the helm and completely incapable of righting its course. The only thing you can do to protect the people now is resign.