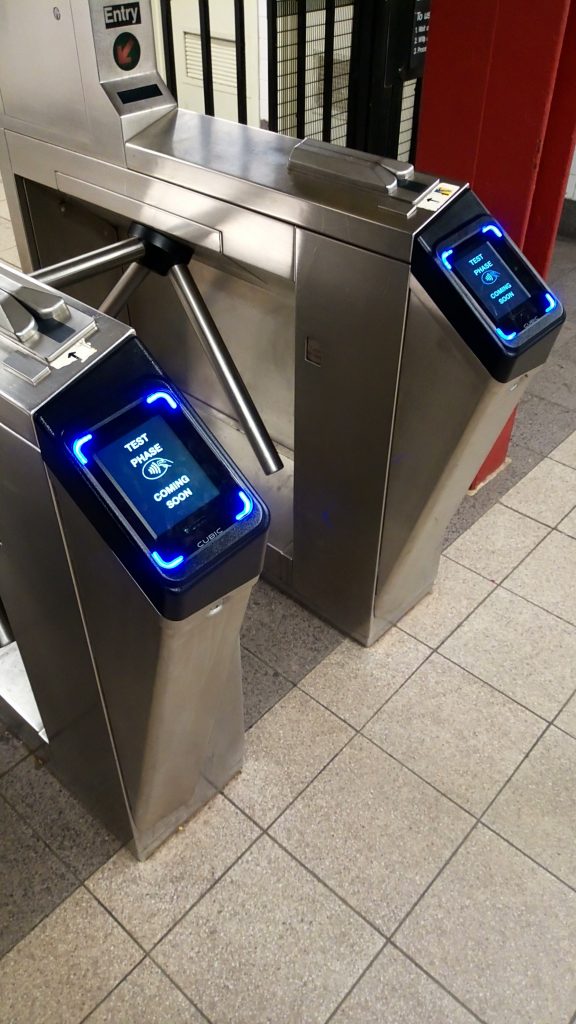 The Metropolitan Transportation Authority’s new contactless-payment system will be installed in 60 new stations this month, the MTA announced Tuesday.

The contactless system, called OMNY (“One Metro New York”), was rolled out in May on the 4, 5 and 6 subway stations between Grand Central-42

Street and Atlantic Av-Barclays Center, and on Staten Island buses. January’s expansion will add it to the B and D lines from 145 St to West 4 St-Washington Sq; the F and M lines from 47-50 Sts-Rockefeller Center and West 4 St-Washington Sq; A and C stations from Inwood-207 St on the A line and 168 St on the C line, down 8th Avenue in Manhattan to Jay St-MetroTech in Brooklyn; and the E line from 50 St to the end of the line at World Trade Center.

The OMNY system recorded its five-millionth tap last Friday. MTA NYC Transit President Andy Byford said Tuesday that “the rate at which New Yorkers and visitors are using OMNY has surpassed our most ambitious estimates, and that’s a testament to the system’s popularity.”

Under the OMNY system, riders can pay fares by tapping their contactless credit/debit cards, or smartphones or wearable devices connected to a digital-wallet app.

OMNY honors the same free transfers between subway stations and buses as MetroCard, as long as those locations are OMNY-enabled. Riders planning to transfer at locations that aren’t OMNY-enabled should continue using MetroCards.

OMNY is currently only available on a full-fare, pay-per-ride basis. By late 2020, when system will be available throughout the subway and bus system, other options will be added, including time-based passes, reduced fares and student fares. OMNY will be installed for Long Island Rail Road and Metro-North Railroad in 2021. By 2023, when OMNY will be fully rolled out to all systems that used Metrocard, including PATH and AirTrain, MetroCard will be phased out completely.

For those who don’t use a contactless credit card or smartphone, the MTA will eventually issue a new contactless OMNY card.

The MTA says cash options will always be available.