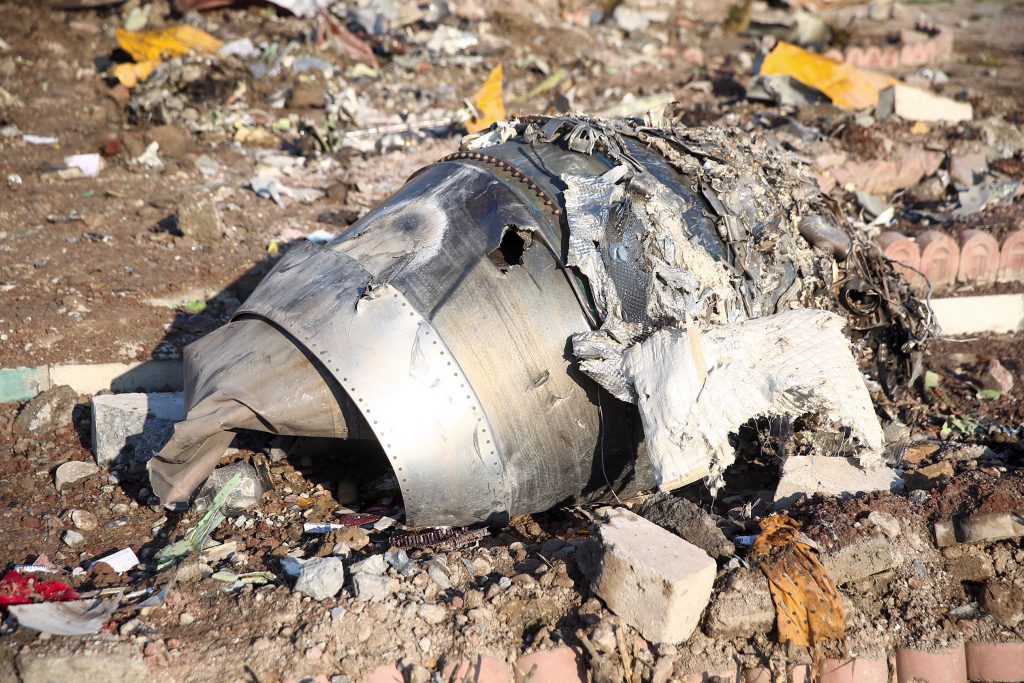 The crash of a U.S.-built airliner in Iran with the loss of 176 lives looks set to strain fragile international protocols on co-operation in air disaster investigations at a time when the United States and Iran are mired in confrontation.

The relatively new Boeing 737-800NG jet flown by Ukraine International Airlines burst into flames shortly after take-off from Tehran and crashed on Wednesday.

The results of an investigation and even the way it is set up and coordinated could inflame political differences as mystery surrounds the jet’s sudden nosedive, analysts said.

Iran and the United States are co-signatories of the basic global agreement on modern aviation 75 years ago and sit together at the United Nations’ aviation agency, widely seen as an effective watchdog while serving in the past as a back-channel for Cold War adversaries.

The 1944 Chicago Convention gave rise to strict rules about how air accidents should be investigated, marking a blueprint for co-operation that has largely stood the test of time even as member countries shunned other types of diplomatic cooperation.

Under those rules, Iran’s AAIB air accident board automatically leads what could be a year-long probe into flight 572, designed to help avoid future accidents.

As the country where the jet was designed and built, the United States has a right to be accredited to the investigation and would normally appoint Boeing as its own technical adviser.

But the crash, coming shortly after Iran retaliated against a deadly U.S. drone strike against once of its top officials last Friday, immediately triggered fresh signs of distrust.

U.S. Secretary of State Mike Pompeo said the United States was prepared to offer Ukraine assistance and called for complete cooperation with “any investigation” into cause of the crash. He did not mention any role for Iran.

Iran said earlier it would not send black boxes from the crashed jet to Boeing — a step that would in any case be unusual, according to former investigators, but which appeared intended to snub any U.S. involvement.

The United States will on the other hand not want the probe to be hijacked by what it sees as political aims, others said.

Aviation experts say Iran, hardened by a high accident rate that the country’s leadership blames on years of sanctions, has the technical capability to read the two flight recorders.

But it may need foreign help if the finger nail-sized circuit boards containing pilot voice recordings and up to 2,000 parameters of data are badly damaged inside their “crash survivable” steel or titanium casings.

Black boxes from crashed jets are sometimes sent directly to Boeing’s suppliers — U.S.-based Honeywell or L3 — whenever they are too damaged to be examined properly. That would normally be carried out in coordination with the U.S. National Transportation Safety Board.

Iran could ask another country, possibly France or Russia, to help analyze the data if needed, Hayes said. With 62 of its nationals on board the crashed jet, Canada, which has advanced technical capabilities, could also play a key role, he added.

Previous Iranian accident reports, some of which are critical of domestic operators, have shown evidence of technical cooperation between Iran and the U.S. But there has been little if any contact since Washington exited a nuclear deal in 2018.

In 2015, Iran’s AAIB asked the NTSB to produce a report on what it regarded as the harmful impact of sanctions on Iran’s air safety. The NTSB responded this was beyond its mission.

It is not the first-time countries have squabbled over sensitive investigations as economic influence in aviation shifts steadily eastwards, where travel demand is strongest.

In March last year, Ethiopia and the NTSB clashed over the crash of a different type of Boeing 737, the MAX, which remains grounded. France’s BEA has aired differences in the past with Egypt over Airbus accidents.

The latest standoff comes at a time when the U.N. protocols — nicknamed Annex 13 — are struggling to adapt to the demands of social media and the increasing tendency of parties to give their own conclusions in public.

Boeing itself has been criticized for veiled criticism of Indonesian pilots in an earlier 737 MAX crash in 2018.