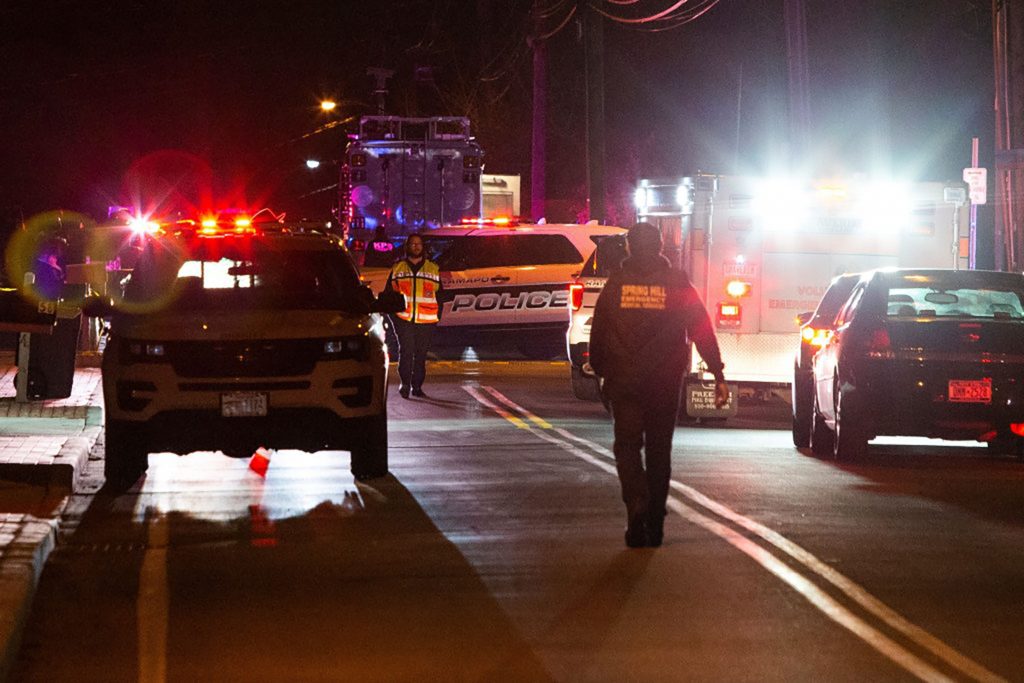 Anguish. Sorrow. Devastation. Fear. These are but a few of the ever-so-palpable feelings we are experiencing now. But who is “we”? When is “now”?

The “we” is abundantly clear; there is no room for error. But the “now” was not just yesterday, last week, or even last month.

Nobody gets out of bed in the morning, drinks his fresh-brewed Nespresso and casually swings an AR-15 over his shoulder in preparation to kill Jews. Will human decency prevail, or will the atmosphere continue to be polluted with putrid anti-Semitism?

As Chanukah reached its conclusion, we witnessed yet another horrific attack. A week that is typically celebrated with joyous parties and family fun was contorted by hate into an abyss of darkness. On nearly each day of Chanukah, New York experienced an act of hateful conduct. Instead of counting incrementally the menorah licht, a distasteful new norm compelled us to count acts of violence aimed at Yiddishkeit, which culminated with a machete-wielding maniac storming a Rabbi’s residence during Hadlakas HaMenorah, where he unleashed his terrible hatred against unassuming people who were expecting only to rejoice in their Simchas HaChag.

What a horror that the carnage in Jersey City and the attempted slaughter in Monsey occurred. What a horror that it took barely enough time for the Jersey City mourners to rise from their chairs before the next major atrocity was committed. When will the sorrow end? When will the torment subside? Governor Andrew Cuomo suitably referred to the Monsey assailant as a domestic terrorist.

Nearly twenty years after an unimaginable act of terrorism was perpetrated on U.S. soil, and less than eighty years after the Holocaust, we need to remember: There is no place for hate or bigotry. Look around to see what hate causes. We cannot allow this state of affairs to persist.

In March 2019, I was afforded the opportunity to address New Jersey’s Attorney General Gurbir Grewal and its Ocean County Prosecutor Bradley Billhimer at a “Stop the Hate” event to combat anti-Semitism and discrimination. In my remarks directed towards the dais, I implored them to act against the rising levels of anti-Semitism and discriminatory innuendo which exist in our own backyard. I quoted Pittsburgh Mayor Bill Peduto, who visited Israel for the first time after the deplorable attack on a Squirrel Hill congregation where 11 Jews were brutally massacred. Mayor Peduto said, “Hate speech leads to hate crime.” This statement was my maxim as well.

One month later, on April 5, Grewal and the Division on Civil Rights called for social media to help stem the rising tide of hate in New Jersey and across the nation by examining a page titled, Rise Up Ocean County (RUOC). In his statement, the Attorney General paraphrased my words and added, “Far too often, we have seen how hateful comments can escalate to hateful conduct.”

Kudos for taking that step; however, much more needs to be done to address the sentiments of incivility and disdain. The attitude of those willing to upload vile posts and denigrating comments needs to be eradicated because, indeed, their condescension has led to hateful conduct.

In a powerfully written letter to Governor Cuomo last week, State Senator Simcha Felder and others implored the governor to declare a state of emergency in light of this “slow-rolling pogrom,” and to deploy the National Guard to visibly patrol Orthodox Jewish neighborhoods throughout New York.

This is the plight of American citizens in 2020!

Last summer, Attorney General William Barr like-mindedly declared a state of national emergency to assist the crime-fighting efforts in Alaska, whereby he made available millions of dollars to hire and train law enforcement to combat crime. (Similar initiatives have been made on the national level to address gun violence and to pay for law enforcement expenses after mass shootings in various cities.) Attorney General Barr said, “Lives depend on it, and we are committed to seeing a change in this unacceptable, daily reality.”

Sadly, Orthodox Jewish American citizens seem to be in a similar predicament. Must we wait for another resentful perpetrator to carry out an act of violence, chas v’shalom, before real, meaningful steps are taken?

Many political leaders have taken a firm stance against these heinous attacks. Ocean County, New Jersey, Prosecutor Billhimer wrote, “We are horrified by the senseless acts of violence in Monsey. Anti-Semitism, hatred and intolerance will not be tolerated in Ocean County. We stand united against hatred in all of its devious forms.” GOP Chairwoman Ronna McDaniel tweeted, “Absolutely sickened by yet another cowardly attack on the Jewish community. We all must stand up against these vile acts of hate.” President Trump also commented on the gruesome Monsey attack, “We must all come together to fight, confront, and eradicate the evil scourge of anti-Semitism.”

We must internalize this message to eradicate hate and recognize its impact. Do not be deceived by haters or misled by those who hold political office, yet continue to incite further violence. Anti-Semitism is in our midst, and we must stand up to it with courage, decisiveness and strength. The flame of the menorah will burn onward. The flame of Judaism will not be extinguished.