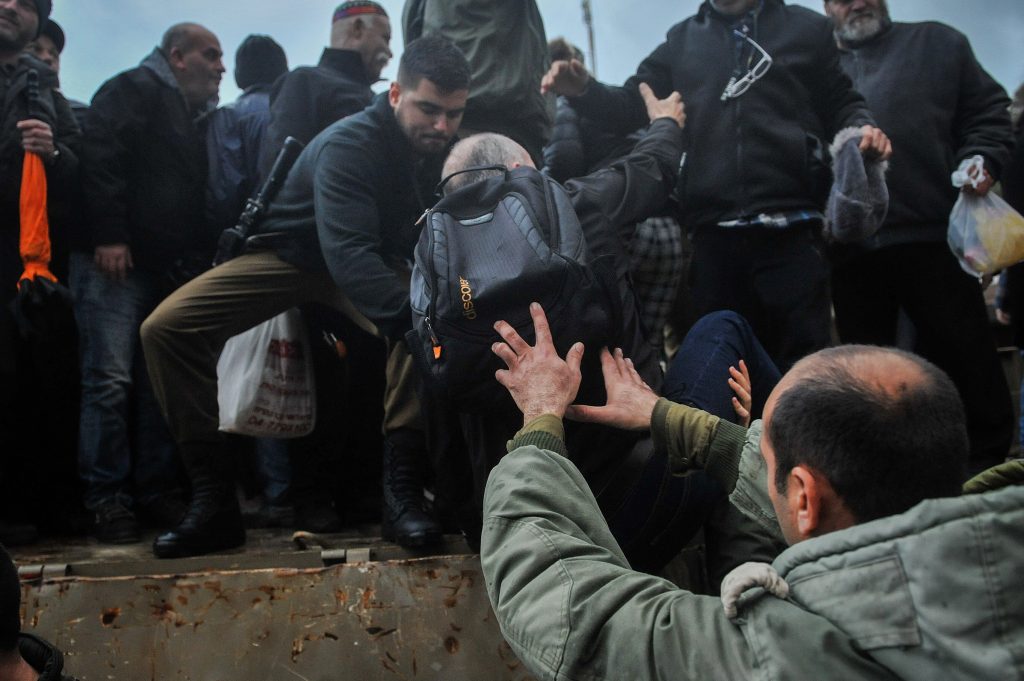 The rescue operation to extricate 110 students trapped in the flooded Ussishkin school building in Nahariya ended successfully on Wednesday evening, all the children reportedly emerged safely.

The northern coastal city of Nahariya was struggling with severe flooding on Wednesday, in which one person drowned earlier in the day and many people were helped to safety by firefighter and rescue teams, including IDF personnel.

The drowning victim was identified as Moti Ben Shabbat, 38, a resident of the city, who was rescuing others from the floodwaters when he himself was swept away.

Firefighters also safely rescued 15 children and several staff members from a pre-school that was flooded in the Sprinzak neighborhood.

IDF units were dispatched to flooded areas to help pedestrians to safety, according to Ynet.

The Nahariya Municipality instructed people to stay home until the floodwaters recede.

In Haifa, the Haifa Center HaShmona railway station area was flooded after a 2-inch downpour in less than two hours hit the city on Wednesday morning.

Police and local rescue teams closed several roads and sites in the Haifa metropolitan area and rescued several civilians whose vehicles were stranded in the flood.