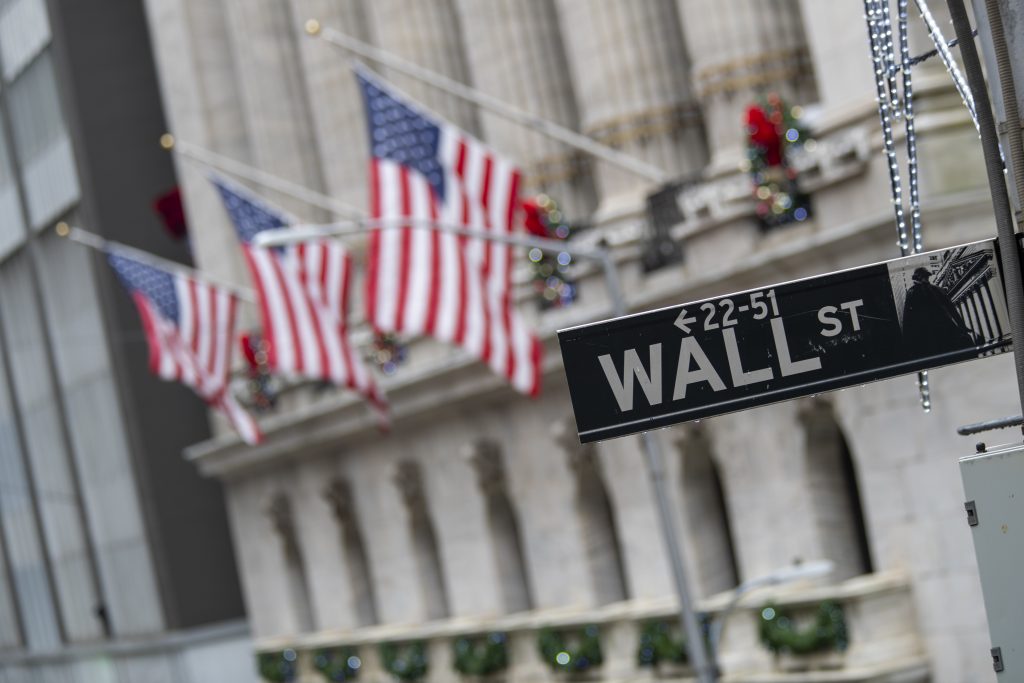 U.S. stocks mostly fell on Tuesday, but the big rush for safety that coursed through global markets after the United States killed a top Iranian general on Friday slowed.

Gold’s momentum eased a day after touching its highest price in nearly seven years, several Asian and European stock markets clawed back much of their losses from Monday and benchmark U.S. crude dropped for the first time in four days. The S&P 500 dipped but remains within 0.6% of its record, and a measure of fear in the stock market moved lower.

The market’s return to a wait-and-see approach wasn’t that surprising to some investors, even as talk remained tough in the increasingly tense U.S.-Iran confrontation. U.S. officials were preparing for an Iranian response to their drone strike against Gen. Qassem Soleimani.

The market may be more focused on the upcoming earnings season for U.S. companies and the forecasts that CEOs will give for 2020 profits, said Rich Weiss, senior portfolio manager at American Century Investments. After a year where the S&P 500 surged roughly 30%, despite profits for big companies falling, he said investors will need to see more solid growth to justify near-record prices.

“We definitely pay attention and are keeping an eye on” the U.S.-Iran tensions, Weiss said. “But it’s not what we alter investment strategy on.”

“The market seems to be looking right past” the tensions, he said. “I’m much more concerned about the fundamentals. The lack of earnings visibility is troubling.”

Energy stocks dropped with the price of crude. Benchmark U.S. oil fell 57 cents to settle at $62.70 per barrel. It had jumped more than $2 per barrel over the last two days. Brent crude, the international standard, fell 64 cents to $68.27 a barrel.

That helped drag Halliburton down 2.8% and Chevron down 1.3%. Apache was an outlier, and the oil and gas producer surged 26.8% for the biggest gain in the S&P 500 after it and Total said they found a significant amount of oil off the coast of Suriname.

Asian stock markets had some of the day’s strongest gains and clawed back much of their losses from Monday. Japan’s Nikkei 225 jumped 1.6%, South Korea’s Kospi rose 0.9% and Hong Kong’s Hang Seng added 0.3%.

Gold slowed its momentum and rose $5.60 to settle at $1,571.80 per ounce. It had climbed more than $16 each of the last two days as investors piled into what they thought could hold steady even if a war broke out in the Middle East.

Treasury yields climbed modestly after a pair of reports showed that U.S. manufacturing continues to wane, but not by enough to drag down the rest of the economy. The 10-year Treasury yield rose to 1.82% from 1.81% late Monday. The two- and 30-year yields also inched higher.

Manufacturing has been weak in the country and around the world, hurt by tariffs and trade wars, and a U.S. Commerce Department report showed that factory orders fell 0.7% in November from a month earlier. It was the third drop in the last four months.

But even with that weakness, the solid U.S. jobs market and spending by households have helped prop up the rest of the economy. A separate report released Tuesday morning showed that the nation’s services industries grew at a faster pace last month than economists expected. The reading includes activity in the retail, health care and other industries.