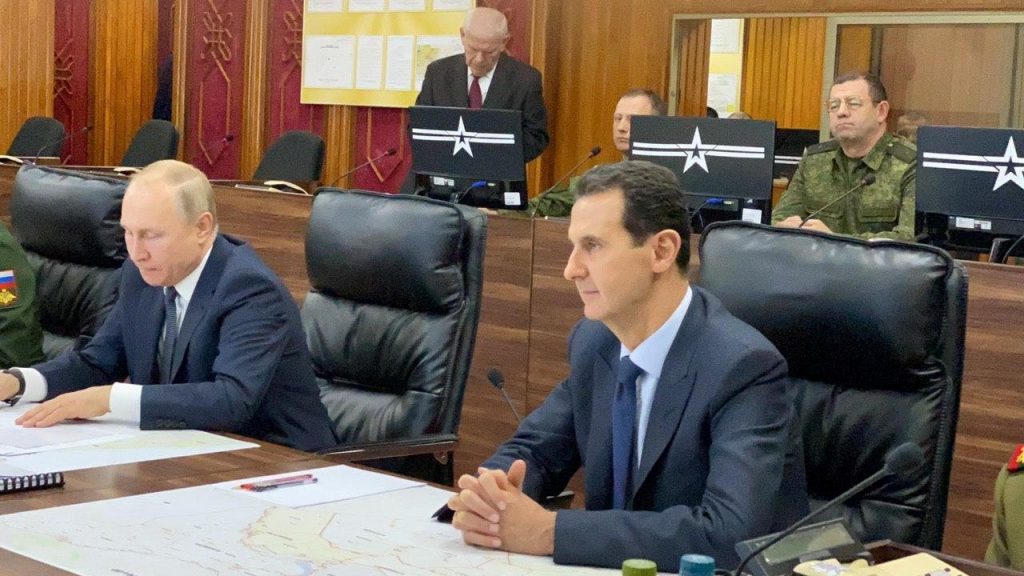 Vladimir Putin met Bashar al-Assad in Damascus on Tuesday, the Russian leader’s second trip to Syria since Moscow intervened decisively on the Syrian president’s behalf in a civil war.

The visit comes at a time of heightened regional tension, when Assad‘s other main military ally Iran has said it will retaliate against the United States for the killing of an Iranian general.

Qassem Soleimani, who was one of the key figures in Syria’s civil war as the architect of Iranian military operations in the Middle East, had just arrived in Iraq from Syria when he was killed by a U.S. drone on Friday at Baghdad airport.

Russian and Iranian support have helped Assad win back nearly all territory from rebels who tried to overthrow him during the civil war that began nearly nine years ago.

Putin told Assad that much had been done to restore Syrian statehood, while Assad thanked Putin for his assistance in restoring peaceful life in Syria, Russia’s Interfax news agency reported, citing the Kremlin. Putin will visit several facilities in Syria during the trip, it added.

Syrian state news agency SANA showed a photo of Putin smiling as he shook Assad‘s hand and said they had listened to a military presentation by the head of Russian forces in Syria.

Putin’s previous trip to Syria was in 2017 when he visited Russia’s Hmeymim air base.