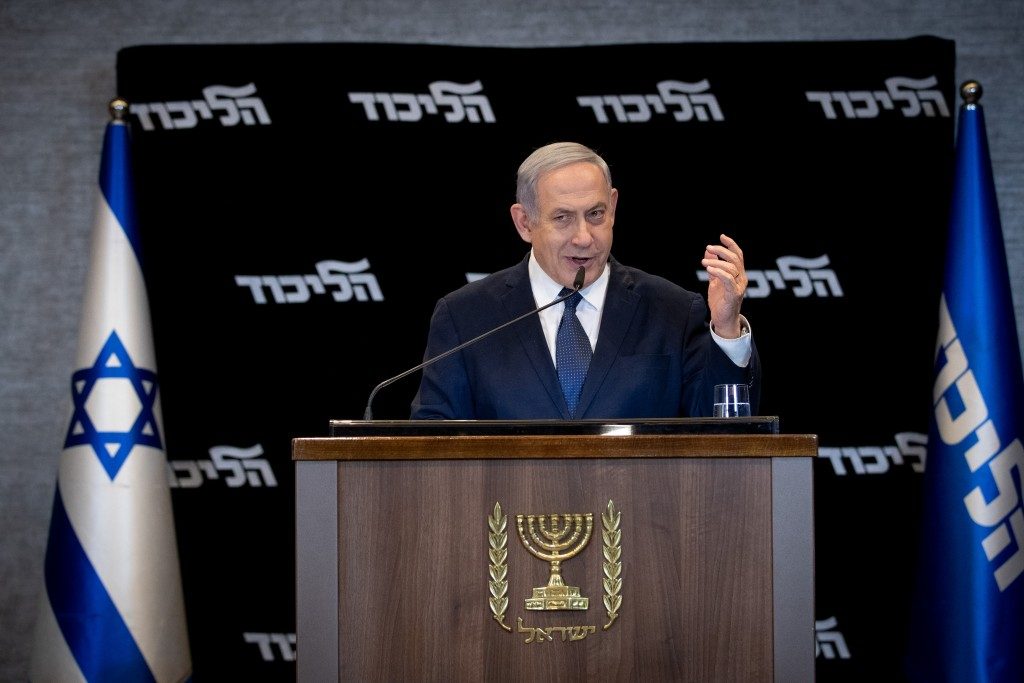 Democracy is the public’s wish — but the public has to make the right choice.”

There’s a myth that the elections in Israel are close, that the left and right are running neck and neck. The reality is that the left isn’t even close to being able to form a government, unless it enlists the support of 13 or so MKs who identify as Palestinians and who brand Israeli soldiers as war criminals. In the past two elections, it never managed more than 45 seats — miles away from the 61 needed to form a coalition.

What to do when the electorate rejects you? Use the media to vilify the right-wing prime minister, pressure the prosecution to indict him and then petition the High Court to bar him from forming a government, since, after all, he’s been indicted. That’s despite the fact that he enjoys the presumption of innocence and the law explicitly allows him to serve until he’s been convicted and exhausted the appeals process.

The only way to ensure that it is the public that decides who its leaders should be — not the media, prosecution or courts — is to grant politicians parliamentary immunity. That doesn’t mean that they are above the law, only that criminal proceedings against them for, say, taking cigars and champagne from friends or trying to arrange good press coverage, will have to wait until after they leave office.

If that sounds suspiciously undemocratic, not to worry. France, which is no newcomer to democracy, has such a law. (If U.S. President Donald Trump were prime minister of Israel, his fate wouldn’t be in the hands of fellow politicians, in the House and Senate, but in those of prosecutors and judges — a leftist clique that never has to give an accounting to the public.)

Binyamin Netanyahu is not a paragon of virtue. He is known to freeload off of friends, to let others pick up the tab at restaurants because he’s conveniently forgotten his wallet at home, to ask for gifts and discounts. But no one can claim that the voters don’t know who they’re voting for. There isn’t a person in Israel who isn’t familiar with the charges, which were announced with great solemnity by the attorney general — always at the worst possible time for Netanyahu politically.

At the same time, people also know what he’s done for the country during his long tenure in office, for its economy, defense, relations abroad, health and more. And they know, and have little confidence in, the alternative: A former IDF chief of staff who hasn’t had a day of government experience and a charismatic politico whose only “success” as finance minister was in implementing draconian cuts to the Torah world.

Chaim Ramon, a former justice minister, is no friend of Netanyahu’s. A former Labor Party minister and Histadrut chairman who passionately believes in socialism, the two-state solution and dividing Yerushalayim, he has every reason to want to see a regime change. But he wants to see Netanyahu receive immunity.

“Two million people want him to be prime minister despite his cases,” he said, adding that the proper place to decide the issue of Netanyahu is the public arena, not the legal arena.

Turning to the courts is an act of arrogance, he said, a desperate search for an alternative to democracy. It’s what the “enlightened” do when they realize that the public hasn’t heeded President Reuven Rivlin’s instruction to make “the right choice” at the ballot box.

The only way to protect democracy in Israel is to grant Netanyahu immunity.