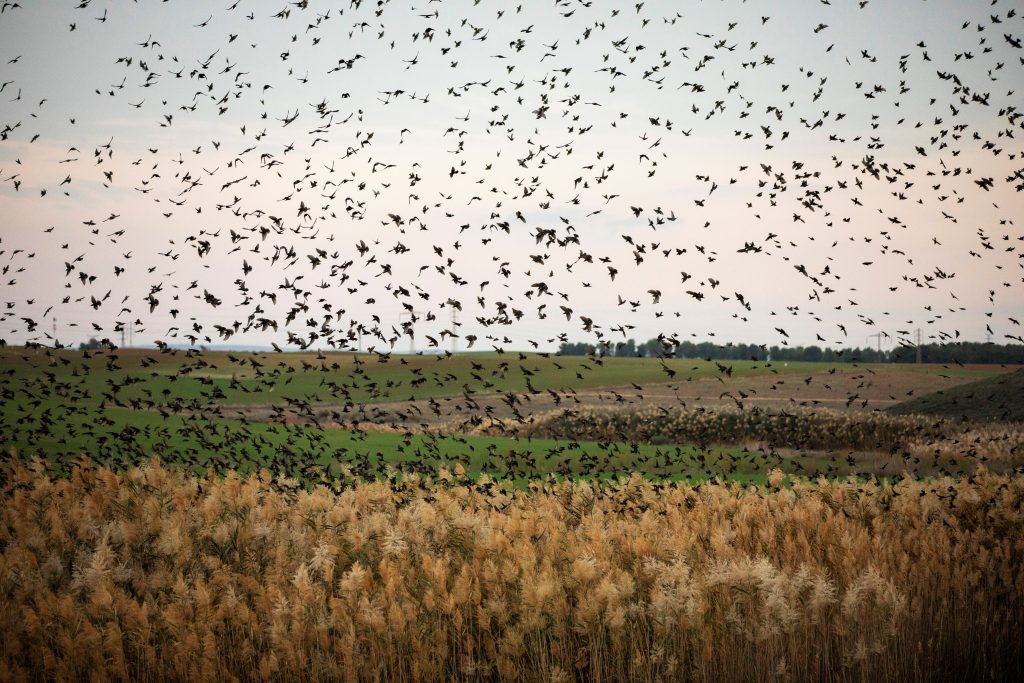 Until 20 years ago, starlings from Eastern Europe migrated to Israel for winter in their millions, but their numbers have dropped to flocks of between tens of thousands to a few hundred thousand.

Researchers have not yet identified the reason for the decline, though the birds still put on a dazzling show in the Holy Land – twisting and turning at high speed, creating dramatic, sweeping patterns in the southern Israeli sky.

By grouping together, the starlings not only find safety in numbers but their changing movements and shifting collective shape confuse their would-be attackers.