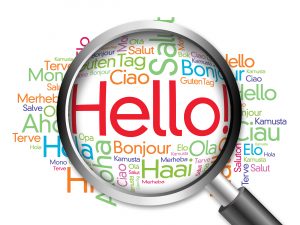 Republican lawmakers have resurrected a bill that would make English the official language in Wisconsin, renewing their argument that the measure will push immigrants to learn the language and make them more attractive to employers.

Sens. André Jacque, Dave Craig and Steve Nass began circulating the bill for co-sponsors Monday. The proposal would declare English Wisconsin’s official language and require all state and local government officials to write all their documents in English.

The senators wrote in a memo to their colleagues seeking co-sponsors that English is vital to American society and that immigrants’ job prospects improve dramatically if they can use the language.

Thirty-two other states, including neighboring Illinois and Iowa, have declared English as their official language, according to U.S. English, a citizen’s group that works to preserve the language.

The clock is already ticking for Jacque, Craig and Nass; with Democratic Gov. Tony Evers poised to veto any major GOP initiatives, Vos and Fitzgerald are expected to convene only a handful of floor periods before the 2019-20 session ends this spring.

Jacque and Craig introduced the bill in 2013 when they were both in the state Assembly.

Former state Rep. Marlin Schneider, a Democrat, introduced the bill in 2009 and got a number of Republicans to sign on as co-sponsors, but Democrats controlled the Legislature that session and the proposal never got a hearing.

Rep. JoCasta Zamarripa, a Latina Democrat from Milwaukee, issued a statement Monday accusing Republicans of pushing an anti-Latino agenda to divide the state.

“This bill reared its ugly head in previous sessions, but it didn’t even receive a public hearing because it is clear Wisconsinites do not support such extreme policies,” she said. “The shameful attacks on Latinos are divide-and-conquer politics at their worst.”